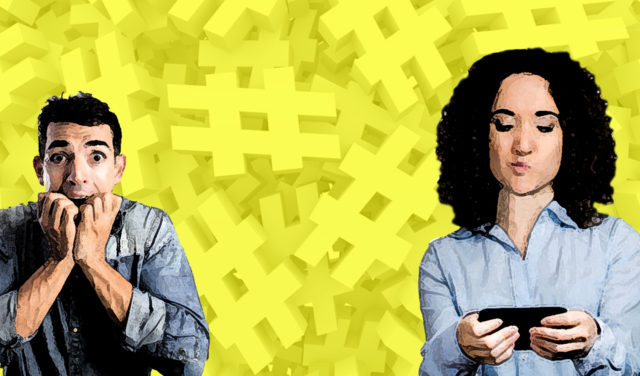 In 2017, over 100 prominent men in entertainment, media and politics faced allegations of sexual misconduct. Some of these men, including movie mogul Harvey Weinstein, Senator Al Franken, journalist Charlie Rose and comedian Louis C.K., lost their jobs or took major hits professionally, while others emerged unscathed.

In solidarity, millions of women around the world spoke out about their own painful experiences with men, under the #MeToo banner.

While sexual misconduct is obviously nothing new, there’s no question that it’s being discussed more, and — in some cases, at least — the accused are meeting with greater consequences. Is this new climate of awareness and responsiveness what we need to finally heal the rift between the sexes?

At the close of 2017, Boulder Weekly sat down with Boulder psychotherapist Jenna Noah — a Licensed Professional Clinical Counselor who works with individuals and couples around sexuality and is currently pursuing her Ph.D., focusing on sexuality and female empowerment — to discuss the state of sex in 2018.

Boulder Weekly: With all of the recent sex scandals in Hollywood and politics, do you think there’s more sexual misconduct out there or is it just that more attention is being paid to it?

Jenna Noah: I think that there’s more reporting and more safety and more willingness to step out and speak up. It seems like the female voice is really taking a stand and making a comeback.

BW: To what do you ascribe that willingness to speak out?

JN: It’s power in numbers. Often when there’s sexual misconduct … it leads to a certain amount of shame and, very typically when people are going through certain traumatic experiences, the number one response is actually to silence yourself and not say anything to anybody because of the shame.

I think there is a certain degree of safety when there are this many people saying this has actually happened to me … and there is a ripple effect.

BW: Do these concerns apply solely to heterosexual and/or cis-gendered males and females?

JN: I think that the trans population is one of the most vulnerable populations and there needs to be more consideration of trans rights. The suicide rate among trans people is very high, feeling safe just walking in public is something that trans people often don’t have the capacity to do.

Sort of [similar to] what the gay and lesbian movement was 15-20 years ago … there are almost more societally accepted norms [now] around being gay and lesbian, and that’s not the same as trans people.

BW: In comparison to recent decades, do you think the average woman feels more empowered or more threatened today?

JN: With the current presidency — as Trump was elected and he’s speaking out basically to say that he’s a perpetrator and that he’s grabbed women by the pussy — I think that that has actually, in my clinical practice, led to a lot more fear … of having somebody in charge of our country who has committed these acts.

I also feel like, in the small circle that I run in in Boulder, there is more empowerment around sexuality. There are women who are using their sexuality and their voice as their own, to take a stand and represent themselves in ways that they feel comfortable about. And so I think the sexual empowerment edge is kind of right there, they’re kind of hand in hand. I think that there’s actually more capacity right now to speak out and to be open.

BW: Should men be re-examining the way they interact with women they’re interested in? How about vice versa?

JN: I think there are some men who are incredibly aware, incredibly conscious, who kind of knew these dynamics were going on all along. If you were a man who didn’t know this was happening … it’s time to really start to look at what it means to be in a masculine body … the rights that you can exploit unconsciously without realizing, because you’re in a power position.

There’s definitely some education to be done on all sides of this framework. That’s the opportunity of something like this … the more voices, the more opportunity for us to come together to support one another across gender.

BW: How would you respond to men, such as actor Matt Damon, who say there is now a disproportionate focus on men behaving badly and not enough attention paid to men who have been following the rules?

JN: It reminds me of “All Lives Matter.” It’s like, “Well, fuck you, actually Black Lives Matter!” At this point in time it’s not about the good guys, it’s about the fact that there are a lot of not good guys out there.

Of course there are amazing men out there. Of course. But there’s a certain segment of the population … that maybe isn’t so OK, and there are so many people who have been victimized, so that’s the real issue at hand.

There are amazing men in the world who are protectors, who are providers, who are engaging in … what it means to be an upright man in this culture. And I don’t think it’s actually easy; I think there are a lot of cultural pressures on men that don’t get talked about. It’s so painful, so for those people who are fighting the good fight … the knights in shining armor: keep fighting and speak out.

JN: I work with a lot of non-binary individuals … so I think [while] some people who are masculine identify being dominant, some are actually interested in being submissive, and there’s actually a big range of human experience. Historically, throughout time, I think that men have been more of the pursuer, and the feminine archetypes more receptive.

I advocate for BDSM/kink rights with the people I work with, so if you have consent, I think you’re good to go. There are plenty of women out there who like to be dominated, and would say so. But if there’s not consent, then you’re in a really tricky area and you can’t assume that that’s what a woman wants. And I don’t think you can assume necessarily that’s what a man wants either.

BW: What does empowered female sexuality look like to you?

Empowered sexuality looks like owning your sexuality for yourself. And I think it varies from person to person, like sometimes it’s very subtle … it doesn’t require a stage performance or some huge act. To be actually tuned in to yourself enough to know exactly what’s the most desirous to you and how to move toward that, and also to really be clear about what isn’t working.

BW: Do you think that, in 2018, your average man might be more reluctant to express romantic interest in a woman than in the past?

JN: It seems like, especially in this culture … some men are so shy to even applaud a woman or to convey their desire because they’re so afraid of hurting someone. Where they’re afraid to actually pursue because they’re afraid that those attempts might be misinterpreted, or maybe they’re not necessarily aligned with their own sexual forces, so it’s confusing for them. So, maybe they either act out aggressively, or they repress it, or those two things are going hand in hand.

BW: How can a man express interest in a woman without coming across as creepy?

JN: Stating your desires, like, “Hey I’d really like to make out with you, how does that sound to you?” I think a lot of people are afraid to ask because they think it might ruin the mood, but I genuinely think there are ways of asking that are really sexy … really attractive.

All of the media [focus] on the masculine end is leading to some sense of discomfort and not knowing of how to be, on some level. It’s almost a fear of how to do anything when there’s been so much harm, so there’s almost an internalizing, “Was it me? How do I prevent it? How do I convey my desire without messing this up?”

If I’m talking a lot but I’m not listening to anything you’re saying, then it’s a one-sided dynamic. And it seems that in a lot of these encounters there was one desire … coming from a male toward a woman, and this female body wasn’t attuned, wasn’t interested in it, so for her it ended up feeling like she wasn’t heard. There was a sense of violation because her boundaries were crossed — she couldn’t get out of the situation, couldn’t say no.

JN: From what I understand, many of those people were working with Louis C.K. and they were aspiring comedians, and he’s like the big guy on campus; he’s the big cheese. So there’s a power dynamic that’s at play there.

There is this way in which — if I was in a room with Louis C.K. — who doesn’t want to impress him in some way or be liked by him? So even if they’re saying yes, are they sober? Well, that wasn’t the case in some of the situations. Are they in a dynamic in the workplace that … agreeing to it is about them keeping their job on some level or getting promoted in the industry? It gets tricky.

There’s obviously some part of this that wasn’t clean, wasn’t an arrangement that felt good. It’s kind of back to that silencing thing, what happened in the moment where they couldn’t say, “Fuck you, fuck this, I’m out! Me and my friend are getting out of here, this is weird!”

BW: How do you see the interplay between social status, power, sex and consent?

JN: It’s like sexuality is the female currency and finance is the male currency. Sex and power are often really lumped as the same thing. There’s a beautiful woman, there’s a rich man, they want to be together, they’re both into it.

A lot of these dynamics are so situational, they’re so nuanced, and then they get tricky. And then there are these huge egregious areas where it’s happening — how did this person get away with this for so long? How did no one speak up about it?

I can see that, where is that line, what’s OK, what’s not OK? But it’s also like, how do we protect people, how do we know where safety is?

I’m about to go to Cambodia … [to work] with sex trafficking victims. Talk about power and privilege … a child doesn’t have the right to consent and then is shipped off … and sold into the sex industry at [a] really young [age].

I think across cultures, there are very different ways that this dynamic manifests … in a broader cultural way of how exploitation of female sexuality is occurring and what it means.

BW: What’s one thing people can work on in terms of their own sexuality?

Jenna Noah, MA, Ph.D. (Cand.), LPCC, works as a psychotherapist in Boulder and is adjunct faculty at Naropa University, member of the American Group Psychological Association, Director of the Boulder Therapy Center, board member of the International Center For Mental Health and Human Rights and international conference organizer for Partners For Social Justice. She is currently pursuing her Ph.D. at Saybrook University with a specialization in Existential Psychotherapy.