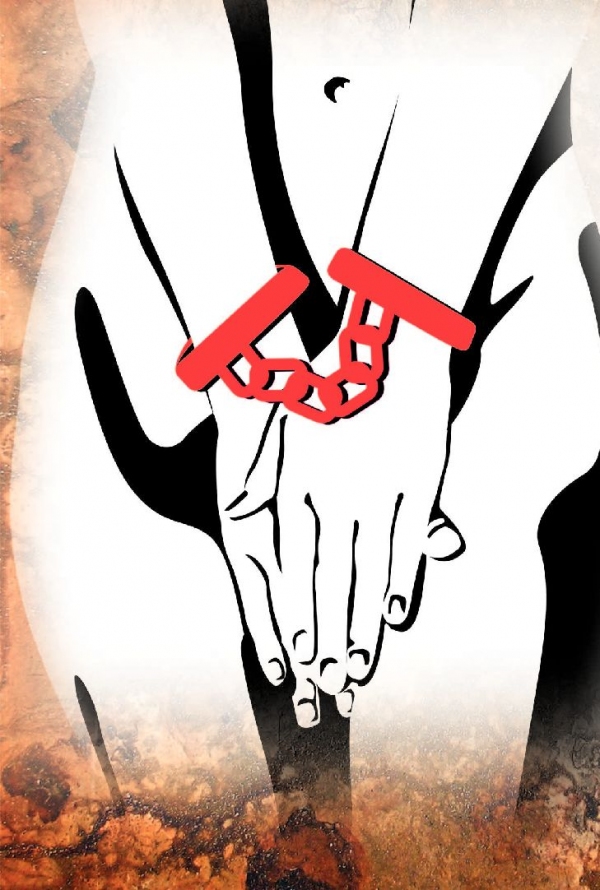 Being strip-searched has long been a part of incarceration. But inmates at Denver Women’s Correctional Facility (DWCF) say a change in their strip-search procedure subjects them to undue humiliation and leaves some of them traumatized, particularly those with a history of sexual assault.

Boulder Weekly has received 10 hand-written letters from inmates at DWCF describing their experiences with the new strip-search procedure, which requires women to part and lift their labia and to pull back their clitoral hoods to prove that they aren’t hiding contraband in their vagina or vulva.

Some of the inmates complained that the new procedure is causing them great distress due to past trauma.

Others state that contact with and comments by a lesbian correctional officer (CO) have left them feeling demeaned. Still others write they are considering curtailing their visits with loved ones, as well as their involvement in prison programs, in order to avoid being strip-searched this way.

Inmate Krystal Voss writes, “I’ve been through daily strip searches as a condition of my job in the print shop for 2-1/2 years. It did not bother me much until the ‘new procedure’ began.

“The first time I was told to spread my labia for a search, the CO doing it grinned and acted very pleased to see my inner folds. She is apparently a lesbian and very masculine,” Voss continues. “I thought it was just her demeanor that upset me, but it continued to feel like a violation.

Each time, no matter what the CO does to give the order, I feel violated, anxious and humiliated.

I am one of the few who has never been raped or molested. I’m sure it is much worse for those who have been.”

“We are being forced to submit to further humiliation, degradation and violation by staff,” she writes.

Those
who refuse may face “physical force and intimidation,” as well as the
loss of prison jobs, housing assignments and family visits.

One
inmate writes that not only does she find the procedure “humiliating,
frightening and unnecessary,” she is also concerned about hygiene
issues and the possible spread of sexually transmitted infections by
hand.

“There is no
place to wash our hands in the strip-out room, and with the high rate
of diseases such as hepatitis C and herpes in the prison population, I
feel this puts us all at risk,” she writes.

Several
of the letters received by Boulder Weekly were written by women who say
they are victims of past sexual violence and feel further traumatized
by the invasive nature of this procedure.

“I
am a survivor of incest,” writes one DWCF inmate. “… [W]hen this
subject is talked about, I have a near panic attack. I start crying,
and I have to walk away. I haven’t experienced the new ‘strip-out’
procedure yet. My children/grandchildren are planning a special visit
to see me, and I want to call them and say, ‘Don’t come.’” The inmate
writes that she doesn’t want to participate in any prison program that
might require random stripsearching of participants for fear of having
to go through the procedure.

Several
of the inmates who contacted the paper say that many of the guards are
as uncomfortable with the new procedure as they are and have asked them
to write up grievances about it in hopes that DWCF will return to less
invasive methods of strip-searching.

According
to Department of Corrections spokeswoman Katherine Sanguinetti, the
procedure inmates have been experiencing since January isn’t a new
procedure. However, it wasn’t being used in Denver. DWCF wasn’t being
consistent with the procedure followed at La Vista Women’s Correctional
Facility in Pueblo.

“There
was conversation between the two women’s facilities, and everybody came
into compliance,” Sanguinetti says. “Now we follow our policy very
strictly, and that does not include squatting and coughing. It’s
completely a visual assessment.”

She says it’s important to note that women are never strip-searched by men, nor are male inmates stripsearched by women.

She
also says that if a lesbian guard were to say or do things during a
strip-search that made inmates feel uncomfortable, DOC would want to
know about it “absolutely.”

“If they’re not comfortable reporting it with their names, we have an anonymous tip line they can call,” she says.

When
asked how guards would respond to an inmate who refused to comply with
the strip-search, Sanguinetti said most likely the inmate would be
cuffed and placed in an observation cell — a dry cell — where prison
staff could talk to the person.

But
one letter writer claims that an inmate who refused had a can of
pepper-type spray held in front of her face and was told to comply or
risk getting doused.

Sanguinetti
defends the invasiveness of the procedure, saying it is necessary to
curtail the introduction of contraband into prison. In the few weeks
prior to DWCF’s implementation of this procedure, there were instances
in which inmates had smuggled contraband between their labia.

“It could be cigarettes, drugs, razor blades — things like that,” she says.

Though
she has never heard of women being required to pull back their clitoral
hoods and could not say what a woman might be able to smuggle there,
she says that, on the men’s side, male inmates are made to retract the
foreskins of their penises during a strip search.

As for re-traumatizing survivors of sexual assault, Sanguinetti says DOC has mental-health staff available to work with inmates.

“Our mental health is very aware of it and very able and willing to address those issues as they come up,” she says.

But
some question the wisdom of enforcing a blanket procedure on a
population in which high numbers have experienced sexual trauma,
suggesting that perhaps the more invasive strip search should be
restricted for inmates who break rules and are at risk for smuggling
contraband.

“I
have had a [certain] job for three years, and in my five years that I
have been incarcerated, I have been writeup free,” writes one inmate,
who did not want her name published. “It is a requirement of my job, as
well as having to strip out every day. I have never had a problem with
that until they added the new labia lift procedure. I feel like I am
being punished for following the rules. I don’t believe this new
procedure is necessary for people who don’t get in trouble ever.”