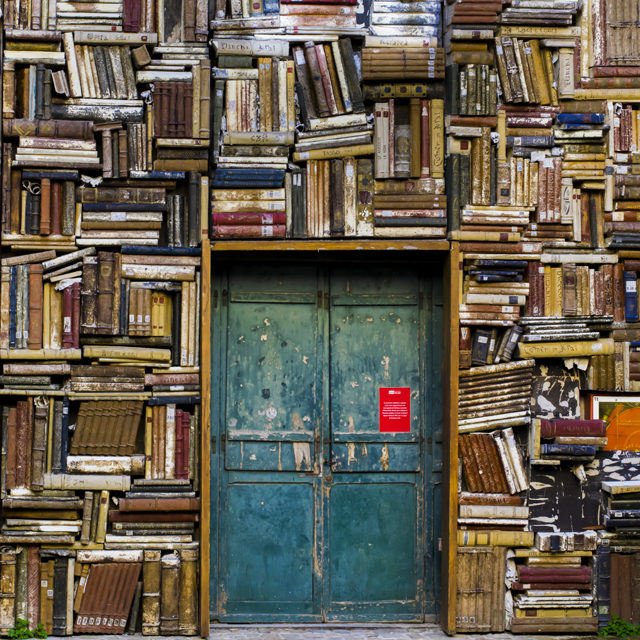 The Boulder Public Library system needs more money than the City can give it.

There is roughly a $2-million shortfall in the money needed to construct the North Boulder Library. At least $800,000 is needed every year, indefinitely, to minimally address a backlog in the maintenance of existing facilities. In fact about one-quarter of all the City’s deferred maintenance is related to its libraries.

Without more funding, there won’t be a pocket library built in Gunbarrel, popular programs won’t continue and library staff will continue to be stretched thin.

That’s according to an analysis of the City’s budget by Boulder Library Champions (BLC), a grassroots group of citizens, former and current library commissioners and other supporters. According to BLC, about $98 million is needed over the next five years to fully address the library’s needs, almost double what could be allocated by the City Council in its upcoming budgets.

As a result of the shortfall, the BLC is supporting the institution of a library district. If approved by voters in 2020, residents within the district’s boundaries would pay up to 4 mills — a tax of about $29 on every $100,000 of assessed home value — to fund the library’s operations, construction costs and staffing needs.

Joni Teter, a former Boulder Library Commissioner and member of BLC, says the piece of the budget pie allocated to the library in the City of Boulder has become less and less substantial as more people have accessed the system’s services. Looking ahead to projected future budgets, Teter says the Library Commission first noticed several years ago that the library system would need to secure alternate funding.

“We started scoping the Master Plan about four years ago,” she says. “After about [my] first year as commissioner, we realized the extent of the library’s financial problems and we said, ‘We really need to fix this this time. We don’t want another Library Commission to have to pick this up.’”

After leaving the Commission in April, Teter and the BLC picked up on the Commission’s work and dove deep into the City budget and the library budget to determine exactly what needed to be funded, and how much the City was going to be able to allocate to the system. At first, BLC thought they could simply secure more funding through the normal budgeting process.

“We all started off thinking it was a matter of convincing City Council to make [the library] more of a priority and fund it. That was kind of naive. Libraries don’t compete well with political priorities that drive campaigns,” Teter says. “It’s a big reason behind the move of so many libraries to find a source of independent funding. In Colorado, more than half of libraries are [funded by] library districts.”

From 2006-2016, the amount of library cardholders went up 76 percent, materials were checked out 36 percent more often, and program attendance went up 64%. In that same time period, full-time staff dropped 5% and staff per 10,000 items circulated went down 26%.

And that’s even while more than 1,000 library volunteers contributed about 14 percent of the system’s workforce hours — about $600,000 worth of free work.

Boulder City Council had an opportunity last year to fully fund the library. The Library Commission, in its 2018 master plan, offered the City Council three levels of funding: 1) maintenance (the least amount of funding required to keep the system operating), 2) address community demand, and 3) service expansion, what Teter and BLC call “full funding.” Council opted to fund the library at its maintenance level.

If the library continues to be funded at that baseline level, BLC found that there won’t be enough money to complete the North Boulder Library as initially envisioned and there won’t be enough money to staff it; branch hours will have to be cut across the system; no staff will be paid to expand youth outreach programs; makerspace activities won’t be expanded; there will be no annual literacy programs; budgets to buy books and materials will stall, resulting in longer waitlists; the renovated Canyon Theater will continue to go relatively unused; there will be no new branch in Gunbarrel; the Reynolds branch in South Boulder won’t get a renovation; and other repairs on buildings throughout the system will be deferred.

Thus, the idea, and promise, of a library district.

“It’s time to finally do this,” Teter says.

Passing and forming a library district would inject $92 million into the library system over five years, and effectively scrape $9.7 million from the City’s budget, BLC found. A board of trustees, who are appointed by City Council and the Board of County Commissioners, would independently govern it, and the board must operate within Colorado law for such districts.

A library district would also, in theory, expand the pool of people who pay into its services. For instance, the library is primarily funded via the City’s general fund, which gathers money from City sales and property taxes. But BLC found that about one-third of Boulder Public Library cardholders live outside City limits. Thus, the library district would be drawn to include Niwot, Gunbarrel and mountain areas from Jamestown in the north to the areas around Gross Reservoir in the south.

Teter says expanding the boundary outside of City limits would make funding the library “more equitable.” For example, a library district that only encompasses City of Boulder residents would require $60 more per year per $850,000 household than if the boundary were expanded north, south and west.

BLC’s district initiative qualified for the 2019 ballot. But due to some bureaucratic tangling — time-intensive intergovernmental agreements would need to be forged if the district passed, in a year with potentially six new Boulder City Council memebers — the group withheld the measure until 2020 after being assured the signatures it had gathered would still be valid.

So then, at last, there’s the matter of will. Are folks outside of Boulder City limits willing to add a new tax to their property? Are residents in the City eager to pay even more in taxes?

Teter says BLC has held several community meetings. “Folks in Niwot are very enthusiastic,” she says of the prospect of adding a nearby library and mobile services. The City ran a survey at BLC’s request that found funding the library was more valuable to people than even securing open space.

“People have a high affinity for the library. The [pollster’s] sense was if you put a library district on, it would likely pass,” Teter says. “We think there’s support. People don’t realize there’s an issue.”

BLC also pointed out in a recent publication on the library’s funding woes that if and when a library district is formed, the existing .333 mills that are currently dedicated to the library would be eliminated and that Council could choose to “further reduce City property taxes as part of the reallocation of funds” that are freed up when the special tax district funds the library.

Only the 11th state