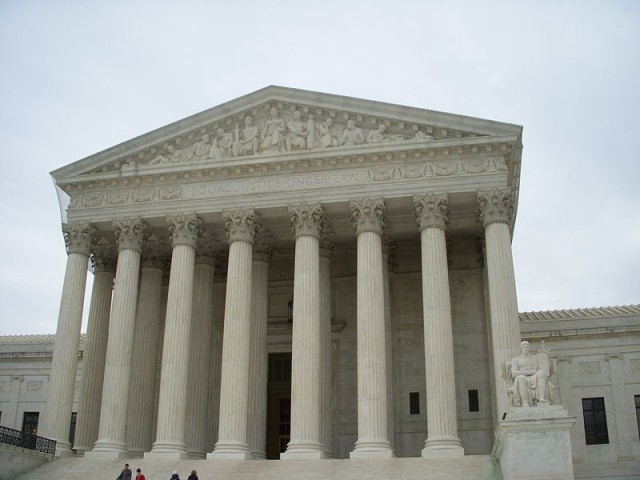 The BBC is reporting that a Pennsylvania school district that lost a lawsuit after banning students from wearing breast cancer awareness bracelets had its appeal denied by the U.S. Supreme Court, meaning the bracelets are a go.

The Easton Area School District had prevented youths from wearing bracelets emblazoned with “I (heart) Boobies!”, alleging the words were lewd.

The US court’s decision leaves in place an earlier ruling by a federal appeals court overturning the ban.

The Easton Area School District released a statement saying the decision, “robs educators and school boards of the ability to strike a reasonable balance between a student’s right to creative expression and school’s obligation to maintain an environment focused on education and free from sexual entendre and vulgarity.”