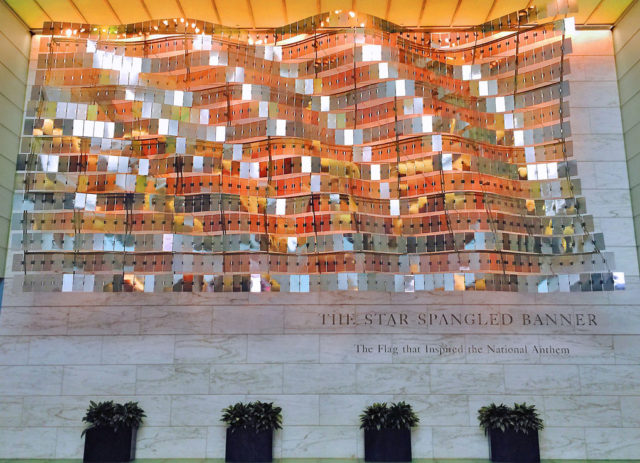 As a student in the late 1980s, Carlota Loya-Hernandez hated history. She found it irrelevant and boring. Born in Mexico, her parents moved to Colorado to work in the agricultural fields and mines of the San Luis Valley, and Loya-Hernandez says even brief lessons about Montezuma, the Aztec emperor who was eventually defeated by Spanish conquistador Hernán Cortés in the 16th century, meant nothing to her at the time.

“I loved learning everything, but history was just all a bunch of facts about dead people that had nothing to do with me,” she says. “Kids get totally disengaged from school if it’s not relevant to them.”

Now, as a talented and gifted specialist at Boulder’s Columbine Elementary, which is approximately 57 percent Latino, Loya-Hernandez is part of a growing effort in Boulder County and around the state seeking to increase multicultural education, ensuring that students of all backgrounds see themselves reflected in the classroom, and in society as a whole.

“The purpose of teaching history in schools is to prepare kids for their role as engaged and effective citizens in our democracy,” says Kent Willmann with the Boulder County Latino History Project. After teaching social studies for decades in St. Vrain Valley School District (SVVSD), Willmann now trains social studies teachers through CU Boulder’s School of Education. “So if you’re not making connections across time and place then you’re not doing your job right as a teacher.”

The Boulder County Latino History Project uses primary sources, personal interviews and historical writings to equip local educators with resources to teach about the contributions and history of Latinos throughout the county. Since its inception in 2013, between 100 and 120 kindergarten through 12th grade teachers from both Boulder Valley School District (BVSD) and SVVSD have gone through the training, Willmann says. Although embraced by both districts, neither the training nor the content are required.

There are lessons about the Mexican-American War, highlighting that Colorado used to be a part of Mexico before westward expansion. There are lessons about the rise and fall of the Ku Klux Klan in the 1920s and Le Seis de Boulder, six prominent Chicano activists who were killed in Boulder the 1970s. There are first-hand accounts of families migrating to Boulder County to work the sugar beet fields, as well as a handful of primary sources documenting mass deportations in the 1930s in a wave of anti-immigrant sentiment during the Great Depression, which begs comparison to current events and present day government policies.

“Since the Trump administration, it’s been a whole new climate working with my students,” says Christina Smedle, an English as a Second Language (ESL) teacher at Sunset Middle School in Longmont. “The Boulder County Latino History Project is a wonderful vehicle to teach culture in the classroom and to get teachers to use the knowledge that our kids, their stories matter, and they came here like everybody else. That we all immigrated here.”

At the state level, Colorado lawmakers, during the 2019 legislative session, passed the Inclusion of American Minorities in Teaching Civil Government bill, which updates a previous mandate to include Asian-Americans, African-Americans, Latinos and LGBT individuals within those communities, as well as religious minorities, in civic and history curriculums across the state.

Although it passed, there has been some pushback according to Willmann, who testified at the State House in favor of the new law. “People argue for an unsegregated history. They want to teach American history, unhyphenated,” Willman says. “What I suggest is there are all kinds of histories out there — military history, women’s history, religious history, and each one of those kinds of things engage us in a variety of different ways.”

He uses the example of the “Star Spangled Banner” exhibit at the Smithsonian American History Museum, where visitors are greeted by a large display of mirrors hung to resemble a waving flag.

“What you see … is a reflection of yourself and then everybody else as well,” he says. “And that’s a metaphor for what we try to do in history classes — let people see themselves and everybody else in American history.”

The Colorado mandate is largely symbolic, unaccompanied by any real funding for additional resources. Coupled with the way school districts can operate autonomously under local control statutes, that makes enforcing the new law almost impossible, Willmann says. Still, there’s a growing interest in multicultural education he adds, and the Latino History Project just received a large grant to expand its work into Trinidad, Pueblo and the San Luis Valley in southern Colorado.

“The legislature can pass laws, but how it’s implemented in the schools [is what matters],” adds Barbara Steiner, a retired BVSD teacher at Bear Creek Elementary, which has a predominantly white student population.

Steiner taught fifth grade from 2000-2012 where she covered immigration as a separate unit in social studies, following the unit on the Civil War. She taught about Asian immigration during the Gold Rush and the subsequent discrimination that relegated Chinese to societal support roles like building the railroads, laundry and food service, rather than owning any stake in the mining industry. She touched on Japanese immigrants and their treatment by the U.S. government during World War II. She had her students read Esperanza Rising (by Pam Muñoz Ryan) and talked about Mexican and Central American migrants who came to work the agricultural fields in the U.S.

And the curriculum covered European migration, from the English colonists through industrialization that drew people from Ireland, Italy and Germany, culminating in an annual Ellis Island simulation.

According to Steiner, the entire school was converted for a day, a space representing the boat, another area representing customs, and yet another place representing the U.S. after the students passed through immigration. Students would come in costume, carrying one piece of luggage — either a suitcase or a bundle — full of meaningful items that represented their childhood and their families. They were spoken to in different languages where they had no idea what they were being told to do. They had their names changed, their belongings confiscated, and went through public health screenings. “They were put into this feeling of not understanding the process and that was the purpose of it,” Steiner says.

She specifically remembers one year when a well-liked, smart, leader-type young boy started crying after a family heirloom was confiscated. “He sobbed in the middle of the gym. And it was like he got it and all these other kids looking at him got it,” Steiner says. “There was an empathetic personal understanding of what it might have been like to be an immigrant. So then as they read these accounts in the newspaper, it was more than just numbers and names, it was an experience.”

This specific immigration unit, with the Ellis Island simulation, was taken out of the BVSD curriculum in 2011, says Samantha Messier, assistant superintendent of instructional services and equity. But in its place migrant history is incorporated into the social studies curriculum at a variety of grade levels. Like Willmann, Messier says this curriculum is beneficial not just for minority populations, but also to teach the dominant culture about the wide variety of people and cultures that have influenced U.S. history.

“I think we have a pretty strong belief that all students benefit from exposure to the story that reflects the diversity of other cultures and identities. It’s not just students in marginalized groups who benefit from that exposure,” Messier says. “We also all benefit from understanding that there are other experiences out there that differ from our own. And that helps us gain a very healthy perspective on the world.”

Still, she admits, not every classroom is addressing these topics, and not every student sees themselves reflected in the curriculum. And that’s a major shortcoming, according to Loya-Hernandez.

“There are enclaves where there’s a lot of diversity in the bilingual schools [where] there is a lot of support because we have a critical mass of educators that are culturally competent or proficient. But the great majority, I would say unfortunately they live in vanilla land. When you live in vanilla land, you don’t realize there are 31 flavors.”

According to the Community Foundation’s TRENDS report, Boulder County still has one of the highest achievement gaps between Latino and Anglo populations in both BVSD and SVVSD. While state mandates, school districts and efforts like the Boulder County Latino History Project are seeking to alleviate these shortcomings through multicultural education, it appears there’s still a long way to go.

“We have to understand that we have different perceptions about reality, about what it is to be American, about what it is to live in this country. And we have to be able to coexist,” Loya-Hernandez says. “As public servants, we need to be able to serve all our children as best we can and we have to really grow as people to continue to foster education as the great equalizer.”