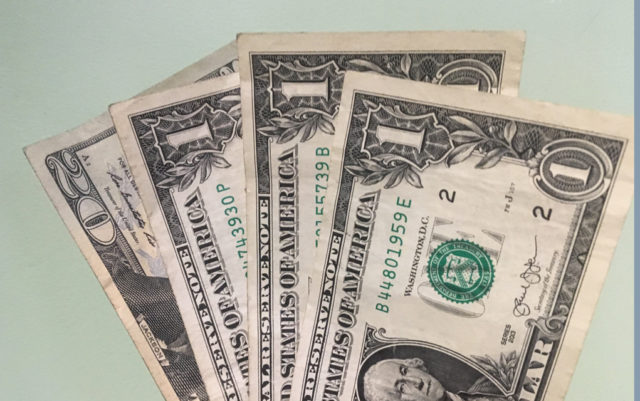 Last March I wrote the essay An Insider’s view of the Venezuelan crisis (see BW’s March 7 issue). One of the stories I shared at that time concerned a foundation that I regularly collaborate with, which had asked me to help cover the medical costs for a sick newborn. In my original story, I left out many details and simply summarized that it would only cost $23 to save his life at that time. I didn’t use the child’s name; now I feel I owe it to him to write his name because I don’t want him to be just a number in the horrifying statistics of the Venezuelan crisis. His name was Gerson, and he died two weeks ago at five months old.

In November, when Migdalis Santiago from Fundación Ojenke asked me if I could help the baby, she said he was in bad shape because he was born with hydrocephalus, an accumulation of cerebrospinal fluid in the brain. This condition hit close to home for me, as I grew up seeing my cousin having more than 20 surgeries and living with great difficulty because his hydrocephalus wasn’t diagnosed at an early stage. When Migdalis mentioned Gerson was just four days old, I thought of my cousin, and how this baby had a chance because the problem had been caught so early.

To make things worse, Gerson had a severe infection that needed to be treated before he could get further exams. Going back to my communications with Migdalis while we were trying to coordinate sending the money, I was shocked rereading, “I will text you later to tell you how he is doing. If I don’t get my cellphone stolen at the hospital.”

As I wrote previously, to have surgery in Venezuela these days, the patient must provide everything from bandages to the medicines themselves. Even with the money, getting the antibiotics Gerson needed became a scavenger hunt. I will forever be grateful to Migdalis for never giving up. Sending money is easy, but going to every single corner of a city, begging for medicine for a child who is not even related to her, while she still has to work to make a living reminds me of what Venezuelans are made of and gives me hope for the future.

After being examined, the doctors said Gerson needed a cerebral valve in his brain. Finding a medical device like that in a country where finding a diaper is an uphill quest, became a race against the clock. The longer Gerson had fluids in his brain, the more chances of him having life-long problems or dying accumulated. Migdalis managed to find a place she could buy the valve, but they needed to pay for it in American dollars and then wait up to four weeks to get it into the country.

I wired the money, $156, but now the problem was whether or not the valve would make it into the country. Due to all the tension at the borders, Venezuelan customs failed to release the valve until March. While waiting on its arrival, another collaborator helped Migdalis get all the supplies needed for the surgery, from gauzes to needles. So when the valve did finally arrive, everything was ready. We thought nothing could go wrong… but we were wrong.

At the worst possible time, Venezuela went into darkness. A nationwide blackout left the entire country without electricity; I won’t go into the reasons why this happened. I’ll just leave it that there were blackouts and Gerson is no longer with us. Maracaibo, the city where he lived, was one of the most affected by the blackouts for almost a week — and even now its power is on and off, with no predictability. In the end — with no electricity, water or public transportation — the child didn’t have a chance. By the time Migdalis went to pick him up for the surgery, his family told her he had died a couple of days before in the darkness.

It broke me to know that in the end, nothing we had done was enough. Would the outcome have been different if I had gotten onto a plane with the valve in a backpack? Who can say? There is nothing I can do now but to share Gerson’s story. In his five months of life, he was loved and cherished. His life mattered, and he will always be in my heart. I want to believe that Gerson’s legacy will be one of empathy and solidarity for a society that is in desperate need of hope. It comforts me to know his family knew they were not alone, that Gerson moved strangers because he existed and deserved a chance.

As of right now, Migdalis is looking to give the valve and all the supplies to someone else in need, as a gift from Gerson.