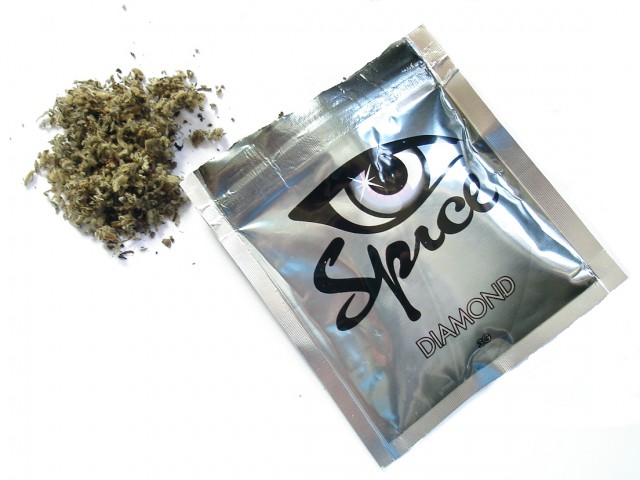 A dangerous drug with an innocuous name is making the rounds right here in Boulder County. Because it cannot be detected in many drug screens, it is often the only recourse for drug users on parole that crave marijuana. And because of its availability, it is sometimes the first recourse for county kids.

Synthetic marijuana, commonly referred to as spice, is a combination of herbs and chemicals that are supposed to mimic the effects of marijuana. It is marketed as fake weed or incense and labeled as “not for human consumption.” Typically it is sold in foil packages with names like “Black Mamba,” “Legal Weed,” “K2,” or “Scooby Snax.” It is sold illegally on the street or often in head shops to people who have a connection or know where to buy it.

When smoked, spice can have serious consequences that in no way mimic the effects of marijuana. These include severe psychological episodes like panic attacks, delirium and hallucinations, as well as organ damage, heart attacks and death, according to research from the Drug Enforcement Administration.

Every batch of spice is unique and so it’s hard to pinpoint where the products are coming from and the specific combination of chemicals they contain, says Sgt. Vinnie Montez of the Boulder County Drug Task Force.

“I can’t really say what every single cannabinoid product is. It all really depends on who’s making it, frankly, because every group or individual that is making this makes it differently,” says Montez. “People take a gamble with it because they don’t know what’s on the substance.”

Boulder County has seen it’s share of spice and several investigations are currently underway. One head shop owner in Longmont was convicted in June for possessing and selling spice in 2012. The 27-year-old Tobacco King owner, Sang Leaming, was arrested after a concerned mother bought the product from the shop when she found out her son was purchasing spice there. Leaming now faces up to three years in jail for the felony offense.

In researching this story, several head shops on the Hill in Boulder were tipped to be supplying the product under the counter, though local drug officials said they could not comment on the veracity of these tips due to ongoing investigations.

Though it can be homemade, spice doesn’t typically originate from the distributors of the product. Producers in Arizona, Nevada and other parts of Colorado have been known to ship spice into the region.

“A lot of it is imported form out of state,” says Montez. “There may be people who are making it here. A lot of the people that intend to distribute it are businesses similar to head shops. They do this on the down-low. There are places you could still get it if you looked hard enough or had the right person with the right connection.”

Montez says the use of spice is not on the rise in Boulder County and that the legalization of marijuana has actually helped curb use of the synthetic stuff. Those in the drug enforcement task force are now seeing other harder drugs, like heroin, making a resurgence.

However, one big market for syn thetic marijuana is people on parole for drug-related offenses who must submit to a drug test regularly.

Parolees are not allowed to smoke marijuana while on parole, even after legalization, and because the drug tests required by the state do not detect the majority of cannabinoid agents found in synthetic marijuana, these people are turning to a more dangerous, illegal drug.

A study released last year by the White House Office of National Drug Control Policy found that more than one-third of parolees for drug-related offenses used synthetic marijuana even though it did not show up on a standard drug screen. In fact, the study found that current testing policies can only detect synthetic marijuana chemicals less than five percent of the time.

In Colorado, only general mandates govern the legality of synthetic marijuana — that is, possession or distribution of any synthetic cannabinoid is considered illegal, but specific ingredients are not listed. Therefore, spice makers skirt rules by amending the recipe to fit legal structures.

“They’re constantly altering the chemical composition to stay outside the frame of what’s illegal,” says Montez, and because of this, the drug continues to become more and more dangerous for those who consume it.

“One of the problems that often happens is they don’t make the chemical combination right,” says Montez. “They spray it before they package it. People are smoking stuff that’s not intended for human consumption. It’s a crapshoot is what you’re getting.”

Another target group for synthetic marijuana is kids who have not reached legal age to purchase marijuana and who can finagle their way through the proper channels to acquire spice. About four percent of eighth graders have used spice, while almost eight percent of high school seniors have used the drug, according to a 2013 University of Michigan study.

Montez says that spice is on the radar of county drug officials and that cases currently under way must remain confidential. The penalty for spice possession is a misdemeanor charge while distribution carries a felony charge.