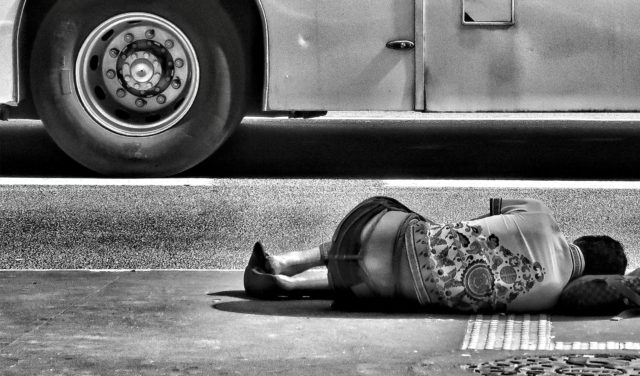 For many who are experiencing homelessness, Boulder County can be something of a vortex. Without a job, a home or transportation, it’s easy to get stuck in a tough situation here and all but impossible to access opportunity elsewhere.

That’s why Bridge House’s Path to Home Navigation program provides relocation services for its clients — regional bus or plane tickets out of town and even out of state. If a person experiencing homelessness needs to get out of Boulder, Path to Home helps them do it.

It’s an essential resource for many, but one that’s also tangled up in a complex, nuanced national controversy: homeless relocation.

Between Oct. 1, 2017 and Dec. 31, 2018, 2,900 single individuals applied for help in Boulder County through the coordinated entry screening process, which is a requirement for anyone seeking homeless services in the area. Of those individuals, 1,790 sought navigation services, which could either be getting local bus tickets around town, or regional tickets to other cities/states for those seeking relocation or reunification.

Unless a client returns to the area, every one of those regional relocation tickets gets counted as a “successful exit” for Boulder County when it comes to homelessness  — regardless of how things actually go for the individual after they get on the bus or plane. But some critics are calling into question the legitimacy of Boulder’s successful exit rate considering there is no follow up and no one knows what happens to a person once they’ve been transported out of town.

Still, people like Isabel McDevitt, the executive director of Bridge House, contend that these services are an essential and largely effective resource for Boulder’s homeless.

“We have seen over the years that there is a significant portion of folks who are experiencing homelessness in Boulder and in most communities, who are looking for assistance to either return to their home community or go to another community where they might have a job, resources, friends or family,” McDevitt says.

The idea is if the only thing keeping someone from being in a stable, safe, housed and happy situation is a bus or plane ticket, Path to Home is there to provide it for them. It’s a win-win situation the way McDevitt explains it — the client has a chance to access opportunities elsewhere and the city has one less person experiencing homelessness on its streets.

This is not uncommon in the U.S. In fact, according to a 2017 report by the Guardian, there were some 21,400 individual homeless relocation journeys across the country between 2011 and 2017. It’s a practice that has been going on for the better part of three decades all over America and one that relies almost entirely on front-end verification.

“Our process is that we actually will go through a checklist, make phone calls and verify that someone has a better option wherever they’re going,” McDevitt explains.

In order to ensure what they call a “soft landing” or a “warm handoff,” when a client requests regional transportation, Bridge House will independently confirm there is an opportunity for them at their destination. Be that a family member or a friend with whom they can stay, a job they have lined up, drug rehabilitation services or a women’s shelter they need to access, someone with Bridge House will make contact and confirm that their client has a connection to their destination.

“Everything we do is focused on what someone’s goals are,” McDevitt explains. According to the City’s homelessness services dashboard, in 2018 alone, Path to Home helped 166 people successfully “reunify or relocate.”

Undeniably, that’s a significant number of people, freeing up shelter beds and resources for others with nowhere to go, making sure fewer people have to sleep outside at night. However, the point of contention for homelessness activists like Darren O’Connor is that there’s absolutely no follow-up after these people are given their tickets out of town. Whether it’s a bus ticket to Denver or a plane ticket to Phoenix, once a client is out of sight, they’re out of mind as well.

“We need to know where these people are going,” says O’Connor, who works with Boulder Rights Watch. “And we need to know we’re really solving something rather than solving simply that ‘they were here and now they’re not, so Boulder wins.’”

From O’Connor’s perspective, without some form of follow-up it’s irresponsible to count someone’s exit as a “success.” If they just travel somewhere else and end up on the streets again, all that’s being accomplished is shuffling the homeless around — moving people to other places without actually addressing the root problems of homelessness.

“I will say, this is not a solution that should just be disregarded … for some people it may work,” O’Connor admits. “But there’s often a reason that people are homeless in the first place and aren’t with their family.”

Those reasons are many, from drug use to mental illness and domestic abuse. Whatever someone’s reason for becoming homeless or for not being with their family, it’s simply not enough to call ahead and then hand them a ticket out of town, O’Connor argues. Anything could happen to them between Boulder and their destination: drug relapses, incarceration, mental breakdowns and/or psychotic episodes, accidents, or any other number of mishaps. And when these people are traveling on the City’s dime, O’Connor believes that the City has a responsibility to make sure they arrive safely.

“You know, that’s a challenge,” McDevitt says. “We don’t have a ton of resources to do follow up.”

That was a sentiment echoed by Wendy Schwartz, the human services policy manager with the City of Boulder Housing and Human Services department, which provides  funding to Bridge House.

“Bridge House staff does not do that (follow-up) due to resource limitations,” Schwartz says. “But that’s also part of the reason they really do that due diligence and checking on the front-end to really make sure that there’s a really genuine opportunity for the person involved.”

As far as resources go, in 2018, McDevitt says Bridge House provided $30,730 in local navigation services through RTD (bus tickets between Boulder and Denver or Boulder and Longmont, etc.) and they provided $10,645 in regional relocation and reunification tickets. Which is a deal considering that it costs nearly $43,000 a year to serve and accommodate someone experiencing homelessness in Boulder. No matter where someone is going, a bus or plane ticket is going to be a cheaper option than supporting them locally.

McDevitt adds that even if Bridge House did have the necessary funds and personnel to pursue follow-up, a lot of people who are processed through the County’s coordinated entry system and later receive a bus ticket out of town only stayed in Boulder for a short period of time. Specifically, 37 percent of those who were processed through the system were in Boulder County for less than a month, according to the homelessness services dashboard. Many of those people don’t have any connection to this city or the people here and wouldn’t want to stay in touch anyway, McDevitt asserts.

O’Connor doesn’t accept that as a legitimate excuse, though.

“Quite frankly, my opinion is that’s bullshit,” he says. “How much money does it take to get someone’s phone number and call them once in a while?”

Regardless, the City isn’t forcing these tickets on anyone. No one is being shipped out of Boulder against their will. If someone gets a bus ticket out of town, it’s because they asked for it and because they had a reason to leave. And for each and every one of those cases, Bridge House has verified that they had somewhere, someone or some opportunity to go to.

It’s a complex issue. On one hand, PTHN services offer an essential resource for anyone who wants or needs to get out of Boulder and can’t. On the other hand, how can anyone ever be sure it’s working if there’s no follow-up? The only measure of success McDevitt distinguished was whether or not someone who had been previously relocated from Boulder ever returned to the city.

This kind of homeless relocation program is used widely throughout the country, and Boulder is receiving homeless who have been relocated here from elsewhere. And while proponents of the program see Path to Home as a pressure release valve for that influx, it does raise important questions.

Are the homeless being sent to Boulder successfully staying off the streets once they arrive? If the answer is yes, then that result should offer some support that Path to Home is likely working. If not, then why would Boulder County assume that its exits are successful when its entries from similar programs are not?

“As a national problem we need to have some broader policies that don’t focus just on cities or even states or regions because it’s such a shared problem,” McDevitt says. Solving that problem will require a cohesive effort — it’s such a far-reaching issue and one that intertwines so many different people and so many cities, that tackling it necessitates collaboration.

For now, Bridge House will continue to offer its PTHN services, relocating homeless individuals, moving them out of Boulder County by bus and by plane, and every ticket out of town will continue to count as a successful exit.