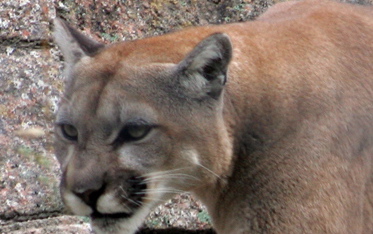 Colorado Parks and Wildlife’s (CPW) two predator management plans have been embroiled in controversy and uncertainty as to their scientific legitimacy since being unanimously approved by CPW Commissioners late last year (see Boulder Weekly’s “Off target,” Feb. 9). As a result, Colorado Rep. Steve Lebsock (D-Northglenn) arranged for CPW researchers, Colorado State University (CSU) professors and members of the Colorado General Assembly to participate in a panel discussion at the state capitol on Feb. 16 as part of the Colorado Legislative Animal Welfare (CLAW) Caucus. Department of Natural Resources (DNR) Executive Director Bob Randall, who oversees CPW, was present in the packed room.

Crooks, Joel Berger and Barry Noon, also professors in the same department at CSU, asserted the vast majority of scientific evidence conducted both in Colorado and elsewhere throughout the mule deer’s natural range suggests that killing mountain lions and bears is an ineffective and expensive means to alter long-term population dynamics of mule deer.

These CSU professors also said CPW’s management plans fail to meet the standard of best available science. They further questioned the plans because CPW has no accurate population data for the mountain lions and bears they hope to kill. According to Crooks, not having scientifically defensible estimates of population size is a limitation of the study. Anderson agreed that having such data would be preferable. But CPW maintains its position that the proposed killing of predators will have no impacts on those populations.

However, Noon argued against this statement, saying it isn’t supported by data. He added what we do know is large-body carnivores, like mountain lions and bears, are most at risk in every ecosystem.

Furthermore, both CPW’s Mat Alldredge, carnivore wildlife researcher, and Anderson have stated they believe there are actually fewer mountain lions in both of the plan areas than their stated estimates.

Crooks suggested a look at the weight of evidence from CPW’s own research regarding the impact of energy development on mule deer in Colorado shows the oil and gas industry to have had a greater impact in previous population declines than mountain lions and bears. “It’s overwhelming that energy development is impacting mule deer populations,” he says.

As a part of this research, Crooks noted a recent study done in collaboration with CPW showing oil and gas extraction may actually increase predation rates on fawns because there are fewer places for them to hide in developed areas. Crooks said that he, along with Berger and Noon, are struggling to understand why CPW’s research showing oil and gas extraction’s negative impact on mule deer, and specifically predation, “aren’t being incorporated in a more fully transparent way in the arguments being made here.” CPW officials did not directly respond to Crook’s question and there is a likely reason for their silence.

CPW researchers are overseen by the DNR, which is also responsible for assistance and oversight of oil and gas extraction in Colorado. As a rule, DNR’s role is to mitigate — not limit — extraction activities with regards to wildlife. This is not the only conflict of interest for CPW. The majority of CPW’s funding comes from the sale of hunting licenses and federal dollars that are tied to those license sales. This creates a conflict between peer-reviewed scientific research and constituent-based predator-killing plans.

Panelists also discussed the impacts of climate change on mule deer. Noon said there is tremendous evidence that climate change effects in Colorado, such as soil moisture content, “will ultimately affect the vegetation productivity and the quality of the forage.” Since the primary factor limiting mule deer populations is habitat quality and quantity, climate change, driven in large part by oil and gas extraction, is accelerating impacts on Colorado’s interrelated wildlife populations, including mule deer, mountain lions and bears.

Noon claims our wildlife and fisheries are greatly stressed, and those stresses will increase as we transform the landscape and climate change takes effect. Therefore, he argues, killing mountain lions and bears to supposedly boost mule deer populations is not the best use of $4.6 million.

Suggestions were made to ameliorate the highlighted problems. One suggestion was to require that a majority of CPW Commissioners be wildlife biologists. Currently, not one commissioner has such expertise. There are, however, individuals on the CPW Commission with ties to the oil and gas and ranching industries. Other suggestions included requiring external peer review for CPW-proposed studies and shifting CPW’s funding away from hunting license sales towards the general fund.

At one point, Randall was asked if Colorado wanted mule deer or oil and gas extraction? His response: “I apologize, but that’s not a question I can answer.”

Following the caucus, Lebsock asked Randall to request the CPW Commission delay implementation of the predator management plans for one year until it can be determined whether or not they’re based in sound science. Randall did not indicate whether or not he would comply.

Go to Off Target: Part 3