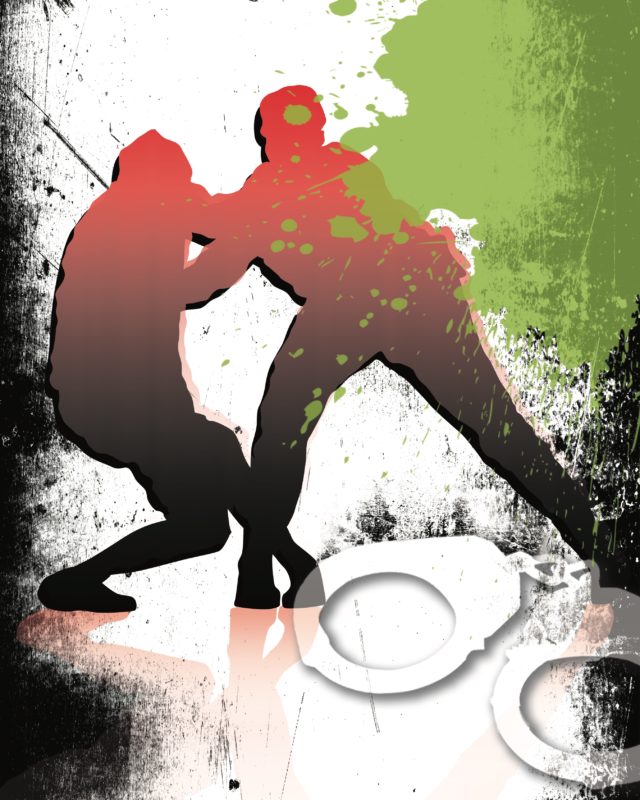 When Sammie Lawrence got the news that the City of Boulder had agreed to a settlement in his case against the city and the police officer who had brutally arrested him, he was ecstatic, according to Darren O’Connor. Over the phone he could hear Lawrence jumping up and down and hollering for joy.

It’s the end of a long chapter in Lawrence’s life that started in April 2019 when Boulder police Officer Waylon Lolotai approached Lawrence and several other homeless individuals at the East Mapleton Ballfields. Lolotai ended up assaulting Lawrence and arresting him for “obstructing a police officer and resisting arrest” despite Lawrence having done neither, O’Connor says. The incident was all caught on tape.

The charges against Lawrence were later dropped. And Lolotai was put on administrative leave following the incident; though BPD has suggested different reasons as to why that happened.

For his own part, as one of Lawerence’s three lawyers, O’Connor says he was elated by the news too. He, alongside co-council Colleen Koch and Dan Williams of Hutchinson Black and Cook, had negotiated with the city to award Lawrence $95,000 in compensation; and, notably, to have the Boulder Police Department (BPD) release a dataset that will reveal a lot about the police force’s conduct and how often they’re using force in their interactions with the public. It’s a settlement that could be as eye-opening for the community of Boulder as it is vindicating for Lawrence.

“We filed [this lawsuit] a little bit before the two year statute of limitations in 2021,” O’Connor says. “So we were litigating for under a year, but it had been almost three years since the original incident.”

That original 2019 incident was traumatic for Lawrence, as was the following chapter in his life as a plaintiff in a high profile case within the community. But before getting into that incident it’s important to first understand a different character in this story: Officer Waylon Lolotai. Born in Pago Pago, American Samoa, and raised in Lafayette, Lolotai was once a college football player at the University of Hawaii at Manoa and then later at the University of Northern Colorado. He was then hired as a deputy with the Denver Sheriff’s Department in 2014. However, the same year, he was caught on video aggressively shoving an inmate onto a metal staircase and dog piling him with other officers. An 18-month investigation into that incident took place that ended with Lolotai resigning from the force before action was ever taken against him.

Subsequently, Lolotai was hired just a month later and 30 miles away by BPD. And it wasn’t long before he was making headlines again.

In 2018, Lolotai was filmed shoving a woman named Kelly Clark so hard she became airborne, landing on concrete on her back. Clark sued the City of Boulder, Boulder Police Department and Lolotai in response, though the case was later thrown out on a technicality. In another video from the same year, Lolotai was shown grabbing and forcing a 50-year-old woman onto the sidewalk, twisting her arm and shoving her face into concrete after she pulled her phone out.

Then, merely a month before he met Lawrence yet another high-profile police incident in Boulder made national headlines and similarly ended in a settlement with the victim. Zayd Atkinson, an African American student at Naropa University, was picking up garbage on his own property when he was swarmed by gun-wielding police officers harassing and threatening him. Atkinison sued, and in March of 2020 he was awarded $125,000 in a settlement with the City of Boulder.*

None of these incidents were precipitated by apparent acts of aggression or violence from the victims toward Lolotai.

On top of his job with BPD, Lolotai also had a side gig. He ran a business called Tactical Toa (@tacticaltoa on Instagram), which sold Polynesian-themed tactical equipment. However, on Tactica Toa’s since-erased Instagram page, Lolotai was also promoting what he affectionately referred to as “Use of Force Fridays” where he would post videos glorifying acts of police violence and use of excessive force.

Which brings us to April 5, 2019, to the East Mapleton Ballfields and Sammie Lawrence.

“[Boulder Police] claim that they had a call into dispatch around 10 in the morning about ‘transients, littering and smoking pot’ at the park on the day that Sammie was arrested,” O’Connor says. “It was a good four hours later that Officer Lolotai showed up.”

In the video from Lolotai’s body-worn camera (BWC), he approaches a seated group of individuals at the ballfield, surrounded by a few personal belongings, beverages, and snacks. He asks them to identify themselves, claiming there had been multiple calls about them and asserting that the items around them were litter. Lawrence, who was seated a short distance away, stood up using a walking aid and moved cautiously closer to the scene to observe and film the interaction.

The following events happened quickly and came to define the next two and a half years of both men’s lives.

Lawrence stood nearby filming as Lolotai repeatedly told him to step back and drop his walking stick. Lawrence explained, he uses the walking aid because of stress-induced seizures and that he was standing a safe distance away. The two went back and forth about the stick; Lolotai called for backup; Lawrence continued recording from where he stood; and when a second officer appeared on the scene, Lolotai moved on Lawrence. He grabbed Lawrence’s arm and the stick fell away as Lolotai forced him to the ground.

Lawrence was charged with obstructing a peace officer and resisting arrest. He went to the hospital and was then booked in jail. But his charges were eventually dismissed after he completed a deferred sentence, according to court records.

Lolotai was put on administrative leave shortly thereafter. In a video addressing the NAACP, Boulder Police Chief Maris Herold indicated that following the incident with Lawrence, when she learned about Lolotai’s Tactical Toa Instagram page and “Use of Force Fridays,” he was “immediately pulled off the streets, and [was] put on administrative leave, he’s not even in the police department,” she said.

However, according to O’Connor, legal briefs he received showed that Lolotai was actually placed on administrative leave because he’d been doxxed and BPD wanted to protect him from harassment, as his home address had been revealed to the public.

“They lied,” O’Connor says. “Now, which one is the truth? Who cares? To me, the fact that they would change their basis for putting him on administrative leave, depending on the context in which they were stating the reason, is very problematic.”

It’s worth noting that “administrative leave” in Lolotai’s case meant 12 months of paid leave, paid for by the people of Boulder, at the end of which, on August 31, 2021 Lolotai’s resignation agreement went into effect and he moved on.

Chief Herold told the Daily CameraLolotai’s infractions were considered “minor,” and asserted that he wouldn’t have been fired if he hadn’t resigned himself. BW reached out to BPD for clarity on this statement, and received the following emailed response from Dionne Waugh, the Public Information Officer for BPD:

“In talking with the chief today, you can attribute this statement to her, ‘I’m confident in the actions of my officers that day given the circumstances and I stand by that.’”

Waugh also included a statement BPD had previously released regarding the settlement: “Given the projected costs of litigation, it is our belief it was unlikely the city will be in a significantly better economic position by litigating the case compared to approving the proposed settlement agreement.”

In other words, it was cheaper to settle with Sammie Lawrence for $95,000 than fight him and his lawyers in court.

As a secondary aspect of the settlement, BPD also agreed to release its use-of-force data from 2019-2021 for the entire police force. That will include incidents of use of force involving an officer’s firearm for each month, use of force using a stun gun each month, and the total number of officers actively patrolling each month. Colleen Koch, of Lawrence’s defense team, says it will essentially be monthly averages of these numbers, giving the public insight into how often BPD is using force in its interactions with the public.

“I think it will give everybody a more realistic sense of what use of force instances are actually occurring within the city,” Koch says, “And whether those numbers are in line with Boulder’s community values, as far as progressive policing goes.”

Koch adds that this is a chance for learning and introspection on the part of the city. She hopes it will provide a foundation for being proactive about how Boulder is policed, and hopes also that people will continue to advocate for their civil rights when it’s necessary—as it was in this case.

Will BPD change in the wake of this settlement? O’Connor says he hopes so, but isn’t holding his breath. If anything, its actions so far seem to indicate to him that BPD would rather protect officers like Lolotai, than serve its community by holding them accountable.

“If the police department or even the district attorney had done their job and found [Lolotai] guilty of using excessive force on people, which I believe he was . . . he would not be able to be a police officer [anymore].” O’Connor says. “So they’ve once again, in my opinion, enabled him to just keep doing what he’s been doing.”

As of September 1, 2021, Lolotai’s employment with BPD came to an official end. His @tacticaltoa Instagram account, as well as any other personal profiles the officer might have had online, have all since disappeared. But Lolotai has made news at both departments he’s worked at so far—unless he changes careers or drastically changes his ways, chances are he’ll show up again.

*This article as updated with a correction on 2/17/2022. Further research failed to prove that Officer Waylon Lolotai was involved with the Zayd Atkinson incident. He was referenced in association with the case in several articles including one from Westword well as in the lawsuit from Kelly Clark, but no videos could confirm his involvement in the case.