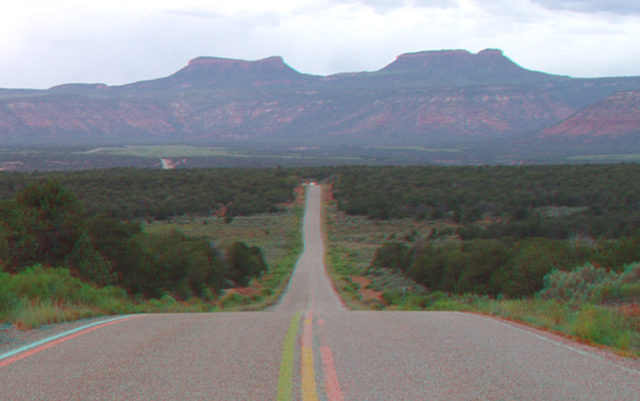 Outdoor Retailer, the outdoor recreation industry’s largest trade show, has announced plans to cut ties with Utah in protest of the state’s opposition to the recently-created Bears Ears National Monument.

After 20 years of gathering in Salt Lake City, the trade show, which brings in approximately $45 million per year to the state, is now entertaining bids from prospective replacement hosts, including Colorado, Montana and Oregon. The move will come after its current contract expires next year.

The decision follows a meeting between the trade show, industry groups and Utah Gov. Gary Herbert, in which the parties failed to resolve differences regarding Utah’s public land policy.

“Salt Lake City has been hospitable to Outdoor Retailer and our industry for the past 20 years, but we are in lockstep with the outdoor community and are working on finding our new home,” said Marisa Nicholson, Outdoor Retailer’s director, in a press release.

The move marks the latest in a series of escalating protests against the state of Utah’s position. On Feb. 7, Patagonia announced it would boycott the 2017 show — a response to the Utah legislature’s resolution asking President Trump to rescind the monument designation for Bears Ears. Several other high-profile retailers including Arc’teryx and Polartec have since joined Patagonia in a boycott.

“[Gov. Gary Herbert] and other Utah elected officials do not support public lands conservation nor do they value the economic benefits — $12 billion in consumer spending and 122,000 jobs — that the outdoor recreation industry brings to their state,” Patagonia CEO Rose Marcario said in a statement.

The American Alpine Club (AAC), based in Golden, collected more than 1,000 letters in support of protecting lands incorporated in the Bears Ears Monument, petitioning the Obama administration to protect the area.

“I’m just happy that the outdoor industry has been able to prove itself a significant enough economic engine that this [conversation] is becoming a real one and an important one,” says AAC CEO Phil Powers. “As opposed to years ago where people would have discounted this threat as unimportant.”

In the final month of his presidency, Barack Obama created the 1.4-million acre Bears Ears National Monument, the result of years of efforts by Native American groups and conservationists to further protect the area.

The monument is home to more than 100,000 ancestral Native American artifacts and structures, spectacular canyon country and world-class rock climbing. Many Native Americans consider the land sacred or spiritually significant.

“This is the first time anywhere in the federal public lands system that we’ve had collaborative management,” Wilkins says. “It’s a tremendously promising development. The tribes’ traditional knowledge is going to combine with the practices of the majority of society, which are different, and I think their combination is going to be great.”

The land that now makes up Bears Ears has been used for mining, grazing and oil and gas extraction in the past.

“As undesignated BLM land, there were more opportunities for oil and gas extraction, mineral extraction and grazing,” Powers says. “A monument is going to be a more restrictive version of management.”

The monument designation will prevent new use contracts from being issued in an effort to protect the landscape itself as well as its archeological resources. Existing contracts will be grandfathered in, and hiking, hunting and fishing permits will still be available.

Increased funding from the federal government will help the park’s managers establish additional infrastructure, enforcement and education. Proponents also see the designation as an economic opportunity for surrounding communities.

“There will certainly be more tourist traffic because of the monument designation,” says CU law professor Sarah Krakoff. “If that kind of traffic is well managed and well regulated by the land managers then it’s often a longer-term economic boom for the surrounding areas than other kinds of development.”

But the designation is not universally popular. According to a poll conducted by the Salt Lake City Tribune and the Hinckley Institute of Politics, about half of Utahns opposed the monument designation and would like to see it overturned. Utah’s congressional delegation and Gov. Herbert signed a resolution earlier this month urging Trump to rescind the monument.

Opponents of the designation cite presidential overreach, the size of the monument (roughly 2.5 percent of the entire state) and potential negative economic implications of limiting the land’s use.

“By unilaterally locking up 1.35 million acres — an area roughly the size of the entire State of Delaware — the president has misused his authority under the Antiquities Act and violated assurances made by his Interior Secretary to take into account local concerns before making a monument designation,” Herbert said in a statement after Obama announced the monument. “Today’s designation demonstrates how overreach from the federal government often disregards the well-being and interests of rural Americans.”

The abundance of natural resources in the area varies. A 2016 drilling operation by Houston’s EOG Resources suggests some potential for oil and gas extraction, despite a general lack of drilling in the past. Mining has proven more successful — so much so that the Inter-Tribal Coalition’s original proposal for a 1.9 million-acre monument was trimmed down by 550,000 acres to accommodate future mining operations expected to occur in the area.

In any case, the area is so large that one couldn’t realistically expect Utah’s governing bodies to accept it flat out. With two-thirds of Utah’s land already under federal control, and the state being the fourth most conservative in the U.S., it would seem that Utah’s Republican representatives had little choice but to oppose the designation, even if that means losing Outdoor Retailer.

“That’s why we have the Antiquities Act,” AAC’s Powers says. “When our other institutions fail to get to the place they need to get to, we do have this tool to rise above partisanship and allow something important to happen when our other mechanisms don’t get the job done.”

Now that Outdoor Retailer has pulled out of Utah, the future of Bears Ears is as unclear as ever.

In theory, the monument could be rescinded or scaled back by either the president or Congress, but either option comes with its fair share of legal obstacles.

“If Congress reverses the monument, then that’s Congress’s prerogative. But I think that’s less likely to happen — it’s hard to get a public-lands bill through Congress that provides less protection,” Krakoff says. “Even this Congress would be reluctant to do that because, in general, the public likes protecting its public lands.”

President Trump has yet to take a public stance on Bears Ears. And there’s no historical precedent for a repeal of a national monument — no president has tried. That the Antiquities Act doesn’t explicitly mention it seems to suggest that he can’t, but modifications to the monument, like scaling back its boundaries, are less clear. Either way, any actions threatening the monument will surely be challenged in court.

“The tribes and conservation groups have put in a huge amount of work to have this accomplished. It’s been a tremendously hard thing to do. But President Obama did do it,” Wilkinson says. “If they try to scale it back, there’s no way we’re going to lie down and accept it.”