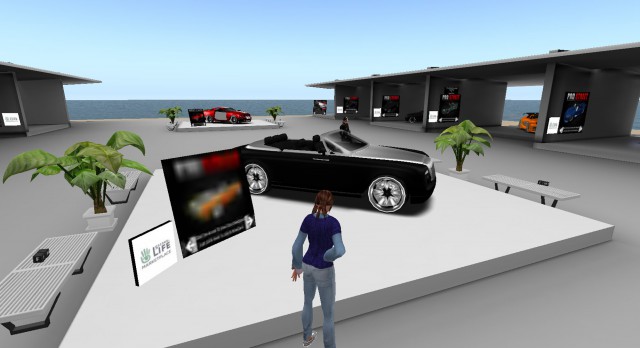 — When needed cash to help him get through his senior year at , he knew what to sell.

His ad on
read something like this — Available: World of Warcraft avatar ranked
second in his realm, plus his castle, virtual gold, weapons, and other
accessories.

Within a week, he pocketed a very real for a very unreal set of assets.

Fortunately for Quirino, now 26, the transaction was
a smooth one. He got his money, graduated with a degree in graphic
design, and went on to cofound the popular-culture blog Geekadelphia.

But the murkier side of virtual worlds — where
incidents of theft and fraud, along with assault and bullying, are on
the rise — increasingly has real-world cops and courts intervening.
Their involvement hasn’t ended the confusion.

If someone steals your virtual pants, is it considered a real theft? Is it possible for an avatar to
rape another avatar? Can you be hauled to court on harassment charges
for annoying a game character? When the virtual blends into the real,
trying to distinguish one world from another can be mind-bending.

“Can you go and live your life … in a fantasy
environment and then come back and live normally in the off-line world
without interplay between those two existences?” asks , a professor at
in Camden, and author of the recently released book Virtual Justice,
The New Laws of Online Worlds and an in-demand speaker on that topic.

While online justice is still an evolving concept,
some judges are finding that virtual assets fall under property law.
Accusations of physical assaults on avatars still are mainly handled
within the virtual world — meaning the players patrol criminal behavior
— though these cases, too, are getting attention from real-world police.

Virtual worlds, for the uninitiated, are online,
interactive, simulated social spheres where animated avatars substitute
for real people and the players determine the course of play. Unlike a
traditional online game, virtual worlds also are “persistent,” Lastowka
says, meaning that life goes on, even if you are not logged on. You may
be sleeping, but people still go out for drinks, work, buy and sell
goods — and commit crimes. Logged on or not, you don’t have control
over everything that could affect your avatar.

The audience for virtual worlds is relatively small,
albeit enthusiastic. About 8 percent of online teens and 4 percent of
online adults visit virtual worlds, says the Internet & American Life Project.

The best-known example is medieval-themed World of Warcraft, with about 12 million players in , , and .
Others include Final Fantasy XI, EVE Online, and Everquest II. Second
Life simulates a working society. There are virtual worlds just for
kids, and ones that run on Facebook or your mobile phone. Some are
free; some require a paid subscription.

Many have story lines featuring grueling battles
between factions. By fulfilling quests, a player gains prestige, power,
and the world’s currency (often convertible into dollars), which can be
used to buy coveted objects — armor or weapons, for example — that are
no more than images created through computer code.

Still, the stakes can be high.

The items’ in-game value, and the amount of time and
money needed to acquire them through playing, have led to a booming
real-world marketplace on
and other websites. If you want to advance faster in a game, you also
can do business with “gold farmers,” entrepreneurs whose employees play
the games and “harvest” their currency for sale online.

In some cases, these objects generate more than just a healthy obsession, as illustrated by the story of Qiu Chengwei of .

In 2005, he was deeply involved in the Legend of
Mir, a world where he had acquired the magical Dragon Saber, valued in
real money at nearly . When a friend asked if his
avatar could borrow the saber, Qiu obliged — and then was betrayed when
the friend sold it to a third player.

Qiu took his case to the police, who claimed a theft
couldn’t have occurred if the item didn’t physically exist. So Qiu went
to his friend’s house with a knife and killed him.

Committing murder over a virtual object is extreme,
but placing value on an intangible item is not. Lastowka says lots of
things we pay for in life can’t be touched. He likens it to seeing a
film: “You’re not getting anything more tangible than from virtual
goods.”

Although Philadelphian Joe Osborne, 22, hasn’t been
a victim of virtual wrongdoing in the five years he has played World of
Warcraft, he knows gamers who lost all their “possessions” when hackers
breached their account and took everything.

If he were victimized, , a freelance writer for Games.com and PCMag.com, wouldn’t take his concerns to the police.

“I understand you’re paying a monthly fee and
putting the time into it,” he says, “but is that really worth the legal
fees or the legal vindication? To me, it’s just a video game.”

For others, the goal is to win at all costs. (That’s probably the case with the gamer who spent
to buy a space station in the online Entropia Universe.) And where
there is competition and ambition, avarice and immorality are not far
behind. The results are -ish scams,
theft, rapes (of one avatar by another), and harassment known as
griefing, in which gamers delight in disrupting others’ play.

But it was inevitable that some of these incidents would wind up in front of flesh-and-blood judges.

In the case of , who in 2006 was a , lawyer and a virtual landowner in Second Life, a court was sympathetic.

“The whole virtual real estate concept was real interesting to me,” said Bragg, 51, from his home in . “I saw it as a real-world moneymaker.”

He says he did nothing wrong when he bought thousands of dollars of virtual land in Second Life auctions. , operator of Second Life, said Bragg did it improperly.

“They froze my account, deleted all that stuff, and didn’t even give me back my U.S. money,” says Bragg.

So he went to court for reimbursement of his losses. In 2007, U.S. District Judge in
ruled that the dispute was legally real, and that the arbitration
clause in the game’s terms of service gave no real recourse for a
dispute. Linden settled with Bragg for an undisclosed amount.

In cases of online assaults, finding justice can be trickier.

Recently, German and Belgian police investigated
allegations of rape and abuse between Second Life avatars, and
authorities arrested a man in for a series of avatar muggings in another virtual world. But other crimes never get prosecuted.

In 1993, writer documented the first report of sexual violations in an online world in a Village Voice article called “A Rape in Cyberspace.”

Back then, the world Dibbell wrote about — and
therefore the assault — was text-based, without images and avatars.
After one player graphically described a sexual assault he committed
against female characters, an outraged virtual community demanded
action, and the perpetrator’s account was deleted. (The player simply
created a new one.)

Dibbell, a contributing editor for ,
doesn’t believe it makes sense to apply criminal law to these kinds of
crimes. He believes it’s up to the virtual community to punish
wrongdoers, just as it tried to do in the cyber rape he chronicled.

“When you try to map it onto law,” he says, “it
shuts down what’s interesting about what’s going on in those places —
the ambiguity.”

But more mixing of the two worlds is inevitable.

“I don’t see any turning back,” Lastowka says.