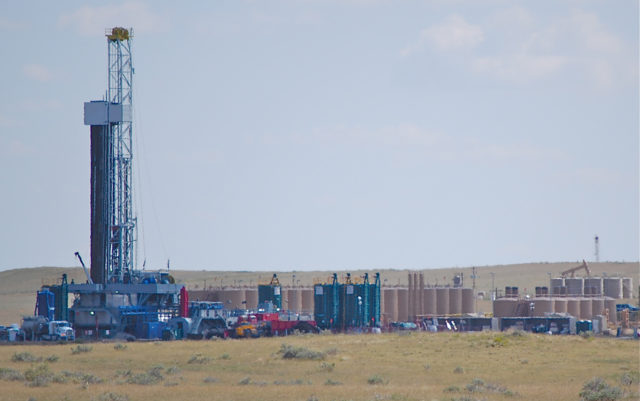 Environmental groups are applauding a BLM decision to defer 58 of 81 oil and gas lease parcels in Colorado from its December lease sale. The lease sale originally encompassed 74,516 acres of public lands.

In it’s announcement, BLM Colorado said, “[We are] deferring parcels that contain big game habitat in cooperation with a request from the State of Colorado to delay leasing to allow consideration of further habitat protections. The State of Colorado had also requested leasing in the North Fork Valley be delayed until the Uncompahgre Resource Management Plan is completed.”

Several of the deferred lease parcels are in Greater sage-grouse habitat, which the federal government avoided listing as an endangered species in 2015 by working with state and local governments on resource management plans to protect the bird. Under the Trump administration, these plans are in the process of changing.

“Our chief concern is the lack of public participation in the new leasing process,” Gov. Hickenlooper said in a letter asking the BLM to defer the lease sales. “We continue to ask for the deferral of those parcels in sensitive areas particularly those protecting wildlife corridors, where the public has been heavily engaged in pending land use plans, and where there is significant local opposition to the leases being offered in the first place.”

In total, the BLM has postponed leasing more than a million acres of public land across five Western states in recent weeks, in response to a lawsuit brought by the Center for Biological Diversity.

“We’re pleased the BLM is following the judge’s ruling and at least temporarily protecting large swaths of greater sage-grouse habitat,” said Taylor McKinnon of the Center for Biological Diversity in a statement. “But the Trump administration is doing everything it can to put millions of acres of public lands into the fossil fuel industry’s hands. This fight is far from over.”

Twenty-three parcels, containing some 8,347 acres, will move forward in the Colorado lease sale scheduled for Dec. 13.

In the midst of the midterm elections, State Rep. Jonathan Singer (D-Longmont) signed onto to a nation-wide pledge seeking term-limits for members of the U.S. Congress by proposing a Constitutional Amendment through an Article V Convention. In 2017, Singer sponsored a bill in the Colorado House to such effect, but the measure died in committee.

The newest pledge is put forward by U.S. Term Limits, a non-partisan, national movement to limit terms for elected officials. It reads: “I pledge that, as a member of the state legislature, I will support and vote for the resolution applying for an Article V convention for the limited purpose of enacting term limits on Congress.”

In a 1995 decision in the case of Thornton v. U.S. Term Limits, the Supreme Court ruled that only a constitutional amendment could enact term limits on Congress. A constitutional amendment can only be proposed with support of either three-fourths of Congress or three-fourths of states (which is currently 34 states.) Once proposed, 38 states must ratify it in order to change the Constitution.

According to a January 2018 poll, 82 percent of voters approve of term limits on Congress.

“Jonathan’s support of term limits shows that there are individuals who are willing to listen to the majority of voters who want term limits,” U.S. Term Limits President Philip Blumel said in a statement. “America needs a Congress that will be served by citizen legislators, not career politicians.”

At the State House, Colorado representatives are limited to 8 years (4 terms) in office. Re-elected once again on Nov. 6, Singer will begin his last term as state representative in January.