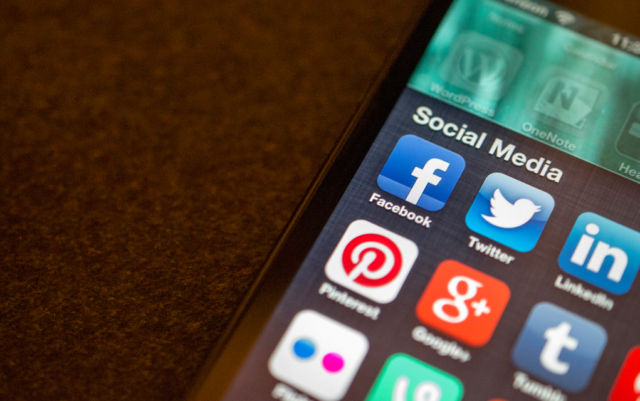 Earlier this year, regional director of the Associated Press Jim Clarke, speaking in favor of a bill to mandate media literacy education in Colorado, told a group of state legislators that his news organization’s “hair is on fire.” Lisa Cutter (D-Littleton), who sponsored the bill, was surprised Clarke agreed to testify — the AP doesn’t typically do that — but what she heard him say made it clear why he had chosen to do so.

“They don’t know what’s real and what’s not when they’re accessing news and information. Around the world, fake information and manufactured videos and doctored videos are proliferating,” Cutter says, recouting Clarke’s testimony.

And so if the AP, that bastion of objective news-gathering, is struggling to tell fact from fiction in today’s media landscape, how are Colorado students, with far less training, expected to separate truth from disinformation?

That’s the impetus behind Cutter’s bill, which, if passed, would engage a consultant and form a committee of educators and media members to provide the blueprint to implement mandatory media literacy education in Colorado classrooms from kindergarten to 12th grade. It would make Colorado one of only a handful of states to require such education, even though the need, Cutter says, is widespread and urgent.

“If we want people to make educated decisions we have to first educate them on how to make educated decisions,” she says. “Kids are exposed to news every minute of the day. They constantly have things blowing up on their phones and coming across on text. We give kids cell phones, which I have mixed feelings about, at 8, 9, 10, whatever. You can’t block it out. … It’s been harmful for our democracy and harmful for our dialogue, because [students] double down on information that’s not even true.”

Ninety-five percent of kids in the U.S. have access to a smartphone, and almost half of them say they use it “almost constantly,” according to a 2018 Pew Research poll. A large majority of kids access Snapchat, Instagram, YouTube and Facebook on a daily basis.

“And as a result, that’s where they’re getting their information from,” says Zoe Midler, the Boulder Valley School District (BVSD) digital literacy specialist. Though media literacy education is not yet written into state standards, BVSD is one of several school districts throughout the country that have taken it upon themselves to introduce such curricula.

Midler says BVSD’s teacher-librarians are leading this education “in the context of lessons.” Students access library resources for research projects, and librarians are there to guide students toward credible sources.

“A lot of [students] will come with a website that they found,” Midler says, before explaining the typical source-vetting process: “Let’s really take a look at this website. Let’s go through an evaluation of the site. Who owns it? Where is their information coming from? Can they cite their sources? Can I contact somebody there? When was the last time something was updated? … Hey, is that photo you’ve been looking for, has it been doctored? Is that YouTube video that claims to show, I don’t know, a yeti walking across the Himalayas, doctored or factual?”

The scope of what our schools should teach students about media literacy has broadened vastly in the last decade, Midler says, coinciding, predictably, with the expansion of technology. Ten years ago, before social media and smartphones had inundated our society, the focus was on debunking hoax websites, and Midler says every district likely had their own checklists to help students identify such imposters.

“There was a tipping point maybe five years ago, where it’s no longer enough just to have a checklist anymore for a website,” Midler says, “because information is coming from so many different sources now. We need to impart these skills to our students, to not only say this website is biased, but how do you translate that same kind of teaching and tools to what they’re getting into their phone and through text?”

And that’s the broader point that some national media literacy groups are trying to address: Everything that is sent to and from a kid’s phone, tablet or computer is contributing to the current media landscape, and their understanding of it. From the blatant (dubious memes, conspiracy theory podcasts, social media comments sections with horrifically sourced statements) to the latent (ads in Gmail accounts, sponsored Instagram posts, a flag on the wall of someone playing guitar or doing makeup on YouTube), all this input results in a dizzying, constant feed, where consumers are producers and producers are consumers.

“We need to teach students to think like journalists,” says Pulitzer Prize-winning, former Los Angeles Times journalist Alan Miller. “Everybody is their own editor and everybody can be their own publisher.”

Miller first noticed this “tsunami of sources” forming back in 2006, and combined with another major flood — layoffs in newsrooms across the country — he was inspired to launch the News Literacy Project (NLP), one of the country’s first nonprofits built to educate teachers about media literacy, connecting them, and students, with working journalists and First Amendment experts. Miller says without widespread media literacy education, everyone from foreign actors to bloggers in their basements to multinational corporations can chime into the cacophony and pass off their messages as truth.

“We live in the most challenging, complex information landscape in history,” Miller says. “People have more good, valuable information literally at their fingertips than ever before, but it’s competing for their attention with sources trying to persuade and sell and mislead and exploit.”

More than 5,000 educators — and by extension 125,000 students — have accessed NLP’s Checkology program, a virtual classroom that provides teachers the resources they need to implement media literacy education. (43 teachers and 400 students have accessed the program in the Denver metro area.) Journalists from the New York Times, Washington Post, Wall Street Journal and more lead virtual courses, and the program is supplemented by in-person NewsLitCamps, whereat local journalists lead workshops with teachers.

But what’s clear is that whether it’s Cutter’s bill, BVSD’s media literacy program, or Miller’s work with NLP, the key to educating kids about how to navigate the media landscape is teachers. Midler, at BVSD, says although media literacy work started with librarians, the proliferation of smartphones means that every teacher needs to have a core competency in media literacy education.

Conventional wisdom might dictate that it’s today’s students who are at a disadvantage in consuming modern media, but one need only to have accessed the internet at some point during the 2016 election to know media illiteracy has no age restrictions.

“There’s no question that we’re also educating the educators,” Miller says. “We see this at the NewsLitCamps. They’re not familiar with very basic concepts like the wall between the news side and business side, and the wall between opinion and news, which are imperfect in practice but in a quality news operation, those are standards that should be there. … The educators need to be informed to inform their students.”

Miller adds that students today are digital natives, who are comfortable on their devices and on social media, even if they’re not fully equipped to “discern quality information from disinformation.”

“Many of the teachers may not be as comfortable online, so we’re giving them a resource that is very intuitive and giving them guidance,” Miller says.

Though NLP’s work is largely with those teachers and districts that seek out help with media literacy education, Miller strongly supports legislation and state standards that would require it. But helping individual, motivated educators and districts is a different task than implementing statewide media literacy curricula and standards.

Media Literacy Now has helped craft legislation to implement such curricula. The group helped pass legislation in Washington state, which is now being used as a model in Cutter’s Colorado bill. The model creates a state panel to develop standards, but after the panel is established, the hard work of defining and implementing curricula begins. And that difficulty grows as technology changes, says Erin McNeill, who founded Media Literacy Now in 2013.

“It’s very complicated what needs to be taught and at what grade levels,” McNeill says. “[You can teach about] advertising of junk food on television for, say, fourth graders, but what about the meaning of what you’ve posted on Facebook and how you’re using other social media and the digital citizenship questions in middle school? It’s really complex today because there are algorithms coming into play; why are we seeing this information come up at the top of my social media feed? How does virtual reality and augmented reality affect the message, and how will it affect us in the future? So it’s getting more and more complicated all the time, and teachers need a lot of help because they want to teach it.”

McNeill says, optimally, media literacy education enters a student’s education as early as possible — kindergarten, even. She says a lesson for such young kids might be to look at a picture and try to figure out what’s real and what might be doctored. Then, media literacy education should continue until kids leave high school. “That’s not necessarily what we’re seeing, but that’s definitely the goal,” McNeill says.

“We have a lot of anecdotal information that says media literacy skills are not being taught in a wholesale way. They’re not being taught K-12; mostly it’s happening in high schools, mostly in districts with greater resources, in private schools, but it’s not something yet getting out to students across the country,” she says.

“If I’m teaching along a particular topic and I know research is involved, that’s a chance for me to embed those [media literacy] concepts in a really conceptual way,” Midler says.

Cutter agrees that exposure to media literacy education should happen early and often: “I think [students] should be exposed in every piece of curriculum that makes sense: reading, writing, civics. … I think [media literacy] needs to be peppered throughout the curriculum as a matter of fact.”

For what it’s worth, Cutter says there hasn’t been much opposition to the bill, only the fiscal impact — it started around $56,000, but some tweaks have gotten the price down to about $20,000 to hire a consultant, then form a committee to develop such a curriculum. But the benefits to widespread media literacy education would be immediate and exponential, McNeill says.

“Imagine that we have all of our young people, K-12, really learning comprehensive media literacy skills, I think that number of people in our country would definitely be ready to face the challenges that we’re seeing,” McNeill says. “You start to see a cultural change after a certain point.”

When once all “literacy” meant was that a student could read or write, now we’ve “reached the tipping point where people understand …” she says, “that literacy is media literacy in the 21st century.”