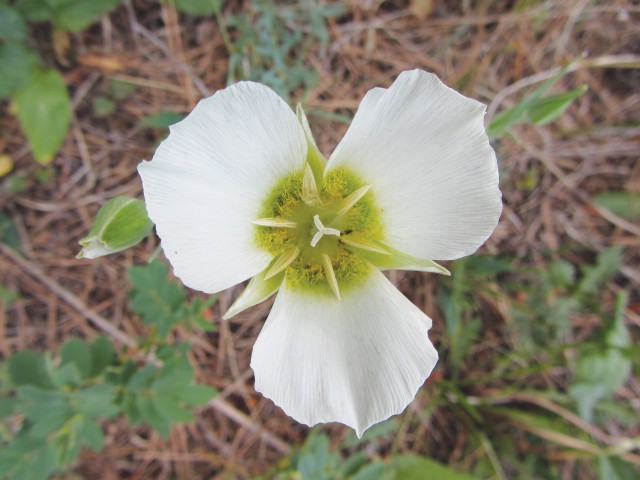 Where have all the flowers gone? According to a recent Colorado study published in the Journal of Ecology, they’re getting burned up.

The scientists analyzed data from meadow habitats in Gunnison County ranging from dry, rocky slopes to wet, low areas, beginning with observations taken in 1973. The study tracked midsummer blooming patterns of wild flowers, as well as snowfall and temperature. The scientists noted a “mid-season reduction in total flower number” and a change in flowering patterns throughout the summer, which they associate with hotter and drier summers. A reduction in the number of flowers or a change in when they bloom could have serious consequences for pollinators like bumblebees, the study adds.

While the study paints an unsettling picture for meadows in Gunnison, local experts in Boulder County caution against drawing too many conclusion about our own habitats — at least right away.

According to Tim Seastedt, a professor of ecology at the University of Colorado, year-to-year changes in cycles complicate the picture for scientists.

“It’s tough. Inter-annual variability is huge, so every year, we get a new look. This year, it was a dry spring and everything really moved slowly until we got that wet period and everything started to catch up. And now we’re back to an absolutely average year rainfall-wise,” he says.

The mid-1990s were particularly dry, while the early 2000s saw much higher precipitation, and the extent of the human impact on these cycles is difficult to judge.

“These are natural cycles, too,” Lynn Riedel, a plant ecologist with the City of Boulder Open Space and Mountain Parks department, says. “Drought leaves openings that theoretically allow plants that might get into a site to get in.”

Riedel says Boulder’s something of a haven when it comes to climate change. The area’s unique topography contributes to special weather patterns that create micro-climates.

“That creates a setup for refuge for plants and animals as climate changes. So we can look to the past to kind of guess what might happen,” she says.

And while there hasn’t been a study in Boulder County analogous to the one in Gunnison County, Seastedt says that there has been a large amount of research looking at the ecosystem from a broader perspective. The main question has been which groups of plants have benefited from the longer growing season that has been emerging here — and which groups have suffered.

“We see a decline in the abundance overall of certain groups, but we can’t tell if that has anything to do with phenology or competition or change in resources. It’s a hand-waver,” he says.

And like any competition, there are winners and losers in the natural world, especially when the rules of that competition change.

“Winter annuals species seem to be the winners, and unfortunately most of them are not native. And one of them is, unfortunately, quite undesirable — cheatgrass.”

As for whether Boulder wildflowers are in decline like they are in Gunnison County, Seastedt says there is not enough species-specific information yet available.

“It doesn’t mean it’s not happening. It just means that we’re not set up with a sophisticated enough monitoring program to really nail that down.”

Whether or not any particular species is thriving or declining, however, one thing Seastedt emphasizes is that we can’t get back to a fully native ecosystem.

“The problem is the native environment grew under a set of conditions that no longer exist. Our atmospheric chemistry is different both in terms of CO2 and nitrogen, and those are both plant nutrients. Now, there’s more of it, so the guys that use more of it benefit. So it sort of changes the competition rules.”