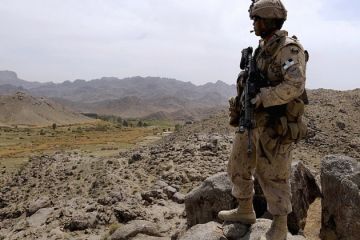 There’s been a lot of bad news coming from Afghanistan in recent
weeks—deep anti-American sentiment finally overflowed into violence when
it was revealed American soldiers burned copies of the Koran at Bagram airbase on February 20. More than 30 people have been killed in revenge attacks, and 11,000 Afghans took to the streets in protest this weekend.

Two American troops were killed
inside the Afghan Interior Ministry last week, also in response to the
Koran burning, leading to the unprecedented removal of all military
personnel from the government ministries. Given that this is the
government the United States is trying to build up, it’s a troubling
development to say the least, as is the fact that 10 of the last 58
coalition deaths have come at the hands of America’s Afghan partners.