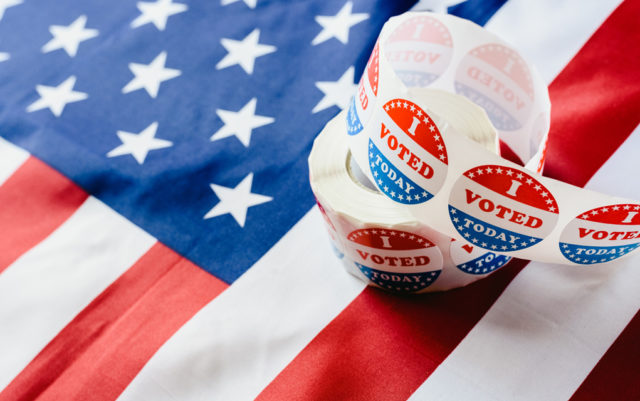 When Colorado voters head to the polls on Super Tuesday, March 3, or drop their mail-in ballots (sent last week) in the days leading up to it, they will be engaged in a state voting process that has changed significantly in recent years.

This will be the first year in two decades that Colorado voters will vote for party presidential nominees through a primary and not a caucus. This will be the first presidential primary year in which the votes will be tallied on Super Tuesday. Voters who are 17 years old but will turn 18 by Election Day can vote in the primary. Unaffiliated voters can vote in either Democratic or Republican primaries. And if a voter has interacted with certain state agencies, like the DMV, they’re automatically registered to vote.

There are more polling places than previous years, more drop-off boxes and people can register to vote on the day of the primary.

Colorado has won accolades for its voting protocols, but, then again, few people had any questions about Iowa’s caucus process until it completely fell apart and made a mockery of our democratic system on Feb. 3. Too, a new study from MIT raised questions about the security of an app used by the City of Denver (Voatz) to accommodate military and overseas voters.

So what makes Colorado’s voting system less susceptible to fail?

First, Iowa’s caucus was run by Democratic party members using an app designated by the party to report results. Colorado, by virtue of switching to the primary format, puts the responsibility of election integrity in the hands of trained election officials.

“This is still a new environment that people are operating in,” says Boulder County Clerk Molly Fitzpatrick. “We are working hard to ensure there are people — election judges, staff workers — trained to understand first and foremost how to be an ambassador and promote the ways we are secure and ensure they have the training to combat threats.”

Every vote in Colorado is done on paper. In Boulder County, mailed-out ballots are tracked from the time they leave the Clerk’s office to the time they return. Once ballots are received they are scanned into a system that is not connected to the internet and which was installed according to state protocol. Signatures are verified through closed-source software, and a team of trained judges helps ensure signatures match and that the system logged votes the way voters intended. When votes are ready to be uploaded and reported, they are put on a clean flash drive and transported to another area to avoid any possibility of corrupting the system.

The entire system is open to the public (cameras run 24/7), and in fact, the public is encouraged to participate either by attending walk-throughs at the Clerk’s Office before the election or by serving as an elections worker. That’s a necessary part of the process, Fitzpatrick says, as it reinforces the strength of the system already in place.

“One of the things we’re trying to do is implement strong protocols … and also ensuring that if you’re accessing critical information that you have only the levels of information you need to have,” Fitzpatrick says. “Humans are involved in running elections for us, so how do mitigate as many of the risks as possible? We have a lot of redundancies built into our process.”

That’s all on the local level. On the broader level, Secretary of State Jena Griswold has her eye on how to protect our systems from being attacked by bad actors.

“We do know from the Mueller Report, FBI reports, there are actors who are trying to undermine our election system,” Griswold says. “If systems aren’t set up correctly, suddenly you have a [way in].”

Griswold says that the way she’s most concerned about bad actors accessing government systems is not through election protocols or clerks’ offices, but through other county systems — “They end up being the spaces that get attacked.” And so Griswold is pushing for broader cybersecurity measures on all levels of government, in all departments, to mitigate risk.

(There is still a caucus in Colorado, by the way, only it will be held by the political parties on March 7 and will help determine which non-presidential candidates make the ballots for June primaries.)