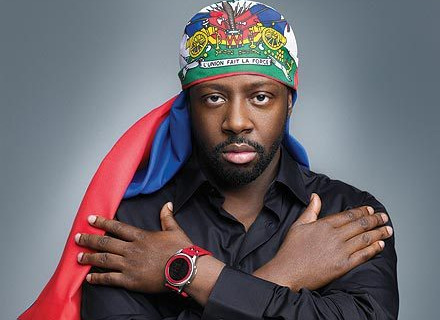 Wyclef Jean,
whose performance on Friday at CU-Boulder has been pitched as an alternative to
the annual 4/20 smokeout on campus, has agreed to not directly mention
marijuana or 4/20 during his show at the Coors Event Center.

The
university’s March 1 contract with Jean shows that the hip-hop artist will be
paid $80,000, and there is a clause prohibiting the pot references.

“The Agency
shall ensure that the Attraction avoids making direct references to marijuana
and other illegal drugs or make 4/20 related remarks as this is a University
sponsored event.”

The University
of Colorado Student Government partnered with Program Council to put on the
concert. Jean has supported legalization of marijuana in the past, and his
lyrics reference the drug in songs like “Something about Mary.”

When asked if
specifically limiting the things that Jean could say at his performance was
censoring, CUSG Vice President of Internal Affairs Carly Robinson said, “I don’t believe that would
be censorship.”

By the way, the
dictionary definition of censorship is “the practice of officially examining
books, movies, etc., and suppressing unacceptable parts.”

Robinson also
says that their limiting of speech is standard fare.

When asked if
she knew of any other contracts prohibiting certain speech, Robinson said that
she did not know of any.

“It’s not so
much about censoring, we just wanted to give students an opportunity to have an
event that’s not about 4/20,” Robinson says. “So we didn’t want it to become
some kind of political concert where that’s what people were talking about
while they were there, we really wanted it to be focused on his music and not
about anything political.”

The $80,000
being used to fund the censored concert is completely funded by CU student
fees, Robinson says. These fees come from CUSG Proper’s fund balance, which is
approved by the CUSG Finance Board. When asked if CU students would support
CUSG using their fee money to censor an artist, Robinson said, “I believe so.”

“There was a
resolution passed through legislative council asking us to move 4/20 off our
campus, and that’s what we are trying to do,” Robinson says. “And I believe
that they would support our efforts in the way that we see fit.”

The signatories on the contract are CU purchasing agent
David Turner, on behalf of the Board of Regents, and Jean’s agency, Carnival
House Touring.