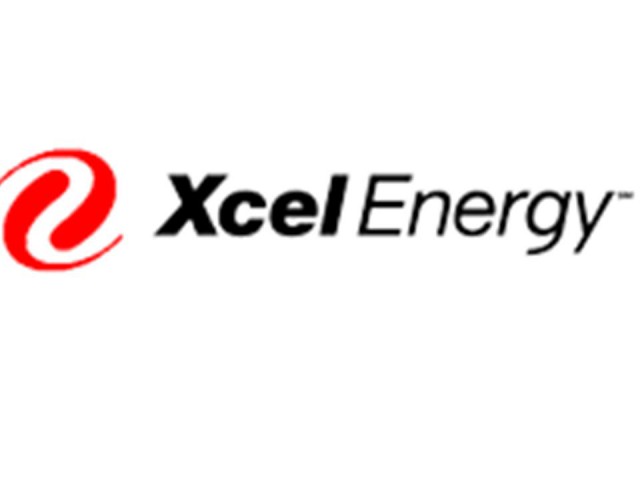 Xcel
officials are challenging the authenticity of a document reportedly sent to a
Boulder City Council member outlining the company’s anti-municipalization
campaign strategy, dating back to last spring.

The
document, titled “Draft for Internal Discussion,” is undated and unsigned. It
was reportedly delivered anonymously to a Boulder City Council member.

The
document, which lists dollar amounts to be spent and key players involved, concludes
by saying, “We plan to win the election, at all costs.”

The
document states that Xcel intended to begin a “quiet, active campaign” in
March, well before the company brought its wind-energy proposal to city officials,
and well before a municipalization question was placed on the ballot.

That
fact alone should prove that the document is a fake, according to Xcel
Regional Vice President Jerome Davis, who says the wind deal wasn’t done until a couple of months later.

“That really wasn’t put in place until probably sometime in May/June,” Davis told Boulder Weekly. “That in itself ought to just be enough.”

In
a prepared statement, Davis added, “We have checked with our Boulder team, and no one on the team had
seen the document before. We also checked with our consultants, and they
informed us that they have not seen this document before. The document contains
numerous factual inaccuracies and does not reflect our campaign strategy. We
believe this is a fake document that is being used as some type of campaign
trick. We have and will continue to fully disclose our campaign expenditures as
required by the county clerk.”

The
document lists expenditures of $2.75 million for consultants like David Kenney
of The Kenney Group, a $125,000 retainer for Matt Moseley (former
communications director for the Colorado Senate), up to $2 million for Boulder
Tomorrow and an advocacy group that was yet to be named, and $350,000 for Oregon
polling firm RDD Field Services.

Davis
told Boulder Weekly that the dollar amounts are inaccurate as well.

“That’s
the kind of dollars they spend on a presidential campaign,” he said. “It
doesn’t cost that much to poll in Boulder.”

He
declined to go into detail about how the players and dollar amounts listed were
inaccurate.

“This
comes out of nowhere a week before the end of the election,” Davis said. “This
is, in our world, what is known as an October bomb. … It’s a bogus document.”

The
person who provided the document to Boulder Weekly, who asked to remain
anonymous for fear of retribution, said the City Council member had provided it
to her because she volunteers for the pro-municipalization campaign. She told
Boulder Weekly that neither she nor the city council member have verified its
authenticity, but she maintained that much of the information in the memo is
true. She also acknowledged that it could have been fabricated.

The
full, unedited text of the document in question appears below:

We plan on
beginning a quiet active campaign in March 2011 —  Jerome Davis (VP) as
the public presence directing the Boulder campaign, which is led by Roy Palmer,
Doug Benevento, Craig Eicher and Paula Connelly making the campaign decisions
internally and meeting weekly with our consultants, listed below. David Eves is
designated as the objective voice of Xcel to bring this plan into fruition.
Other consultants and participants for the campaign are identified and include:

David Kenney of
the The Kenney Group. David is an accomplished political campaign strategist,
working for numerous Democratic candidates including former Governor Bill
Ritter, Jr. and Mayor John Hickenlooper. David also participated in the Obama
campaign, and has key contacts in Boulder. Preliminary Budget: $2, 750, 000,
which includes hiring of certain key consultants, including the social media
agency for intelligence purposes on a monthly retainer from March through
December.

Matthew Moseley, Intermountain Corporate Affairs. Matt served as communications
director for the Colorado Senate under President Joan Fitz-Gerald, lives and
works in Boulder and is viewed as a community leader. Preliminary Budget: $125,
000 (retainer)

Boulder Tomorrow. We have participated and funded this group since its
inception, and will increase our funding for the balance of the cities efforts.
Boulder Tomorrow is discussing engaging David Miller and Ken Wilson and forming
an advocacy group, yet to be named. Matt Moseley and Craig Eicher are leading
these discussions. Boulder Tomorrow has a stigma, so this group may well be the
primary vehicle for advocacy pieces, direct mailers, advertisements in the
local media and hiring technical consultants. RFPs will be issued for the
consultants through Boulder Tomorrow. Boulder Tomorrow will not be an advocacy
group, and need not file reports with the city of Boulder. However, we believe
the citizen advocacy group must meet Boulder reporting obligations. Preliminary
Budget: up to $2, 000, 000 to be delivered between these two organizations.

Oregon-based RDD Field Services is one of our polling firms. Budget: $350, 000

Our team of internal and external consultants will analyze this quiet industry
leader data, the social media intelligence, and develop the messages to win the
middle.

From our social media intelligence and initial discussions, the campaign
themes initially expected to persuade the business community and middle voters
will be poll and social media tested.
– Xcel is the low cost provider
– Xcel can increase renewables, highest renewable % in US
– Xcel commits to keep large industrial rates low
– Xcel responsible by nature
– Xcel is a known commodity, City of Boulder is not
– The Boulder City Council is a fringe group
– The Boulder City staff do not have the expertise to run a utility
– The City of Boulder cannot be trusted to run a utility
– Boulder group are a bunch of left wing zealots
– If muni passes, litigation for 5 to 7 years, like Las Cruces-a long,
multi-million dollar battle with no end.
– If muni passes, and city spends millions on legal fees, and by chance the
city wins, the end result will be higher rates and no system reliability.

The Tier 2 Carrot Strategy (subject to
voter and PUC approval).

We have only discussed the Tier 2 plans very privately with the PUC members
individually at this point, and plan to meet with the City staff.
1. 20 year franchise in Boulder with a special PUC regulated system–need PUC
authority so it’s not going to be a “Boulder special generation
system” franchise agreement.
2. Within existing Tariff 2%, but not repeatable by any other franchises-Xcel
needs this to discourage other cities.
3. Special Boulder generation system with 70% renewables gas service in the
2012-2020 timeframe. Wind RECs to the city.
4. Rates competitive but slightly higher than the balance of the Xcel system,
mainly to discourage other cities from pursuing this special Boulder system.

We plan to win the election, at all costs.