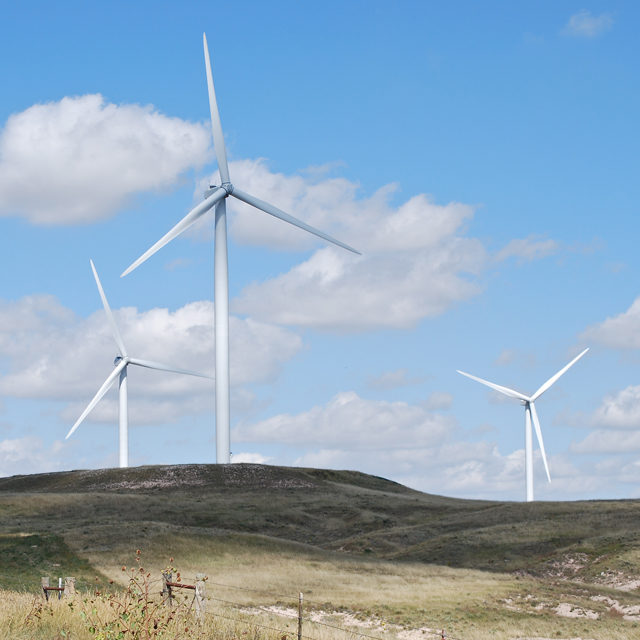 Just short of the new year, Xcel’s state subsidiary, Public Service Company of Colorado, published a report that caused quite a stir in the renewable energy world. In soliciting project bids to achieve its 55 percent renewable energy goal by 2023, the utility received proposals for an unprecedented number of projects with some of the lowest renewable energy costs to date.

As compared to Xcel’s last solicitation, which drew 55 bids in 2013, the 2017 report documents a total 430 individual bids, the majority for renewable projects. More than 350 propose some combination of wind, solar and battery storage.

Additionally, the report reveals what is assumed to be the lowest median bid prices for renewable energy anywhere in the country, at a median price of $21 per megawatt hour (Mwh) for wind energy plus battery storage and $36/Mwh for solar plus storage. This is a drop from the previous lowest bid for solar plus storage that came out of Arizona in May 2017 at $45/Mwh. Even more impressive is the massive drop in storage prices in the Xcel bids: while the Arizona project’s storage adds $15/Mwh for storage, the Colorado prices are $3-$7/Mwh.

“Our challenge in this century is to learn how to keep the United States running on wind, solar and storage, and now we can do it and save hundreds of millions of dollars,” says Leslie Glustrom of the nonprofit Clean Energy Action.

“The economics now favor the fastest transition [to renewable energy] we can achieve, and we will all be better-off environmentally of course with less carbon in the atmosphere, better off economically, and we’ll be more resilient.”

The bid solicitation is a part of an Xcel proposal to retire two of the utility’s coal plants in Pueblo earlier than expected and replace that energy output with a combination of wind, solar, battery storage and natural gas.

Innovation in the storage industry, as Tesla and other companies continue to compete to create high-capacity batteries, is driving storage prices down. It means renewables can now compete with coal on price, not simply for being cleaner sources of energy.

“That’s incredibly exciting and shows that the move to renewables is accelerating mainly because of price,” says Rebecca Cantwell, the executive director of Colorado Solar Energy Industries Association (COSEIA). “We’re thrilled; we think that it clearly shows the inflection point that even solar plus storage makes sense in a variety of applications on a pure cost basis alone.”

Not only do the low storage bids support the concept of closing down coal plants, but they also could decrease the need for other fossil fuel based energy sources — like natural gas — as well.

“The storage component is what enables these renewables to be brought online without their intermittency being a huge problem for the grid. The storage helps firm everything up so that when the wind slows down, the clouds go over the sun, that you don’t have to bring up a gas plant,” Boulder councilman Sam Weaver says. “That’s another game-changer: the amount of fossil fuel backup that’s necessary probably goes down as the amount of storage on the grid goes up.”

These low bids are also seen as a win for Boulder and other cities around the state currently working to achieve 100-percent-renewable energy goals. They’re also a good sign for Boulder’s continuing effort to create a municipal electric utility.

“These prices bode well for the muni,” says Weaver, one of municipalization’s strongest supporters. “When we originally started talking about it, we were talking about using a little bit of natural gas to firm up wind and firm up solar. … But today with the prices being what they are, we could potentially leave most of the gas out completely and be focused on using storage plus renewables.”

While the low bids are exciting, several questions still remain.

First, the report does not provide a lot of detail about the proposed projects and it’s unclear what amount of storage is being included in the low bids.

“The actual cost will depend on how much storage, what kind of batteries, what’s the interconnection look like,” Cantwell says. “A lot of the technical issues could affect the prices down the road.”

A more detailed report on the proposed bids is expected this spring.

Plus, both Weaver and Glustrom question how these cost savings will be passed along to consumers, if at all. As part of the deal to increase renewable energy, Xcel agreed not to pass the cost of closing the coal plants to its customers. At the same time, the utility currently has a 2 percent annual rate increase proposal before the Colorado Public Utilities Commission (PUC), with a decision expected later this year.

“Given these bid prices, we should be having a robust conversation about bringing our rates down,” Glustrom says. But because of the politics at play at the PUC, she doesn’t expect that to happen.

Additionally, the prices could be affected by both the federal tax reform bill passed late last year and President’s Trump’s approval of tariffs on imported solar panels and cells on Jan. 22.

“The reason that so many people can afford to go solar is that prices have fallen and solar is becoming more and more affordable,” Cantwell says. “To slap tariffs on solar panels at this point would just make them more expensive, make fewer people able to go solar and lead to the loss of thousands of jobs.”

But it remains to be seen if Trump’s tax cuts will benefit renewable energy companies. If so, it could counteract the solar tariffs, and keep the bid prices more or less the same.

“They are going to offset each other in complex ways,” Glustrom says.

Companies are currently refreshing their prices, taking into account both the tax cuts and solar tariffs, and a new report is expected in March.

Regardless of how the renewable energy bids shift to accommodate these federal policies, it’s clear that wind and solar technology, combined with plummeting storage prices, are not only the cleanest forms of energy, but could soon become the most cost-effective as well.

“We’re going to see some shifts, [but] there will be thousands of megawatts of extremely low-cost wind, solar and storage, ready to go in Colorado,” Glustrom says. “That’s the bottom line.”

A public meeting will be held at the PUC, 1560 Broadway, Suite 250, Denver, on Thursday, Feb. 1 at 4 p.m. to discuss coal plant retirements, payment plans and replacement options.