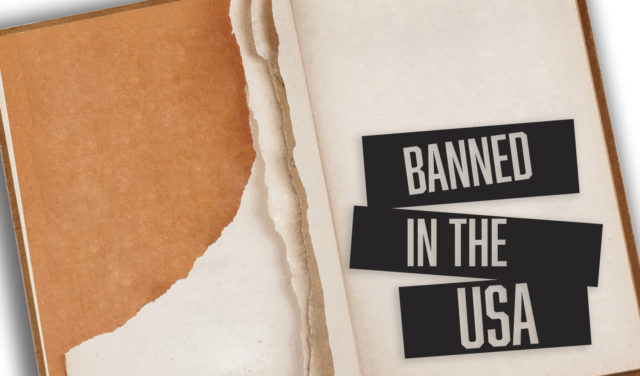 Most efforts to curtail access to books involve younger readers at schools and public libraries. There are recurrent themes to such challenges that result in the muting of voices from outside the so-called “mainstream” of American society. According to the ALA’s Office for Intellectual Freedom, the top 10 most challenged books in recent years are by or about marginalized peoples, including BIPOC and LGBTQ+ authors and characters; these books typically address complex, challenging issues such as sexuality, abuse, and violence; or they simply use profanity. Some of the books reference traumatic realities in people’s lives, others question the societal status quo on issues from police violence to heteronormativity or identity politics. Regardless, all are important works of literature, including many artistic and broadly appealing comics that have something to teach us, especially in educational settings. However, increasingly, parents and local community members around the country disagree.

In Spring 2022, PEN America published findings from its first-ever Index of School Book Bans, a comprehensive count of more than 1,500 instances of individual books banned by some 86 school districts in 26 states, between July 2021 and March 2022, impacting more than 2 million students. The ALA’s Office for Intellectual Freedom reported fielding 729 book challenges in 2021 alone, targeting nearly 1,600 titles at schools and universities. Both organizations clearly state that the number of reports received are only a fraction of the challenges and potential bans that occur, many of which result in books being removed from shelves, in breach of existing policies, without fanfare or public knowledge, and often under a cloud of fear among librarians, faculty and staff.

This rise in censorship comes at a time when the United States is in the throes of a larger moral panic epitomized by a corrosive “cancel culture” that spans the political spectrum from right to left. Although educators and concerned citizens have sounded the alarm, cancel culture has also galvanized students to fight back on the front lines, in classrooms and at school board meetings. Cameron Samuels did just that in their suburban Houston school district this past year as a high school senior, with great success. Starting as a lone voice decrying parental challenges to books at their school, Samuels gradually built a coalition of students, engaging the school board and broader community, and creating a “FReadom Week” initiative that distributed more than 700 banned titles. The campaign Samuels led kept many challenged books on the shelves at the school’s library, garnered national attention, and led to Samuels being recognized this year as BBW’s first-ever Youth Honorary Chair.

But challenges to books are not the only issue facing students and our schools. There has also been an increase in legislative efforts to curtail curriculum, controlling what can and cannot be taught, in at least 36 states. Another PEN America study, “America’s Censored Classrooms,” measured a 250% increase over the past year in what the study refers to as Educational Gag Orders, state legislative efforts to restrict “teaching about topics such as race, gender, American history, and LGBTQ+ identities in K-12 and higher education.” They include not only the infamous “Don’t Say Gay” law and Stop WOKE Act in Florida (which several other states are mimicking), but also legislative attacks on critical race theory (despite it seldom being taught in K-12 classrooms) and requirements to enforce the teaching of more “patriotic” (read: acritical) assessments of American history, whatever that may be. All of the bills were launched by Republicans in their respective states, with only one Democratic sponsor among them. While many in the GOP denounce cancel culture on the left, they seem to be perfectly fine controlling what can be read, discussed, and taught in the nation’s schools.

Moving forward, one thing is clear: although the country is divided on many topics and issues, canceling views or perspectives with which one disagrees is not the solution. Open dialogue, discourse and debate hold the answers to our current conundrum. Opposing censorship and supporting academic freedom must be bipartisan issues. It is one thing to prohibit one’s own child from reading a specific book, shortsighted and ineffectual as that prohibition may be; it is another thing altogether to extend that forbidding desire to the public at large, depriving others of hearing the many wondrous and diverse voices that comprise our society. Children should not be taught to fear ideas different than their own, and adults should not let ignorance guide their civic engagement.

For its 40th anniversary, the Banned Books Week Coalition’s theme is “Books Unite Us: Censorship Divides Us.” Indeed, as we survey today’s contentious political climate, we would all do well to pick up, read and share a banned book or two. Doing so, we might discover amazing things about each other — not to mention ourselves. We can learn how to “agree to disagree,” while honoring the higher ideals of an open society, free expression, and the right to read. Censorship anywhere is a threat to “FReadom” everywhere. Celebrate Banned Books Week Sept 18-24, but stay vigilant and keep reading and sharing banned books every week throughout the year.

Mickey Huff is director of Project Censored, president of the Media Freedom Foundation, and a professor of history and journalism. He is co-author of the critical thinking textbook Let’s Agree to Disagree, as well as the forthcoming The Media and Me, and is co-editor of Project Censored’s State of the Free Press 2022. Project Censored is a long-time member of the Banned Books Week Coalition.