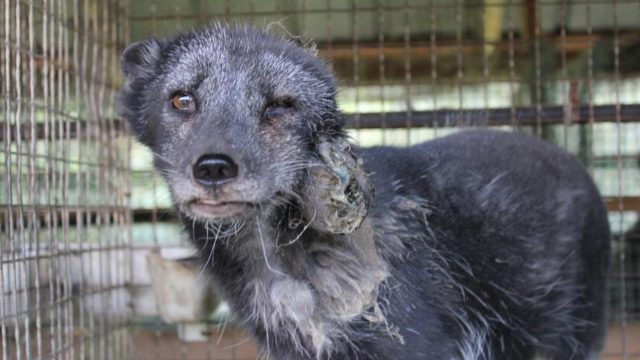 And I suspect you are too, but what can we do? Take a break? Give up?

I’ve been doing a lot of people watching lately, watching the way they take in the news of the day and how they react to it. More and more I’m reminded of an abused dog, head down, no eye contact, the posture that accompanies having surrendered to something powerful and abusive.

I get it. The news cycle cuts like a knife in the hand of an ignorant, hate-filled man hell-bent on revenge for something he believes we did, but yet, can’t articulate what it was. And worse yet, the powers that be, the people who could stop this man and his mob of like-minded abusers, are either too afraid to confront him or believe they can somehow profit from his actions down the road if they just let him be until after the next election or the next one or the one after that.

Journalists are being fired because they cost money. They are being fired for saying something negative about Trump. The Department of Homeland Security just announced it’s compiling a data base of journalists and media influencers. this at a time when journalist are already being killed because too many people now see them as the enemy because too many people can’t discern propaganda on social media and Fox News from facts and reality.

The oil industry is moving full speed ahead to invade our communities, using its unlimited money and political clout to circumvent the research, common sense and will of the people. It’s happening even though we understand that our health and safety is being sold to corporations simply because they fill campaign coffers and donate millions to groups that purport to be trying to protect us.

Sometimes it feels like all I can do is stand by and watch while the best among us — the activists and compassionate people who really do care about the world and the folks around them — get bulldozed at every turn. It just hurts worse when it’s done by the very “Big Green” environmental groups and country-club Dems who act like allies until the real fight comes and then they are nowhere to be found.

You know exactly the self-serving cowards I’m talking about, the organizations and politicians who pull in hundreds of millions of dollars a year yet can’t collectively scrape together $50K to change the history of our state and save actual lives by helping to support the 2,500 foot oil and gas setback signature collection effort.

And yet they have no trouble writing $600,000 checks to elect Jared Polis governor despite his personally investing in Wattenberg Field fracking, opposing the 2,500 foot setback measure and having destroyed the best chance to date to stop the industry when he refused to turn in more than a quarter of a million signatures of Colorado voters that would have allowed us to protect our children years ago. Such hypocrisy is tiring because it feels endless, stuck in a cycle that repeats itself every two years. We are the abused wife who forgives our black eye every 24 months because once the election has passed our tormenters bring us flowers, tell us how much they care and promise that it will be different next time.

It won’t be. You will have to leave them to survive.

And even as angry and frustrated as all this makes me, it pales against the current backdrop of racism, hate and fear in this country, a combination so heinous that we are treating the poor and weak among us as animals. We have dehumanized innocent migrants to such a degree that we are taking away their children, incarcerating entire families who came to us for help and in some instances forcing others back to certain death in their countries of origin for no better reason than scoring political points with the cruelty demographic.

When we are at our worst we give parents a real life Sophie’s choice: Leave your children here in cages until they enter the foster system while you return to a life of poverty and violence never to see them again… or take them with you into that life of hunger and violence where chances are they will die very young. Could you make that choice? Would you?

It’s hard to get out of bed in the morning knowing there are such horribly misguided people among us that they actually cheer on this racist president and his racist attorney general and his racist secretary of Homeland Security and his racist chief of staff and his racist personal police force known as ICE. Where did all these intentionally cruel people come from? How can there be so many of them? Why does doing harm to the most vulnerable among us seem to ease these racist’s own pain? We have never seen the destructive power of blame-shifting on this scale.

I only know that history will one day describe this point in time with the same adjectives reserved for Joe McCarthy, Japanese internment camps, My Lai, the violence of 1968, Nixon and worse. Knowingly forcing people to be exposed to increased cancer risk for corporate profits and taking children away from their moms and dads and sentencing people seeking asylum to death by forcing them back to their countries of origin because they are brown will not go unnoticed by future generations. And our children and grandchildren will rightfully ask what each of us did to stop it. What will I say? What will you say?

We should all be losing sleep right now searching for the answer to that future question, because, God help us, we are all responsible and accountable for what happens next.