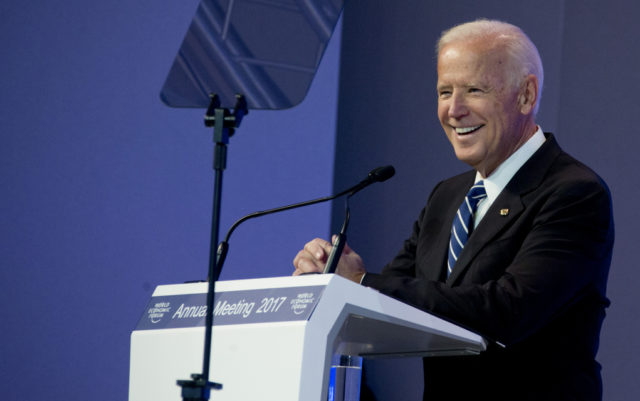 “Democrats don’t know how to talk… the Democratic Party as a constellation is a victim of its own high-mindedness, its own sense of moral purpose, its own very high level of educational attainment.” — Anand Giridharadas

Thomas Piketty, a French economist who is the author of Capital in the Twenty-First Century, recently argued that economic inequality isn’t a big issue in the U.S. and France because political conflict in both countries is dominated by a battle between two top-down coalitions:

“In the 1950s-’60s, the vote for left-wing (socialist) parties in France and the Democratic Party in the U.S. used to be associated with lower education and lower income voters. It (the left) has gradually become associated since 1970s-’80s with higher education voters, giving rise to a multiple-elite party system: high-education elites vote for the left, while high-income/high-wealth elites for the right, i.e., intellectual elite (Brahmin left) vs business elite (merchant right).”

The social upheavals of the 1960s played a role. Movements for civil rights, feminism, the student left, sexual freedom, decolonization and opposition to the Vietnam War shook things up.

Dean Baker, a cofounder of the progressive Center for Economic and Policy Research, argues that Piketty misses how markets have been deliberately restructured to redistribute income upward. Baker told New York Times columnist Thomas Edsall that there is “an ongoing battle in the Democratic Party as well as in most of the left parties across Europe. There are those who would like to accept inequality and focus exclusively on issues like gender equality and anti-racism. I would never minimize the importance of combating gender inequality or racism/nativism, but if that means ignoring the policies that have led to the enormous inequality we now see, that is not a serious progressive agenda.”

“The decline of union membership over the last 50 years has hollowed out the middle class and resulted in the loss of the ‘small-d’ democratic institutions which anchor civil society. ‘We need more organizations where people take minutes!’ a local labor leader in Minnesota insisted to me. ‘There’s a lack of opportunity for people to experience democracy — debate issues, argue about how to spend dues money, vote, take minutes — the tools of transparency and accountability. People need to experience power on issues. They need structures and systems. Unions are a place where people can get that, and can change their minds.’ This vacuum has been a breeding ground for the right wing.”

Nussbaum is the founding director of Working America, a national community affiliate of the AFL-CIO union confederation and is on its board. In articles in Social Europe and Dissent, she described her experiences. The 3.5 million members of Working America aren’t union members. Most — 75% — are white working-class and 25% are people of color. Ninety percent of their email subscribers don’t show up on the list of any other progressive organization.

Working America’s door-to-door organizers have had many millions of deep conversations. Most recently, she said they have “encountered racism, sexism and anti-immigrant bias that is more overt and pointed today than we have ever seen.” She stresses that “working-class voters have legitimate grievances with the Democratic Party, which has aligned with corporate interests on neoliberal policies.” Right-wing demagogic phony populists have exploited the situation. Working America organizers focus on down-to-earth economic issues and tell people something they didn’t know.

Nussbaum writes about visiting people, who had voted for Trump after having voted for Barack Obama previously, soon after the 2016 election. She notes:

“Gertrude, a retiree, is a good example. She was a strong Trump supporter and didn’t want to hear anything bad about him. But when we told her that one of Trump’s policies included eliminating public assistance to pay for home heating, something she depended on, she fell back in her chair. ‘That’s not what he promised,’ she said.”

“By some measures, around half of the population is either disengaged or has ideologically inconsistent views. Together, 54% of Americans either hold a roughly equal mix of conservative and liberal positions or say they don’t follow the news most of the time.”

There is so much disinformation and B.S. flying around that many people figure they can’t understand what is going on. That’s not an accident. Political scientist Rachel Bitecofer told Politico:

“We’re in this weird time right now where evidence doesn’t matter, where the right-wing media echo chamber ensures their audience never saw the impeachment evidence and many nonvoters have given up trying to follow it… Democrats are especially prone to this mistake that everybody knows everything and is following the news, and it’s a terrible strategic mistake.”

Biden and the Democrats have to promote solutions that make life better. Our fragile democracy survived for the moment but the Democrats are inheriting a horrible mess. The Republicans are going to try to stop the Democrats from doing anything so that they can win in 2022.