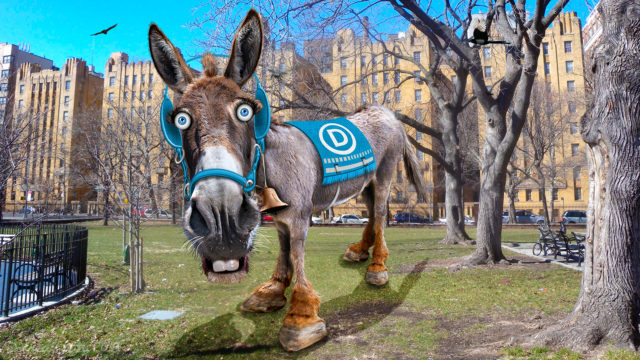 Democrats are divided over whether to support a presidential candidate who proposes big structural change for the working class majority or a candidate who is sane and promises a return to pre-Trump normal times with some incremental progressive changes that don’t frighten the corporate elite. We are all pundits, trying to evaluate which candidate can definitely beat Trump.

The campaign this year is likely to be wild and nasty. After he was acquitted in the impeachment trial, Trump has concluded that he can do pretty much anything he wants. He is retaliating against anyone who has challenged him.

Trump called Senator Mitt Romney a “pompous ass” for voting to convict him, and his son, Donald Jr., called Romney a “pussy.”

He told Greta Van Susteren, “We won’t credential him as a conservative.”

Then Schlapp added, “This year, I would actually be afraid for his physical safety, people are so mad at him.”

It’s somewhat hilarious that Romney is now a non-conservative because he doesn’t worship Trump. In his speech at the impeachment trial, Romney said he voted with Trump 80% of the time.

It is hard to be shocked by Trump and his thuggish fans anymore but isn’t it a bit disturbing that even Romney, the GOP’s 2012 presidential nominee, is not immune to gangster-style threats?

Senator Sherrod Brown (D-Ohio) penned a New York Times column saying that in private, Republicans admit they voted to acquit Trump out of fear. In the fall of 2002, Brown says there was a similar atmosphere of fear when members of the House and Senate voted on the authorization to go to war in Iraq. It was just a few weeks before the midterm elections.

This time, the Republican senators were scared that if they voted to convict, Trump would give them a humiliating nickname, relentlessly attack them on Twitter and quite possibly come to their state to campaign against them in the Republican primary.

It’s great that Romney stood up to Trump, but back in 2012 he sought and celebrated getting Trump’s endorsement as a presidential candidate after the buffoonish game show host had become a political figure with his promotion of the racist birther conspiracy theory about Obama.

Historically, the two major parties have been coalitions of constituencies that might be separate parties in a parliamentary system. Today, the Democrats remain a coalition with a wide variety of views but the Republicans resemble an authoritarian personality cult.

Journalist Ron Brownstein portrays the GOP as the “coalition of restoration,” fighting against a “coalition of transformation” led by Democrats.

The religious dimension of Trumpism is important. Robert Jones, head of the Public Religion Research Institute, has described Trump as the defender of a “white Christian America” which is in decline. He notes in a December 2019 article, “After more than two centuries of white Anglo-Saxon Protestant dominance, the United States has moved from being a majority-white Christian nation to one with no single racial and religious majority.”

This change is visible at the local level as church rolls shrink and white Christian institutions have less influence in society. Many young people are leaving the white Christian churches and joining the ranks of “the nones,” the growing number of Americans who claim no religious affiliation. This exodus is related to the culture war politics of the Christian Right. Many people under the age of 30 lean progressive and are highly supportive of  LGBTQ rights.

Jones says, white Christians aren’t primarily attracted to Trump because of his personality or character, but because they want to restore “white Christian demographic and political dominance.” He writes:

“The white Christian population’s anxieties about the future as they lose traction in the present have created a nostalgia for the past that has fueled support for Trump’s ‘Make America Great Again’ agenda, and not just among white evangelicals. Solid majorities of each white Christian subgroup voted for Trump in 2016 and, in the Public Religion Research Institute’s most recent American Values Survey, nearly 9 in 10 (88%) white evangelicals and approximately two-thirds of both white mainline Protestants (68%) and white Catholics (65%) oppose impeaching and removing him from office.”

Trumpism is an unstable explosive. Trump is a historically unpopular president but he can be reelected. He has a formidable propaganda machine pushing out lies, confusion and disinformation.

This incipient fascism can be defeated by a transformational vision of a better world. Hope can conquer fear.

Could the plague bring reform to Congress?

From the owners of Boulder Weekly