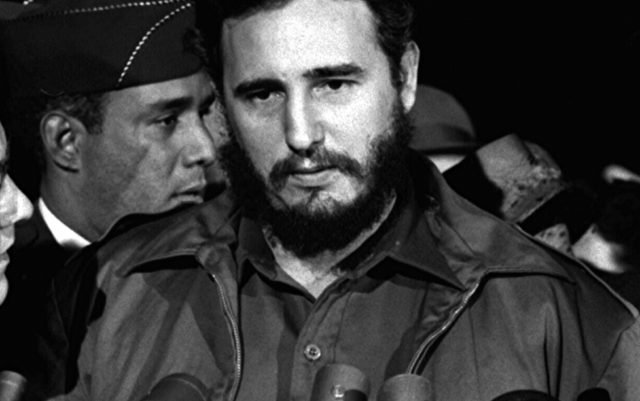 When Fidel Castro died, conservatives told us that he was a uniquely horrible dictator. These are the same people who have defended U.S. support for much more repressive right-wing regimes in the global South.

They are right that Cuba is a police state. Over the more than five decades of the Castro brothers’ rule, Amnesty International (AI) has documented hundreds of stories of “prisoners of conscience” in Cuba, people detained by the government merely for peacefully exercising their right to freedom of expression, association and assembly.

During this time, Human Rights Watch (HRW) reports that there’s been  “a pervasive climate of fear” and that “thousands of Cubans were incarcerated in abysmal prisons, thousands more were harassed and intimidated, and entire generations were denied basic political freedoms.”

The Cuban government doesn’t recognize the legitimacy of Cuban human rights organizations, alternative political parties, independent labor unions or a free press. It has also denied international monitors such as the International Committee of the Red Cross and international nongovernmental organizations like AI and HRW access to the island to investigate human-rights conditions.

Nevertheless, AI says that the situation of human rights in Cuba is “a tale of two worlds.” While the regime criminalizes dissent, Cubans have socio-economic human rights such as the right to education, the right to housing, and a right to health care. In Cuba, there is free education at all levels, free food allocations, free health care, heavily subsidized utilities and inexpensive housing.

Ordinary people have had an austere standard of living that has guaranteed their basic needs. The government was able to do this for decades because the Soviet bloc provided the country with massive aid and subsidized trade. That suddenly ended in the 1990s.

Cuba had a severe economic crisis when the Soviet bloc collapsed. The country was unable to obtain fuel, chemical fertilizers, pesticide and motor vehicles. Fidel Castro had a remarkable response. Political scientist Stephen Zunes of the University of San Francisco notes that Castro launched “an ambitious program in organic agriculture, environmental planning, renewable energy and other sustainable development practices.”

Peter Rosset of the Institute for Food and Development Policy said this was “the largest conversion from conventional agriculture to organic or semi-organic farming that the world has ever known.”

Cuba has the most sustainable model of development in the world, the environmental group the World Wildlife Fund (WWF) said in its bi-annual Living Planet Report 2016.

According to the report, if current levels of consumption continue, by 2050 the world’s population will need to consume the natural resources and energy produced by two planet Earths.

“Cuba, however, was found to have implemented a good — yet not perfect  — combination of human development and environmental footprint, with a high level of alphabetization and a high level of life expectancy, while using little energy and natural resources,” said Jonathan Loh, one of the authors of the study during the presentation of the report in Beijing.

Raj Patel, the author of Stiffed and Starved: The Hidden Battle for the World Food System is enthusiastic about what is going on in Cuba.

“If you want to see what tomorrow’s fossil-fuel-free, climate-change-resilient, high-tech farming looks like, there are few places on earth like the Republic of Cuba,” he said.

“Farmworkers especially report a dramatic improvement in health, due to their reduced exposure to pesticides and herbicides.

“The shortage of fuel also led to a switch to renewable energy sources. There are now nearly 10,000 operating windmills and a growth in solar energy. Biomass generators now supply nearly 15 percent of the country’s electricity. There are hundreds of small hydroelectric facilities, mostly in isolated mountainous regions. Virtually all of the country’s sugar mills are now powered by waste from the cane. Solar ovens and other appropriate technologies are now commonplace in rural areas.”

Nevertheless, Cuba has enormous challenges. Political scientist Sam Farber notes that while the economy has recovered from its precipitous fall after the collapse of the Soviet bloc, real wages and pensions are still significantly lower than they were in 1989. Social spending continues to decline and “many of the revolution’s gains that were made in education and health have been lost…Numerous hospital facilities, school buildings, libraries and laboratories are in a serious state of disrepair.”

Cuba’s future is uncertain. Raul Castro talks about adopting the Sino-Vietnamese model which combines a one-party dictatorship with an opening to the capitalist marketplace. President Obama started a process of normalization with Cuba but Donald Trump may reverse that.