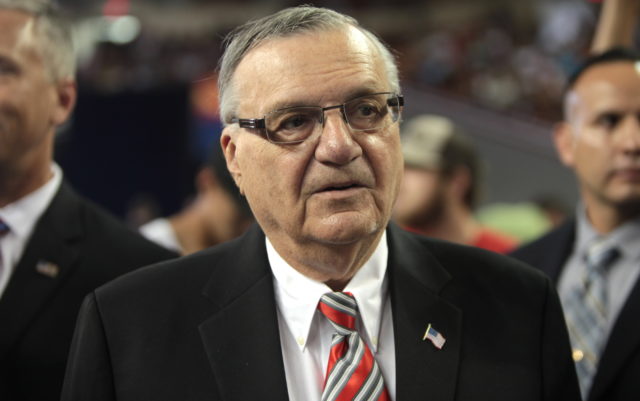 UnidosUS, the largest national Hispanic civil rights and advocacy organization in the United States, condemns — in the strongest possible terms — President Donald Trump’s pardon of former Maricopa County Sheriff Joe Arpaio, who was found guilty of criminal contempt by a U.S. District Court Judge in Arizona less than a month ago. UnidosUS joins its Arizona Affiliates to denounce the president’s decision.

It is hard to imagine anyone less worthy of a pardon or of mercy of any kind than Joe Arpaio. He repeatedly flouted the law by engaging in the highly publicized and self-serving harassment and abuse of millions of his constituents at the expense of actual law enforcement and public safety. He thumbed his nose at the Department of Justice, the court system and every other legal attempt to get him to cease and desist his unconstitutional racial profiling of citizens and noncitizens alike. He has yet to serve a day in jail or pay any other legal price for his crimes. And he has demonstrated not one ounce of remorse or repentance, or made any amends to the people he terrorized for more than a decade,” states UnidosUS President and CEO Janet Murguía.

“By pardoning someone who has done nothing to earn it, President Trump has further cemented his upending of both presidential norms and common decency. And it is obscene for the president to pardon someone who has been a gleeful and unrepentant bigot and a scourge of all communities of color in his state just days after he defended White supremacists, neo-Nazis and their despicable acts in Charlottesville. And that this is his very first use of this presidential privilege tells you all you need to know about which Americans matter to him and which don’t.

“Sheriff Joe Arpaio was the instigator of racial profiling and made official a policy of harassment and abuse based on the color of one’s skin in Maricopa County. SB1070 codified those policies in the state. President Trump gave the blessing of his administration to pursue those disgraceful and unlawful policies in every state and locality in the land. Every person of color in this nation has been put in harm’s way because of this action and that is unconscionable,” Murguía concludes.

“President Trump claims he supports ‘law-and-order,’ but now [has pardoned] a convicted criminal, ex-Sheriff Joe Arpaio,” says Promise Arizona Executive Director Petra Falcon. “This would be a shameful injustice and a slap in the face to all of the people, including so many immigrant families, that Arpaio victimized during his time in office. We the people are here to let the White House know this will not stand.”

“Valle del Sol stands firmly opposed to the pardoning of former Maricopa County Sheriff Joe Arpaio. It is a grave injustice to pardon a man who has created tension and divisiveness of the worst kind, pitting entire communities against one another in the name of ‘justice.’ We continue to stand with our Latino brothers and sisters and remain vigilant in our advocacy for all Arizonans,” states Kurt Sheppard, president and CEO of Valle Del Sol.

“This year, our justice system functioned as it was intended and convicted Sheriff Joe Arpaio of criminal contempt. For more than a decade, Sheriff Arpaio created a tenuous environment in Arizona for Latinos through aggressive profiling, which harmed citizens and non-citizens alike. President Trump’s willingness to downplay this abuse by pardoning Arpaio does not repair the damage he caused countless Arizonans nor erase the stain on Arizona’s reputation,” says President and CEO of Chicanos Por La Causa David Adame.