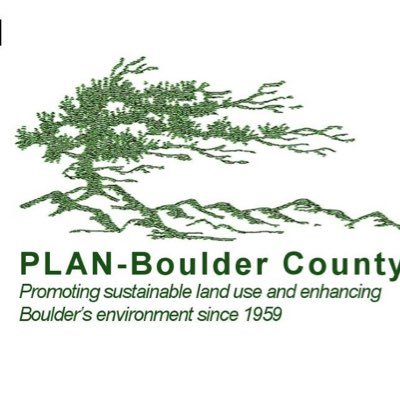 The Peoples League for Action Now (PLAN)-Boulder County supports City Council’s Aug. 22 decision to proceed with the CU South Campus flood mitigation scheme, referred to as Variant I plus upstream detention (according to the upstream detention concept proposed by Dr. Gordon McCurry).We applaud Council for making the criteria for decisions about what is best for Boulder with regard to flood mitigation and environmental protection, life-safety and technical considerations; not who owns the property.

Of all the flood mitigation approaches considered thus far, Variant I offers the best potential for complying with Boulder County Comprehensive Plan policies for public safety, protecting Open Space, critical habitat and other environmental resources, and City of Boulder Open Space Charter provisions. That is because Variant I’s fundamental premise is to maximize protection of public safety and the environment over other considerations.

As Council and CU consider the next steps with regard to the South Campus, now is a good time for the City and CU to engage in a conversation about CU’s long term growth plans and what they portend for Boulder’s future ability to manage housing, traffic and the multitude of City-provided facilities and services that will be necessary to support demands arising from CU’s growth. Will the CU South site be able to significantly accommodate future CU growth and the consequent demand for academic, program and living spaces, or will redevelopment of other sites within Boulder better serve both CU’s and Boulder’s needs? Knowing some of these answers sooner rather than later will enable both CU and Boulder to make more informed plans for the future.

As plans for the CU South property evolve, PLAN-Boulder looks forward to CU developing a detailed annexation plan that appropriately addresses impacts on public safety, the environment and the surrounding community.

Appropriate considerations should include the following:

• The City must not consider annexation until detailed plans of future development are submitted by CU as part of the annexation application so that all stakeholders have a clear understanding of what will be built and the consequent impacts on the surrounding community, such as traffic, are understood and addressed. Detailed annexation plans are the core of any annexation agreement. If specific and clearly articulated plans are not incorporated into an annexation agreement, the City will have no influence over the final development.

• Scientific and engineering analyses must receive independent third party review and the results of the analyses and review must be shared with the public every step of the way. In other words, the City must not consider annexation until the flood mitigation and environmental analyses are completed and vetted through the public process.

Making policy before you have validated the engineering and economic feasibility, as the initial flood mitigation proposals sought to do, is a recipe for disaster.

• Examination of groundwater and surface water flows to provide assurance that natural groundwater flows on-site are not interrupted so that designated Open Space, wetlands and other important ecological resources on both sides of Highway 36 are fully protected.

• The impact of a 500-year flood on ecological resources on the site.

• An unconstrained assessment of the maximum potential for ecological restoration on the site.

• Examination of the location and status of streams and ditches, topographical characteristics, geomorphology and other factors affecting the engineering design.

• Establishing that residents in the Hogan Pancost neighborhood are protected from flooding during 500-year flood events.

• Determining that new or increased flooding risks upstream (south of 36, in Tantra, and the mobile home parks) are not created during 500-year flood events as a result of the flood mitigation plan or future development.

• Open and transparent public participation during the next phase of flood mitigation development include ongoing and updated information on results of all project related analyses and plans.

Moving forward according to the considerations described above, will result in a solution that best serves the interests of Boulder citizens.