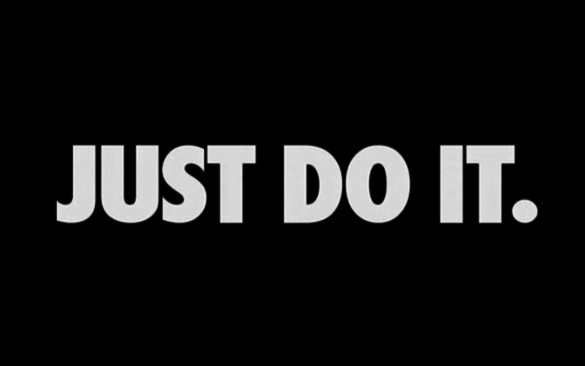 A university should be a critic and conscience of society, according to an old-fashioned view. There are lofty goals on campus plaques and universities should certainly provide a unique space for dissident views.

Nevertheless, if you scratch the surface, you realize that universities are increasingly knowledge factories subordinate to corporate America.

Progressive student activists challenge universities to live up to their ideals. United Students Against Sweatshops (USAS) is a nationwide, grassroots group organizing solidarity with workers who face grievous conditions locally and abroad.

They have focused their activism on the reckless business practices of university-branded sports apparel brands. As students attending colleges and universities with multimillion-dollar apparel programs, USAS has conducted campaigns to force apparel brands like Nike to respect workers rights. University of Colorado has a huge contract with Nike.

On April 5, the CU Boulder chapter of USAS hosted a talk by Noi Supalai, former union president and Nike factory worker from Thailand. She described her struggles while working for a sub-contracting company in Thailand called Eagle Speed, which produced clothing for brands such as Nike, Northface, Columbia and Puma.

Accompanied by a volunteer translator, Supalai explained that after the 2008 world economic meltdown, these brands began to order less clothing from Eagle Speed.

Supalai said that, “it was at that point that Nike took advantage of the situation and made a deal with the factory trying to order in higher quantity, and they pressured for greatest quality, and we had to produce it within a shorter time frame and in lower costs.”

Supalai said that Nike threatened to terminate Eagle Speed’s contract if they didn’t agree to the new conditions. The 2,000 Eagle Speed workers were unable to keep up with the high demand. As a result, Nike placed a fine on the factory and refused to pay for any of the clothing produced.

The workday was elongated from 8 a.m. to midnight or 1 a.m. Management placed devices on their bodies to track their working pace to ensure consistency. The workers didn’t get paid for two months and couldn’t even go home.

In desperation, the workers went on strike. When Supalai and 24 of her fellow co-workers attempted to meet with Eagle Speed management, they were directed to a room where they were immediately locked up.

She said Eagle Speed’s response when questioned about the detention was, “You are too radical, stirring up workers.”
The Eagle Speed workers contacted the Thai government’s Department of Labor Protection who refused to help them. The workers directly contacted Nike and got the run-around.

Finally, they reached out to the Workers Rights Consortium (WRC), an independent labor rights monitoring organization.
Within one week, the WRC was able to reach an arrangement with Eagle Speed that successfully allowed former workers to go back to work with a promise that they wouldn’t be discriminated against and that those who wished to resign would be granted full compensation.

The WRC attempts to combat sweatshops around the globe and protect the rights of workers who make apparel and other products. It was founded in 2000 by university administrators, labor rights experts and student activists. The group’s primary focus is the labor practices of factories that make university-related apparel.

The WRC conducts independent, in-depth investigations; issues public reports on factories producing for major brands; and aids workers at these factories in their efforts to end labor abuses and defend their workplace rights.

Nearly 200 schools are WRC affiliates. CU is one of them. For many years, WRC and Nike have had a reasonably cooperative relationship. However, the situation changed recently. Late last year, workers at a Nike supplier’s factory in Vietnam held a pair of strikes over working conditions. The WRC wanted to inspect the factory but Nike stopped them.

WRC director Scott Nova was “surprised and concerned” by this change. He said, “What it boils down to is Nike prefers not to be accountable to an independent investigative body. They want to police the working conditions themselves. The reason there are mandatory standards is it’s not prudent to allow companies to police themselves.”

Nike has a lengthy history dealing with labor watchdogs and student activists. In the 1990s, the company was embarrassed over a number of sweatshop scandals. Since then, Nike has polished its pubic image and has changed its behavior.

The USAS is leading a national campaign to force Nike to go back to allowing WRC to inspect factories producing Nike shoes, clothes and athletic equipment. The company is violating codes of conduct in contracts with many schools.

Recently, hundreds of college faculty members around the country signed onto a letter criticizing Nike for not assisting the WRC in investigating the situation at the Vietnamese factory.

The president of Rutgers University, Robert Barchi, said that if Nike didn’t help the WRC access the Vietnamese factory, the company would be taking “a step backward” on its labor rights record. “Rutgers feels that it is essential that all companies producing Rutgers-branded products not only adhere to all applicable labor codes of conduct but also be perceived as maintaining the highest standards of labor rights,” Barchi wrote.

Parker Haile, an undergraduate in economics and chemical engineering, says the CU Boulder chapter of USAS is asking the CU administration to be as assertive as Rutgers. The student activists need our help. Check out their Facebook page: http://tinyurl.com/hbywglr.