Like the United States Constitution, the Constitution of the State of Colorado contains a clause protecting the right to keep and bear arms.

It’s found in Article II, Section 13 and reads as follows: “Right to bear arms. The right of no person to keep and bear arms in defense of his home, person and property, or in aid of the civil power when thereto legally summoned, shall be called in question; but nothing herein contained shall be construed to justify the practice of carrying concealed weapons.”

This column is not about gun rights, however. It’s about robocalls and how to stop them. The last clause in Article II, Section 13 — but nothing herein contained shall be construed to justify the practice of carrying concealed weapons — suggests an approach.

An analogous clause should be added to the First Amendment of the U.S. Constitution, so that it would then read as follows: “Congress shall make no law respecting an establishment of religion, or prohibiting the free exercise thereof; or abridging the freedom of speech, or the press; or the right of the people peaceably to assemble, and to petition the Government for a redress of grievances; but nothing herein contained shall be construed to justify the practice of telephonic solicitation.”

In other words, amend the Constitution to give Congress the power to ban robocalls.

And while we’re at it, add a similar clause to the Eighth Amendment, so that it would read like this: “Excessive bail shall not be required, nor excessive fines imposed, nor cruel and unusual punishments inflicted; but nothing herein contained shall be construed to apply to the practice of telephonic solicitation.”

In other words, amend the Constitution to give courts and juries the power to sentence those who violate a ban on robocalling to be lowered inch by inch into a meat-grinder, or some more severe penalty.

OK, amending the Constitution is a drastic step, especially if it touches on the First Amendment, which protects the heart and soul of American liberty. But telephone solicitation generally — and robocalls in particular — has turned into a drastic problem, one that supports a multibillion-dollar criminal enterprise and, worse, is corrupting Americans’ ability to communicate with each other.

According to the annual 2018 Robocall Invesigation Report put out by Transaction Network Services (TNS), a financial data communications company, one-third of all calls to wireless and wireline phone subscribers “are now considered to be high risk (scam/fraudulent) or nuisance.”

Just guessing, but I bet a disproportionate amount of it is directed at my fellow geezers.

My wake-up call Tuesday morning was from a scammer claiming my Social Security account had been suspended. I’ve received this particular call several times in the past; ditto for another one telling me I’m being investigated by the IRS. I get two to four robocalls a day, most of them outright frauds, the rest fundraising calls that are (more or less) legitimate, or at least non-criminal. They constitute about 75 percent of all phone calls I receive.

Robocalls and telemarketing are more than an annoyance; the damage they are causing is arguably worse than the criminal enterprises they enable.

The telephone system is the largest, most complex, most used and most empowering communications system in human history. And the robocall/telemarketing industry is poisoning it.

First, thanks to robocalls, people are less likely to answer their phones and let all incoming calls go to voice mail, which they may not check for hours or even days. This effectively eliminates the immediacy of a phone call, which is one of its most valuable features. It also means people may miss important calls.

Second, when most of the calls you make get dumped into voice mail, chances are you call people less often and call with different expectations when you do; you call to leave a message, not to talk with someone.

The robocall onslaught has potentiated me to be uncivil and rude when the phone rings. It’s kind of a Pavlovian response. Anymore, when the phone rings and I don’t recognize the number, I pick it up poised to tell the caller to bugger off instead of with the expectation to have a cordial conversation or even a business-like one.

But could there be widespread support for amending the Constitution to exclude robocalling/telemarketing from its protections?

“If there is one thing in our country right now that unites Republicans and Democrats, liberals and conservatives, socialists and libertarians, vegetarians and carnivores, Ohio State and Michigan fans, it is that they are sick and tired of being bombarded by unwanted robocalls.”

And since nothing has seemed to stop them, maybe it’s time to try the nuclear option. 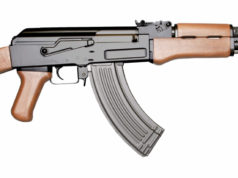 It’s just like the sanctuary city movement, only with live ammunition 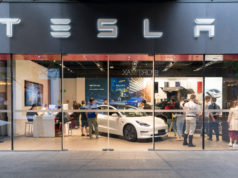