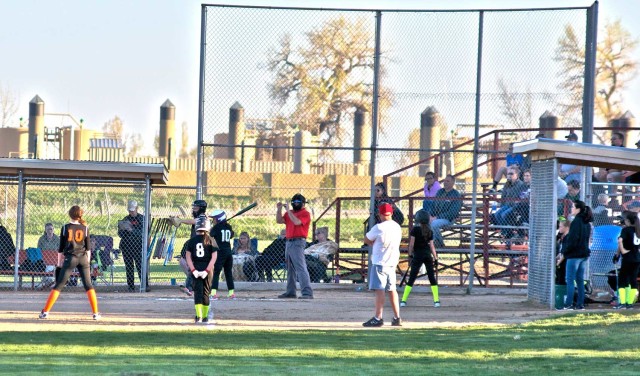 The latest bright idea to emerge from Boulder County’s intrepid anti-frackers is to get the City of Lafayette to legalize “non-violent” civil disobedience and “direct action protests” that target oil and gas drilling.

According to a story in last Monday’s Daily Camera, such acts would include sit-ins, strikes and workplace occupations or blockades and would “allow protesters unprecedented immunity from arrest or detainment.”

“Our position is anything that interferes with our right to a healthy climate and any attempt to forcefully compel drilling on Lafayette citizens would be open to acts of civil disobedience,” said Cliff Willmeng, who organized the anti-fracking group East Boulder County United.

“What other option is there for people when their state government is in the pocket of the oil and gas industry?”, said Willmeng’s mom, Lafayette City Councilwoman Merrily Mazza.

Well, that will certainly fix the oil and gas industry’s clock. The second drillers set up a rig in Lafayette it will the swarmed by little green guardians of  Lafayette’s earth, air, water and oatmeal, who’ll plant their butts all over the rig, and shut that baby down for days, weeks, months — whatever it takes — until the oil company comes, gets tired of losing thousands of dollars a day, lays off the dozens of locals working for it, and moves back to North Dakota; all with the full blessing of the Lafayette city government which wouldn’t lift a finger to stop them.

What could possibly go wrong?

Because back in North Dakota, oil and gas activists trying to block construction of the Dakota Access Pipeline are providing some enlightening examples of just what the term “non-violent,” means to today’s “direct action” eco-protesters.

During a Sept. 9 clash, four security officers and two guard dogs were hurt as several hundred protesters confronted construction workers at the site.

In October, demonstrators set fire to nine vehicles, destroyed construction equipment, and left debris and burned out vehicles strewn across a bridge on a state highway, which has remained closed ever since.

Former North Dakota Governor Jack Dalrymple (who left office a few weeks ago) received so many threats on social media from latter-day Gandhis that the state patrol started accompanying him everywhere he went. Morton County Sheriff Kyle Kirchmeier, who has dealt with the protests for months, regularly gets similar threats.

Last Monday, three protesters were arrested during a 200-person protest near a fenced Dakota Access Pipeline drill pad and charged with criminal trespassing, inciting a riot and resisting arrest. They were accused of cutting a security fence, removing fencing material and dismantling lights that were being used to illuminate a bridge.

But hey, our local anti-fracking activists would never dream of doing stuff like that. Heavens no! And hell no! The very thought that they would leaves me ashamed and feeling dirty.

OK, here’s something else that could go wrong.

Getting government to let you break the law is a game two can play at.

On Monday, the Minneapolis Star Tribune reported that a North Dakota state legislator, Rep. Keith Kempenich (R-Bowman) is sponsoring a bill that protects drivers who “inadvertently” hit someone obstructing traffic at an anti-pipeline demonstration.

“A driver of a motor vehicle who unintentionally causes injury or death to an individual obstructing vehicular traffic on a public road, street, or highway is not guilty of an offense,” the bill reads.

Kempenich says he got the idea for the bill after his mother-in-law’s car was swarmed in an effort to block the road.

“If you stay off the roadway, this would never be an issue,” Kempenich told the Star Tribune. “Those motorists are going about the lawful, legal exercise of their rights to drive down the road. Those people didn’t ask to be in this.

“This bill puts the onus on somebody who’s made a conscious decision to put themselves in harm’s way. You can protest all you want, but you can’t protest up on a roadway. It’s dangerous for everybody,” he said.

Needless to say, the protesters are horrified by the bill. It doesn’t take a lot of imagination to see a scenario in which a roughneck trying to get to work is swarmed by a bunch of “non-violent” protesters gently trying to overturn his truck and burn it, and who in a moment of panic “inadvertently” hits the gas instead of the break and “accidentally” mows down a few dozen of them.

“It’s shocking to see legislation that allows for people to literally be killed for exercising their right to protest in a public space,” said Tara Houska, an American Indian environmental activist who has been in the protest camp since August.

She’s got a point there, but it’s also shocking that Ms. Houska would claim a constitutional right to protest in the middle of a public highway by blocking it.

There is no such right. If you choose to protest that way, you do so with the expectation that you will be arrested and punished for your acts. That’s the heart and soul of what civil disobedience is about, and the thing that gives it it’s moral authority.

If you’re not willing to accept the consequences of being civilly — civilly — disobedient, all you are just is a garden-variety miscreant committing a crime and trying to get away with it.

Unlike Houska, Willmeng seems to recognize that there is no constitutional right to stage sit-ins, workplace occupations, and blockades that violate other people’s rights. That’s why he wants the City of Lafayette to give him a pass in advance.