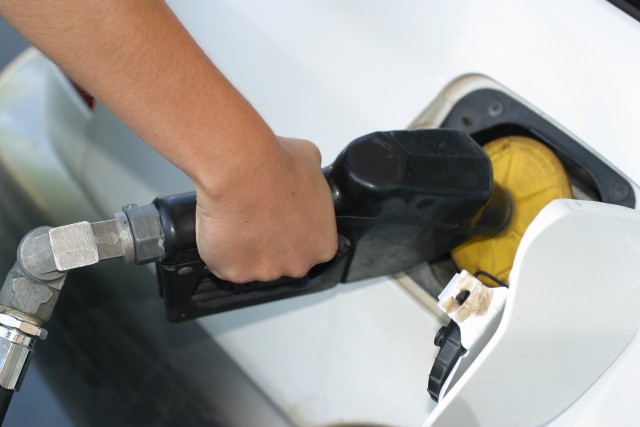 Coal is a hydrocarbon that, to the profound annoyance of a lot of people, sustains civilization as we know it. It’s mainly used to generate electricity, and nearly half the electricity used in the U.S. comes from coal-fired power plants. Another 20 percent comes from natural gas-fired ones.

Coal and natural gas can sustain civilization in a second  way as well — by providing a way to defeat the global jihad.

Coal and natural gas can also be turned into gasoline. This last quality could make them world-beaters in the Global War on Terror.

The way to win the Global War on Terror is not by bombing al Qaida, the Taliban and their ilk back into the Stone Age, although in their case it isn’t all that far. It is by defunding their state sponsors, all of whom get their money from oil.

Break the price of oil, and global Islamic fundamentalism will fade like a cheshire cat, much as global communism did after the Soviet Union went broke. The sheikhs who rent out their extended families as jihadi militias, the madrassas that churn out an endless stream of human bomb wannabes, the Islamic charities that function like a Salvation Army with live ammunition, will quietly fold their tents and steal away.

The way the United States can drive down the price of oil and keep it down is by ensuring that there is always a surplus of crude on the world market, no matter what OPEC does and no matter what happens to global demand.

And the way it can do that is by creating the industrial capacity to produce all the gasoline it uses and more from domestic sources.

Fortunately, this isn’t all that hard to do. All we have to do is build a fleet of industrial-scale plants capable of producing gasoline from coal or natural gas, which are sufficient for a century even with greatly increased use. The core technologies for doing this were developed in the 1920s and the 1960s and have been successfully used in commercial-scale plants in South Africa, New Zealand, Malaysia and Qatar. Compared to conventional oil drilling and refining, they have always been too expensive for widespread adoption. Until now.

The U.S. currently uses about 3.3 billion barrels of gasoline a year, or 9 million barrels a day. Producing all of it from coal would require about 40 plants each with a 250,000-barrel-a-day output.

Shell Oil is currently starting up a 250,000-barrel-a-day plant in Qatar that turns natural gas into fuels and other refined petroleum products. The same technology can be used to make gasoline from coal.

The Qatar plant will cost Shell a staggering $19 billion to build, more than four times the amount the company initially estimated it would cost. But according to the trade publication Petroleum Economist, at the present price of oil the Qatar plant will pay for itself in “just over two years,” or in not much more than four years if the price of oil were to collapse to $50 a barrel. Judging from the experience of another gas-to-fuels plant operating in Qatar (one owned by the South African company Sasol that uses older technology), once the plant is paid for the cost of producing a barrel of fuel will be around $25.

A few weeks ago I suggested it would make sense for national security reasons for the federal government to pay for the construction of a fleet of synthetic fuel plants.

But given the rates of return this technology is capable of delivering, it shouldn’t be difficult for the government to incentivize its introduction with tax credits and loan guarantees, instead of paying for plants directly.

Of course that would require giving subsidies to energy companies instead of cutting them, as the Obama administration and Congress are currently doing.

And it would require the Obama administration to find ways of enabling domestic oil, gas and coal production instead of finding ways to stop it — which it has consistently done since it took office.

Eliminating oil company tax breaks is a great way for Congressmen to showboat, but as a national energy policy it’s like saying, “The beatings will continue until morale improves.” Don’t count on it bringing down the price of gasoline.

The United States is currently fighting in Afghanistan and Iraq (and in several secret wars) because latter-day jihadists have been kept afloat by a river of petro-dollars. The only way of drying up that river is to drive down the price of oil and keep it down by ensuring there is always a surplus of oil on the world market (which is what we actually mean when we talk about “energy independence.”) And the way to do that is to make our own.