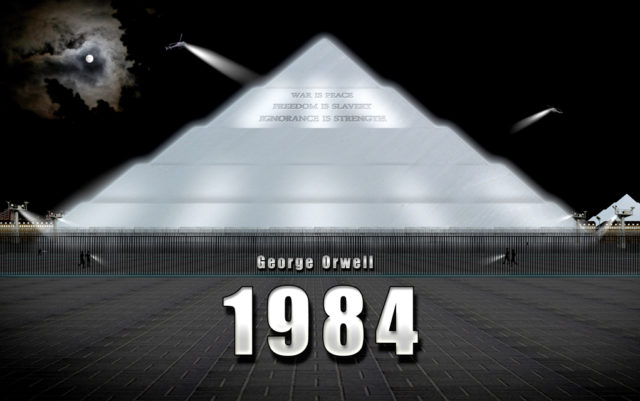 The Cambridge Analytica/Facebook mess reminded me of a piece written eight years ago by Declan McCullagh, a journo who at the time was writing an online column called “Taking Liberties” for CBS News.

In March 2010 McCullagh cranked out 2,300 words in an attempt to explain “Why no one cares about privacy anymore.”

He did make a compelling case for the proposition that there were tens of millions of people who could care less about their personal privacy, and that they flocked to websites that are not only cavalier about privacy — sites like Twitter and Facebook — but make a virtue about being cavalier about it.

But he didn’t tell us why this is so.

He told us why he thought the passing of privacy is not necessarily a bad thing, quoting a federal judge named Richard Posner who said:

“As a social good, I think privacy is greatly over-rated because privacy basically means concealment. People conceal things in order to fool other people about them. They want to appear healthier than they are, smarter, more honest and so forth.”

It’s a sentiment Joseph Stalin could have readily shared on his Facebook page, if he had had one.

McCullagh then added, “The truth about privacy is counterintuitive: less of it can lead to a more virtuous society.”

It’s a line that could have come straight out of 1984.

And chances are there that today there are millions of folks out there who’ll give him a big “like” on that.

But the fact that they would still doesn’t tell us why this is so.

McCullagh also quoted Zuckerberg as saying, “People have really gotten comfort-able not only sharing more information and different kinds, but more openly and with more people — and that social norm is just something that has evolved over time.”

That’s self-evidently true eight years on — but again that doesn’t tell us why they have really gotten comfortable with (as we used to say during Watergate) “letting it all hang out” online.

But it really isn’t all that hard a question to answer.

The reason no one cares about privacy any more can be stated in three words: They feel safe.

Judge Posner is right, privacy means concealment. But concealment is not automatically a social evil, as he seems to think.

And the absence of privacy certainly isn’t automatically a social virtue, as McCullagh seems to think.

Like the right to be armed, privacy is a right of self-protection. You conceal your property in order to protect it. You don’t make your credit card and bank account numbers public to protect yourself against theft.

You will value the right to do those things if you feel threatened. But if you’ve never felt threatened, you may not give a rip if a few hundred million people and more than 200 governments know exactly where you are 24 hours a day.

There are a lot of situations in which concealment is necessary to preserve a person’s fundamental rights.

Take voting for example. Americans vote in secret. A lot of people think the secret ballot is a right guaranteed by the Constitution. It isn’t. The Constitution says nothing about voting in private. What’s more, in the early days of the republic Americans voted in public — and took considerable pride in the fact that they did.

The secret ballot started entering American life around 1850, because people were being intimidated and killed for their views on slavery and secession. And it became ascendant with the growth of the labor movement, because workers were being fired or attacked for voting for pro-labor politicians.

Today, there are tens of millions of people who will happily share how they voted with you. They do so because they feel safe.

Or have up until now. Maybe now, thanks to Putin and companies like Facebook and Cambridge Analytica, they are getting some sense of how personal information and opinions shared online can be used to compromise both personal safety and the political and social stability of the country.

Maybe they’re getting some sense of the extent to which the business models of Facebook, Twitter, Google, et al. are based on acquiring as much information about you as they can and exploiting it for profit.

In light of the Cambridge Analytica/Facebook affair, a lot of people seem to be having misgivings about Facebook’s willingness and ability to protect the informa-tion they give it, and are ditching it. So maybe this is a teachable moment.

It better be, if you value your liberty. And safety.