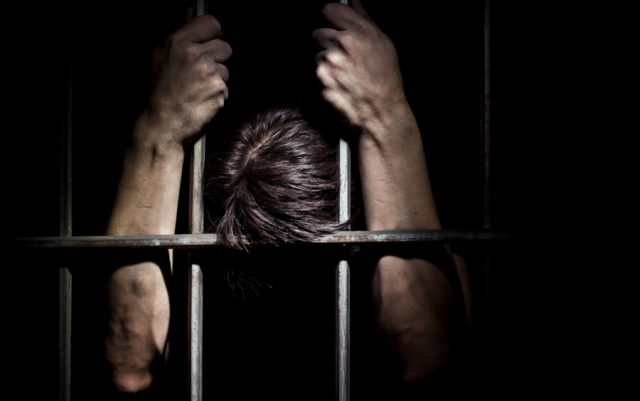 Earlier this month a couple of anti-pot activists filed a proposed initiative to amend the Colorado Constitution to repeal the constitutional Amendment that legalized recreational marijuana in 2012.

Fortunately, the pair seems pretty clueless and their proposal may have a hard time getting to first base, in its present form at least. Still, it is important to take this sort of thing seriously.

The people of Colorado declare that the recreational use of marijuana is a matter of statewide concern.

Article XVIII, Section 16 of the Colorado Constitution (Personal Use and Regulation of Marijuana) is repealed.

Laws regarding medical marijuana and industrial hemp are not changed.

This amendment is effective upon the official declaration of the vote hereon by the Governor pursuant to Section 1(4) of Article V of the Colorado Constitution.

Before petitions for a proposed initiative can be circulated, the backers have to submit it for review and approval by the Legislative Council. The latter body has already raised a number of issues that the anti-pot proposal’s backers need to address, several involving failure to specify the changes in state law that would be required if the measure passes.

For instance, the proposal doesn’t change state statutes regarding industrial hemp even though it would strike the constitutional provisions that allow it. A similar issue involves state statutes governing retail dispensaries. The proposal would leave the laws intact.

“Do the proponents believe that a person would still be able to purchase marijuana at a licensed entity and use small amounts of marijuana,” the reviewers asked.

The proposal’s supporters have until March 20 to submit a revised proposal.

If the measure is approved for circulation, the proponents will have to collect 124,362 valid signatures from registered voters. That will require an army of volunteers or several hundred thousand dollars to hire paid petition circulators. Moreover, a minimum number of the signatures have to be collected in each of Colorado’s 33 State Senate districts. At least 2% of the registered voters in each district have to sign the petition before it can get on the ballot. The latter provision was added to the state constitution in 2018 in order to make it harder to amend the constitution by initiative.

Initiatives adding new amendments to the state constitution have to pass by a 55% majority. However initiatives to repeal existing amendments require only a 50% majority to pass. Since the marijuana recriminalization amendment seeks to repeal the 2012 amendment that legalized marijuana in Colorado, it probably needs only simple majority support.

Getting the amendment onto the ballot would be a huge job, but it might not be the mission impossible proposition that it first appears to be. Although the measure is sponsored by two private citizens, Mary Lou Mosely of Denver and Willard Behm of Rocky Ford, Colorado Christian University and the Centennial Institute have been organizing anti-marijuana activity for several years. It’s unknown if either of these organizations is currently involved with the re-crim initiative, but if they choose to get involved they could provide money and volunteers.

However, the biggest problem the initiative would face is that there isn’t much evidence Colorado citizens are interested in re-criminalizing marijuana.

Matthew Schweich, the deputy director of the Marijuana Policy Project, the group that drafted Colorado’s legalization initiative (Amendment 64) and led the fight to pass it in 2012, told a reporter for the Marijuana Moment website that it viewed the repeal initiative as “a deeply misguided and futile attempt to roll back a successful legalization policy that Coloradans firmly support.”

“We are confident that Colorado voters would firmly reject it,” he added. “But we will not be complacent. If this initiative qualifies for the ballot, the marijuana reform movement will make sure that there is a strong and well-funded campaign to defeat it.”

Colorado was the first state to legalize marijuana. Amendment 64 passed with 55% support. A 2016 poll taken for the Marijuana Policy Project, the most recent survey on the question, found that the number of Coloradans opposed to legal marijuana had declined to 36%.