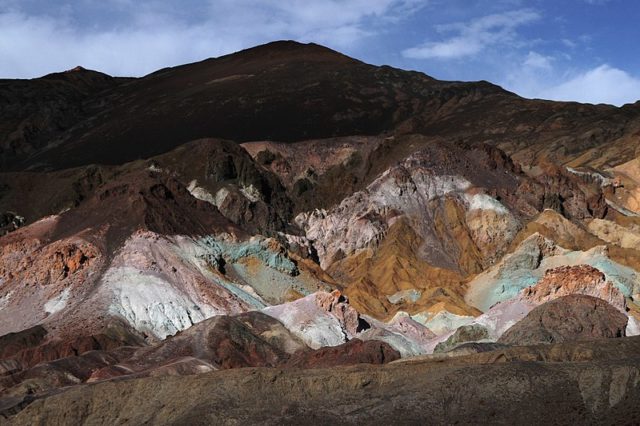 We all know that we have only a mere 11 years to save the planet from the global warming apocalypse. We know this because everyone from Boulder Weekly to Alexandria Ocasio-Cortez has told us so.

We also know that the only way to prevent said apocalypse from happening is to eliminate the use of fossil fuels (coal, petroleum and natural gas primarily) by replacing them with electric energy from renewable sources (wind and solar primarily).

We also know that the principal technological bottle-neck clogging the transition to an all-electric powered civilization is the absence of batteries with the performance to power the transition.

(Battery performance is measured by metrics like how much electricity can they hold [energy density], how fast can they deliver the energy stored in them [power density], how many times they can be charged and discharged, how fast they can be recharged, and how much it costs to make them.)

We know that without producing enough batteries to hold enough energy to power more than 200 million electric cars and trucks, the U.S. won’t be able to quit using gasoline and diesel (more than four billion barrels of it a year) for ground transportation. Without high-performance batteries, wind and solar power will be unable to provide more than a third (if that) of the country’s electricity due to wind and solar energy’s erratic nature.

We also know that the only currently available batteries up to the task are lithium-ion batteries. There are theoretically better non-lithium batteries under development, but we know that we have only 11 years to save the planet, and that it will take a national effort equal to what it took to win World War II to get off of fossil fuels by 2030. Thus the putative Green New Deal.

We also know that global lithium production capacity will have to be increased by two or three orders of magnitude to implement a U.S. transition to an all-electric economy by 2030, never mind the needs of the rest of the world. And we also know that most of the world’s current lithium production capacity is outside of the U.S., which means that the country is dependent on foreign suppliers for a strategic material needed to meet an existential threat.

In light of all this, what are we supposed to make of a story that appeared in last Tuesday’s Los Angeles Times headlined, “A war is brewing over lithium mining at the edge of Death Valley”?

It seems that an Australian company named Battery Mineral Resources, Ltd. has asked the federal government for permission to drill four exploratory wells targeting lithium deposits in the Panamint Valley, which is on the edge of Death Valley National Park in California.

According to LA Times reporter Louis Sahagun, “The drilling request has generated strong opposition from the Center for Biological Diversity, the Sierra Club and the Defenders of Wildlife, who say ‘lithium extraction would bring industrial sprawl, large and unsightly drying ponds, and threaten a fragile ecosystem that supports Nelson’s bighorn sheep, desert tortoises, and the Panamint alligator lizard, among other species.’”

So now we know that American environmental organizations don’t take their own narrative about global warming very seriously. If they really thought climate change was the existential threat they claim it is, they would be doing everything humanly possible to expedite lithium mining and lithium battery production, even if the mining is going to trash the environment around the mine. And they certainly wouldn’t do anything to interfere with it. If you want to wage war on fossil fuels in order to save the planet, you ought to be adult enough to realize there is going to be some collateral damage and that you are going to have to live with it. C’est la guerre.

We also know that American environmentalists are incapable of setting meaningful priorities. Most sane people would tell you that saving the planet is more important than saving the desert tortoise, or even saving the desert. Today’s enviros seem to be having trouble with the concept.

And we know intuitively that if there is one place in the United States that had to be declared a national sacrifice area in the interest of saving the planet by 2030, it would be the desert region the environmental groups are currently exercised about. It’s called Death Valley for a reason.