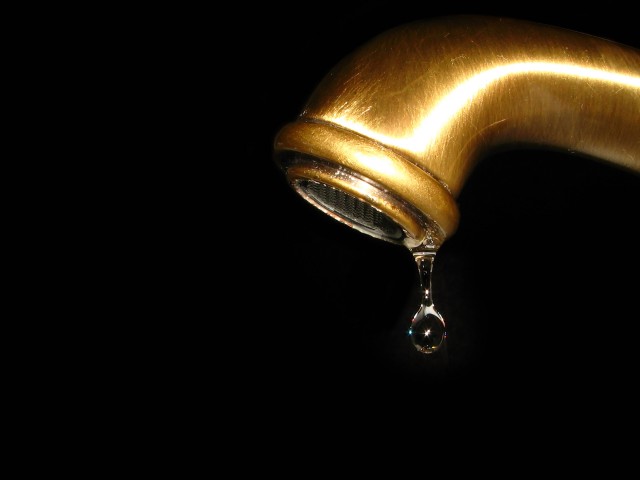 Cities provide a lot of services, but only four of them are truly vital: Water, sewer, police and fire. (Add gas and electricity to the list in towns with municipal utilities.)

Of the big four, water is hands down the most vital. If deprived of water, human beings will be on the fast track to the river Styx within three days, which alone is sufficient to make water the most vital urban service. Moreover, without water, a city’s sewage service will collapse and its ability to fight fires will be degraded to close to zero. When it comes to vital urban services, water is first among equals.

That being the case, one would suppose that just about the last thing a city would like to see located in a foreign country is its water supply, especially if the government of that country was showing signs of losing control of parts of it to armed gangs and private militias.

But four water utilities that supply San Diego, Phoenix, Las Vegas and southern California are seriously thinking about building a major water desalination plant in Mexico instead of the United States.

The utilities commissioned a study of the feasibility of building a 50-million-gallon-a-day (300 acre feet) desalination plant, which could supply enough water for 100,000 people, in Mexico at Rosarito, south of San Diego. The study found no show-stoppers, and the utilities have commissioned a second study, which will include costs. Negotiations with the Mexican government are also under way. What’s more, a private company is considering building a 100-million-gallon-a-day plant in the same area and selling its output to the gringos.

Why would American utilities even consider such a course, let alone pursue it? Why, indeed.

About 10 years ago a company called Poseidon Resources set out to build a 50-million-gallon-a-day desalination plant at Carlsbad, Calif., near San Diego. A decade of studies, hearings and litigation ensued before the company finally won approval from the California state regulators. There may well be further challenges.

The project’s main nemesis has been an organization named the Surfrider Foundation, an environmental group founded by Malibu surfers in 1984 that focuses on protecting beaches and marine water quality. Today it has 50,000 members and 80 chapters worldwide. In addition to the Carlsbad project, it opposes proposed desalination plants in Huntington Beach and Monterey.

The Surfrider Foundation’s main objection to the projects is that their intake pipes can suck in fish eggs and that they discharge concentrated salt brines that can also damage marine life into the ocean. The foundation also objects to the high-energy demands of desalination processes, presumably because the energy would come from burning fossil fuels.

All three objections seem pretty weak. The brine and fish egg problems do not seem beyond the ability of civil and process engineering to fashion solutions. As for the energy issue — use wind, solar or nuclear. Of course, that might require the California greens who are fighting wind and solar power plants in the Mojave Desert and the power lines to connect them to the grid to lighten up.

Shortly after he became energy secretary, Nobel laureate Steven Chu gave an interview in which he pointed to climate models that predicted global warming could result in the Sierra Nevada mountains, the source of most of California’s water, losing 90 percent of their snowpack by the end of the century. If Chu is right, the state of California would be looking at an annual water shortfall amounting to 35 million or 40 million acre feet at a minimum.

Viewed from this perspective, the Surfrider Foundation is being irresponsible, or perhaps more charitably, self-absorbed beyond words.

Which raises a couple of questions: 1) Are environmental organizations like the Surfrider Foundation capable of distinguishing between what is important and what isn’t? Hint: Ensuring an adequate water supply for 38 million people in the face of impending climate change is more important than the welfare of a few square miles of fish eggs, just as the commercialization of solar and wind energy is more important than a few square miles of desert tortoise habitat.

2) If the country has so hamstrung itself with regulatory process and tolerance for greens gaming the system that public agencies responsible for the water supply think that contending with the Zetas in Mexico is a more attractive option than contending with the Surfrider Foundation in California, are we facing an environmental crisis of existential proportions — or a governance crisis of existential proportions?