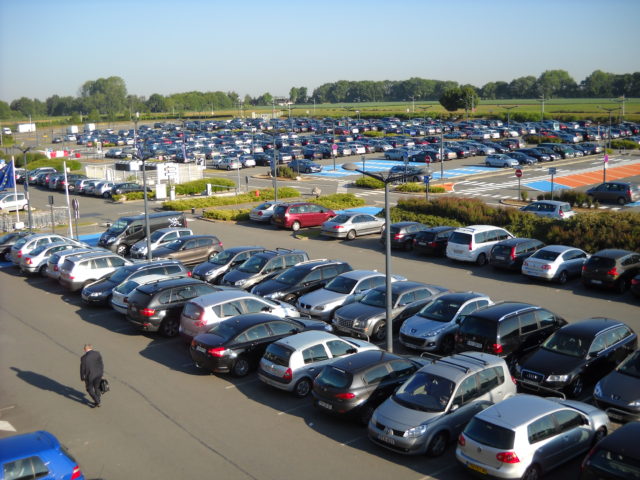 When I first saw the headline on strategy maven Edward Luttwak’s piece in the Times Literary Supplement — “Why The Trump Dynasty Will Last 16 Years” — I thought the guy had finally taken complete leave of his senses.

Then I read the whole thing.

The prediction of a Trump dynasty — Luttwak thinks not only will Trump be re-elected in 2020 but will be succeeded by Ivanka in 2024 — may be way over the top, but his take on why the 2016 election played out the way it did contains some of the more insightful analysis of the campaign to date.

Including this remarkable observation: The key to understanding why Trump won may be that half the families in the U.S. can no longer afford to buy a new car.

“None of the countless campaign reporters and commentators is on record as having noticed the car ‘affordability’ statistics distributed in June 2016 via www.thecarconnection.com,” Luttwak wrote.

“Had journalists studied the numbers and pondered even briefly their implications, they could have determined a priori that only two candidates could win the Presidential election — Sanders and Trump — because none of the others even recognized that there was a problem if median American households had been impoverished to the point that they could no longer afford a new car.

“This itself was remarkable,” Luttwak said, “because four wheels and an engine might as well be grafted to Homo americanus, who rarely lives within walking distance of his or her job, or even a proper food shop, who rarely has access to useful public transport, and for whom a recalcitrant ignition or anything else that prevents driving often means the loss of a day’s earnings, as well as possibly crippling repair costs.

“But even that greatly understates the role of automobiles in the lives of the many Americans … for whom a car provides not only truly essential transport, but also the intensely reassuring sense of freedom depicted in countless writings and films, which reflect the hard realities of labour-mobility imperatives even more than the romance of the open road,” he said.

Luttwak also said that Jonathan Allen and Amie Parnes’ book Shattered: Inside Hillary Clinton’s Doomed Campaign convinced him that Clinton “did not understand in what country she was running for election…” It’s not one populated by various racial, ethnic, and sexual factions, “but chiefly a country of car owners and bitterly frustrated would-be new car owners, a far better categorization than Clinton’s own ‘deplorables.’”

Whether or not you can afford a new car is determined by the “20/4/10” rule, which says you should be able to make a down payment of 20 percent, take out a loan for no longer than four years, and devote no more than 10 percent of your annual income to car payments, interest and insurance.

There are dramatic differences in median household income among American cities. The median income in San Jose, California, is $87,210. In Cleveland, it’s $24,701.

“What made these seemingly obscure numbers nothing less than momentous,” Luttwak said, “was that the cheapest new car for sale in the United States in 2016 was the Nissan Versa sedan at $12,825, twice the level that [median income] households could afford in Detroit or Cleveland….”

(California voted for Clinton. Ohio and Michigan voted for Trump.)

The “mass exclusion of Americans from new car ownership” was due to two factors, according to Luttwak: Wage stagnation, in no small part due to the “de-industrialization” of the country, and the escalating price of cars due to safety, pollution, and fuel economy regulations that drive up manufacturing costs.

America is an auto-centric civilization. The country’s cities and neighborhoods are designed around the automobile. It has sunk trillions of dollars into automotive-related infrastructure. But because of wage stagnation and regulation-driven price escalation, about half the population is being reduced to second class citizens in that civilization.

And then along comes Trump. All of his issues touched on the loss and, more important, were solutions to the predicament. Bring back jobs that were sent overseas. Replace rigged trade deals with great trade deals. Rebuild the country’s infrastructure (especially roads and bridges). Drill here, drill now, and build the pipelines to move the oil and gas, and build them with American steel. Slash regulations that are killing jobs and strangling the economy and driving up the price of everything. Cut everyone’s taxes (which is like giving everyone a raise). And so on.

Luttwak’s genuinely original insight is that it all centered around the car and automotive civilization.

I can’t recall a time when America’s automobile culture has ever been a  wedge issue in a federal election, even indirectly.

Going forward, there probably won’t be a cycle in which it isn’t an issue for a long time to come.