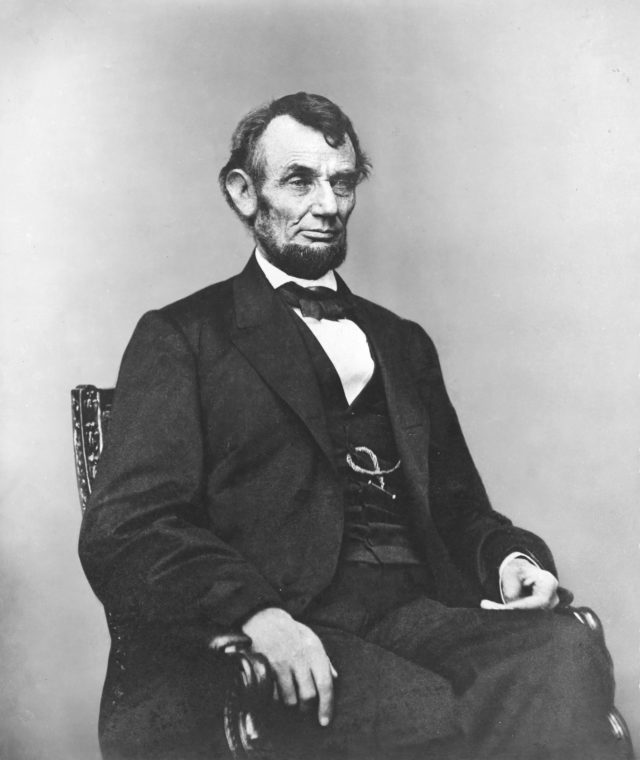 Donald Trump may go down in history as the next Abraham Lincoln.

No, really. And all because of California. California is seriously thinking about doing the one thing that could force President Trump not just to act Presidential but to govern in a manner that would be positively Lincolnesque.

Last week, backers of a California secessionist movement calling itself Yes California Independence (aka Calexit) got the green light from the California Secretary of State to begin circulating an initiative petition. If passed, the initiative would be the first step in a two-step process that would end with California declaring its independence from the United States.

The initiative would repeal the clause of the California state constitution that declares “California is an inseparable part of the United States of America, and that the United States Constitution is the supreme law of the land” (step one). It would also authorize a second statewide vote on actual secession in March 2019 (step two). Passage would require at least half the state’s registered voters casting ballots and at least 55 percent of them voting in favor of independence.

Supporters need to collect 585,407 signatures by July 25 to get their proposal on the November 2018 ballot.

So are these guys serious? And do they actually have a chance of getting their proposal on the ballot?

They are and they do.

“We think it’s going to be quite easy for us to make the sell,” Louis Marinelli, president of Yes California Independence, told a reporter for CNBC.

“California is a different place and has its own culture, its own history, its own identity, its own worldview, and its own ideology in a large respect,” he said. “So we would feel better off if we can set our own destiny, set our own path forward and not be connected to a lot of these obsolete policies of the American system.”

That sounds a lot like what folks in South Carolina were saying in the 1850s.

But is there actually any serious support for secession in the state?

There is, and it’s growing. Fast.

According to a Reuters/Ipsos poll, 32 percent of Californians support seceding from the United States — up from 20 percent in 2014.

The poll was conducted before Trump took office and started issuing executive orders. Chances are that by now Trump Derangement Syndrome has reached pandemic proportions in California. What better way for hyper-ventilating progressives to make a “statement” than by signing the Calexit petition?

And if the petition comes in with a couple million signatures instead of the 585,407 minimum, the movement will take on a life of its own.

And if the initiative passes, the secession movement will go to the polls in 2019 with a population that, at a minimum, is ideologically potentiated to embrace secession.

And if it passes, what happens then?

The supporters of secession movement say they will ask the U.S. government and the American people to sign off on their exit.

Their website says, “We advocate for peaceful secession from the United States by use of an independence referendum to establish a mandate, followed by a nationwide campaign to advocate in support of a constitutional exit from the Union.”

So what could possibly go wrong?

Uh, Donald Trump isn’t exactly the sort of guy who’s inclined to stand by and let the Union disintegrate on his watch.

So he might start by asking “What would Abraham Lincoln do?”

And the ghost of Abe Lincoln would materialize in the Oval Office and say, in so many words, “Preserve the freaking Union by any and all means necessary! If you let the La La Landians leave, more will follow and the whole country will fall apart. You volunteered for this job, buster. Now stand and deliver.”

At which point President Donald, with a song in his heart — “The Battle Hymn of the Republic” — will head over to the Pentagon for a chat with Secretary Mad Dog, which may go something like this:

“We’ve got an insurgency on our hands, M.D., can we do anything about it?”

“We have an app for that Mr. President.”

“Great! On to Richmond! I mean Sacramento! What else can we do?”

“Well, blockading all the ports and strangling their commerce would be Lincolnesque. And since the Pacific Fleet is based at San Diego it wouldn’t even cost very much.”

“Whittling down their economy to the size of Lichtenstein’s, only without the stamps! That would be huge! I mean small! Anything else?”

“We could build a fort on Alcatraz Island to shut down San Francisco Bay.”

Hey, don’t get me wrong. As a resident of Colorado, I think California leaving the Union is a great idea.

More water for the rest of us.