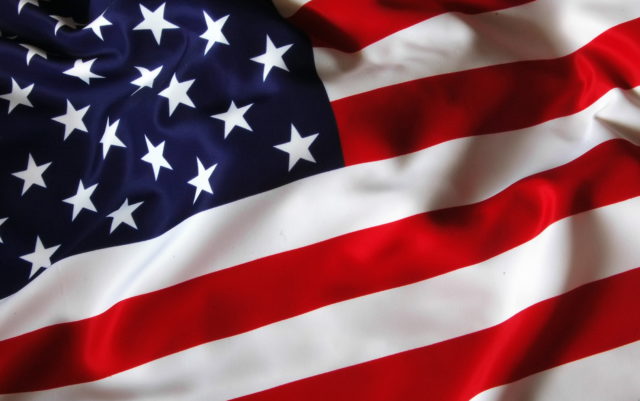 That is the simple definition of “patriotism” according to the dictionary. What sticks out to me is how patriotism, by definition, isn’t inherently good or bad. It all depends on what exactly is being vigorously supported.

If you support a country that believes it’s OK to imprison or kill those who disagree with you, or stone and murder women who dare leave their home without their heads covered, then your patriotism pretty much stinks.

But if you live in a country that supports the rights of all individuals equally to say what they want, write what they want, read what they want, love who they want, worship however they want and protest peacefully against anything they want — in other words, a place that encourages and honors freedom — then patriotism can be a positive thing.

It’s sort of a confusing concept because right and wrong can be very different depending on how you see the world. Patriotic people in other places who support their countries doing things that we in the U.S. find abhorrent — like cutting the hand off a hungry child who steals a piece of bread — are still patriots so long as they believe what their country is doing is good and correct and offer their vigorous support. It really all boils down to one’s definition of “country.”

Obviously the term “country” within the context of this definition isn’t describing geographic location. We don’t fly flags, proclaim our love for, or our willingness to die for, our country because of where it is located on a map. Patriotism is vigorous support for what a country stands for, what it believes in, its values, its laws, its citizen’s rights and freedoms, its sense of justice and its form of government.

In the United States of America, any patriot worth his or her salt will tell you that all the things they vigorously support about our country were breathed into existence by our beloved Constitution.

Unfortunately, many, if not most, of those now shouting the loudest about their support for our flag and national anthem have more in common with the hand choppers and stone throwers than with our country and its ideals of freedom and equality.

Let me put it another way: There is actually nothing less patriotic, in this country, than putting the importance of the flag — a piece of cloth created to be a powerful symbol representing all of the individual rights and freedom granted to us by our Constitution — above the importance of the actual rights and freedom it stands for. I can’t think of anything more disrespectful to our veterans than to claim that they fought and died for a piece of cloth rather than for the freedom it symbolizes.

Let me put it in the vernacular of today’s hyper-patriots: If you believe that the First Amendment rights of all Americans does not include the right to say what they want about the flag or protest the behavior of the president or law enforcement practices in any peaceful manner they choose, including during the playing of the national anthem, then you have become the enemy within, the very thing you claim to be standing vigilant guard against.

Those who applaud President Trump as he uses racism, classism and a brand of patriotism that is disconnected from our Constitution to divide our country are the true offense to the values and freedom our flag and national anthem stand for. All who back Trump in his calls for the punishment of U.S. citizens who have done nothing more than exercise their Constitutional rights in a peaceful manner may be patriotic, but their vigorous support is aimed at a “country” that has nothing to do with this country or its Constitution.

We have become a nation with 100 million Archie Bunkers on the prowl, one of whom now occupies the White House. While Trump may have turned our government into a sitcom, unfortunately, this time around it’s not a comedy.

I wish I could persuade even one person who thinks that professional athletes, particularly black athletes, should lose their jobs for exercising their First Amendment rights that such a belief is an incredibly un-American idea, but I don’t think I can. Thanks to our increasingly dysfunctional political system, wherein party politics has made getting reelected more important than governance, and a media landscape where sensational tweets and telling us what we want to hear based on our political persuasions has replaced a true commitment to making sure we are a well-informed citizenry, our understanding of what “country” means has become lost. Too many people now confuse our “vigorous support” for Democrats, Republicans, flags, anthems, race, Fox news, MSNBC or the President with that of support for our country and the Constitution that guides its principles of freedom and equality for all. What is being practiced today may still be patriotism by definition, but it is definitely not the good kind.