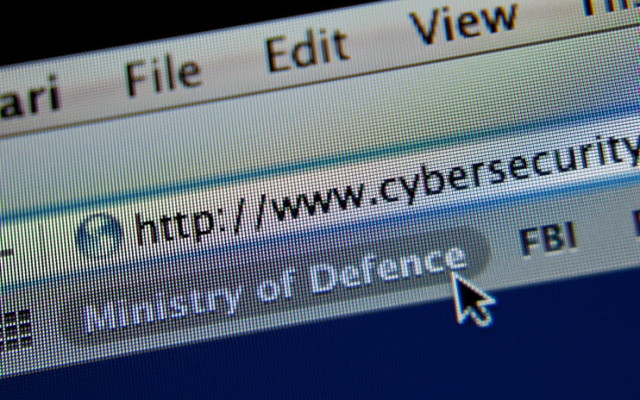 Dr. Mel Gurtov has studied government intrusion into our lives for many decades, including his work as an analyst for the RAND corporation and his alliance with his friend and colleague, Daniel Ellsberg, whose therapist’s office was physically broken into and ransacked by paid agents of then-President Richard Nixon. Gurtov is watching and analyzing the Apple/FBI case now and his perspective is worth noting.

How’s this for bad choices? A recent study by a Harvard group contended with the position of U.S. intelligence agencies that tracking possible terrorists was becoming more difficult because there are too many “dark spots” — places where data can be encrypted to prevent tracking. Harvard “reassured” the FBI, CIA and others that new technologies embedded in common objects will provide (or already provide) plenty of additional tracking opportunities. What are these? How about toothbrushes, toys (yes, Barbie dolls), television and light bulbs, just for starters. These are the “Internet of things,” in the cute phrase of one law professor quoted in the article above. But let’s just call them light spots.

I suppose we are intended to feel comforted by the thought that we’re safe on both ends of the surveillance machine — the intelligence community’s and the corporations’. Obviously, those of us who are still worrying about how Facebook, Google and Amazon — the Big Three of Social Monitoring — keep us (and the authorities) in their sights are not thinking ahead. We have already surrendered our privacy to them by signing up every day for their services, and by standing by while they willy-nilly transfer data to government agencies.

Europe’s national regulators, as distinct from the European Commission, suspect that the latest U.S.-EU “Privacy Shield” agreement on personal data transfer does not adequately safeguard privacy. All 28 EU member-states must sign off on the agreement for it to take effect. They want assurances that Europeans’ private information will not find its way into the hands of U.S. intelligence services. I doubt the Big Three will provide them. And if they do, who would believe them?

Like most Europeans, Tim Cook, CEO of Apple, believes that some dark spots deserve protection. Reminding us that we the consumer are “the product” and not really the customer when it comes to tracking of our likes and dislikes by Facebook et al., Cook has emerged as a stout defender of privacy against the demands of the FBI in the San Bernardino terrorism case. He so far has rejected the U.S. government’s demand, backed by a court decision, to unlock Apple smart phones in order to access one terrorist’s data. Correctly, Cook sees surrendering to this request as having the potential to open the floodgates, allowing either the government or criminals to gain backdoor entry to people’s private information.

Cynics might say that he really wants to protect Apple’s proprietary encryption software, which evidently is much stronger than Google’s and the other giants’. And clearly, Cook is concerned about the integrity of the Apple brand. But motives aside, Cook’s action is laudable.

Interestingly, Cook’s impassioned defense of privacy has detractors and fence-sitters in the high-tech community. Everyone among them wants to protect their security systems. But those companies which, like the Big Three, rely on Internet advertising and personal data entries to monitor tastes and movements will be loath to support Cook’s tough stand — all the more so if they have contracts with police departments and federal agencies, such as Amazon’s with the CIA and Microsoft’s with the Department of Defense. But those which, like Apple, mainly sell hardware are likely to support him.

In the end, Apple may have to concede at least to providing the specific data the FBI is demanding. But let’s not lose sight of the core issue. We’re all in a bitter struggle to preserve our freedom of thought and movement against the rising tide of security-firsters who will forever contend that sacrificing our privacy is necessary if we are to erase the dark spots.

By their logic, 1984 is finally here, and embedding security (i.e., surveillance) chips in toothbrushes, children’s toys and everywhere else The Enemy might lurk is both necessary and proper. You’d better consider flossing regularly and having your kids play with sticks and stones. Barbie is watching, and even Tim Cook can’t stop her.

Mel Gurtov, syndicated by PeaceVoice, is Professor Emeritus of Political Science at Portland State University and blogs at In the Human Interest.

Letters 10/15: On voting and endorsements

An open letter to my Republican friends

Proposition EE is not the solution for Colorado