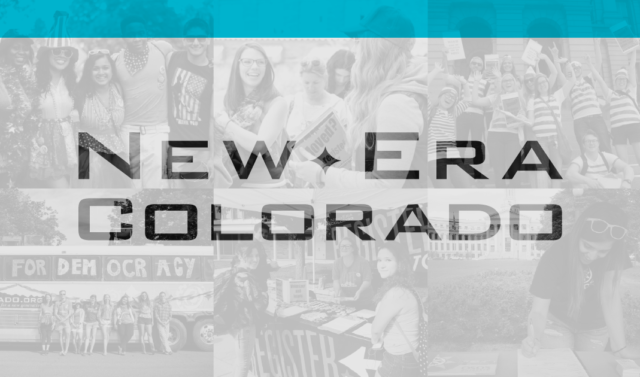 Wow! That was one awesome piece of politicking.

New Era Colorado, the millenial-oriented activist organization that all but single-handedly saved the muni, did a terrific job of identifying, persuading and turning out voters for ballot issue 2L, including the late surge of votes that put it over the top.

Boulder politics will never be the same. No, really, they won’t.

Ballot issue 2L (in case you spent the last year in a persistent vegetative state) was the tax extension proposal that will raise $16.5 million to fund another three years of the City’s decade-long drive to socialize and green — or at least greenwash –— its electric utility, which is currently owned and operated by Xcel Energy.

Personally, I think it’s an obscenely expensive nutty idea that owes more to anti-corporatism than environmentalism, but let’s save that discussion for some other time. What’s important here is how New Era prevailed and what that means for how politics in Boulder is done in the future.

Many of the votes which reached the County Clerk on Tuesday were probably mailed over the weekend or the previous Friday. The rest were either dropped off in person or cast on Tuesday at one of the two polling places that were open in Boulder (at the Clerk and Recorder’s office on 33rd Street or at the CU Environmental and Safety Center, just west of 28th Street on the CU Boulder campus.

Which means someone did a kick-ass job of turning out a late surge of voters for 2L.

And that “someone” was mostly New Era Colorado.

On Election Day (Nov. 7), New Era volunteers were busting their butts to round up CU students on campus and give them rides (pizza and drinks included) to the Environmental Health and Safety Center. According to Lizzy Stephan of New Era, the organization gave 428 van rides to the Center.

In other words, about 40 percent of tax extension’s winning margin probably came from voters driven to the Center on Tuesday. Not bad for a day’s work.

In the final 24 hours before the election, “we didn’t leave any stone unturned,” Stephan told the Daily Camera.

Nor in the weeks running up to the election.

According to Stephan, New Era activists also registered 2,075 new voters from whom they obtained “pledges” for 2L votes. Assuming most of them fulfilled their pledges, that alone determined the outcome.

New Era’s effort on behalf of 2L also included sending out 21,000 text messages, and not just to students and millennials. This may be the first time social media had a central role in a local Boulder election, and it was a game changer.

“One thing we’re increasingly realizing about young voters in the muni fight is that they’re very suspicious of money in politics and very suspicious of large corporations,” Stephan told the Camera. “So right away, talking to a young person and explaining Xcel’s involvement in this fight — it doesn’t take a lot of convincing.”

The last is a bit ironic, considering that Xcel didn’t put any money into this year’s muni fight, while as of Thursday, Nov. 2, the deadline for the last financial disclosure before the election, New Era had contributed $24,048.66 to Voters for 100% Renewables, a political committee it had set up to campaign for ballot issue 2L.

New Era’s narrative and talking points are as much anti-Xcel as they are pro-muni. Anti-corporatism has a central role in its playbook.

But financial disclosure, not so much this year. All of Voters for 100% Renewables’ contributions are listed as coming from New Era Colorado. There is no disclosure of where New Era Colorado’s money came from for this year’s campaign.

However, ballot issue 2L is not New Era’s first rodeo with Xcel. In 2013, Xcel spent a fortune trying to pass a ballot measure which would have required voter approval of the debt the City could take on if it condemned Xcel’s Boulder system. The proposal was fiercely opposed by New Era, which raised $193,000 to oppose it through an Indiegogo crowd-funding campaign. And it won. The measure was defeated by a better than 2 to 1 margin, but a somewhat similar measure put on the ballot by the City Council passed by about a 2-to-1 margin.

New Era made the contributor list public; the overwhelming majority of the contributors did not live in Boulder, and a substantial number of them didn’t live in Colorado. That’s troubling.

Apart from saving the muni at the ballot box repeatedly, New Era Colorado has done at least three things that will transform Boulder politics:

1) It has shown that CU students  can be turned into a political force to be reckoned with by those who have the wit to reach out to them and treat them like citizens instead of transients; Boulder pols will ignore this at their peril going forward.

2) It has demonstrated that the use  of social media will likely become the primary means of conducting local campaigns in the near future, displacing newspaper advertising, direct mail and even door-knocking.

3) It has shown how tons of outside money can be raised quickly over the internet. That too is likely to become the new normal.

Whether the new ways of doing  local politics are a good thing or a bad thing remains to be seen. But we’re in a new era, and there’s no turning back.