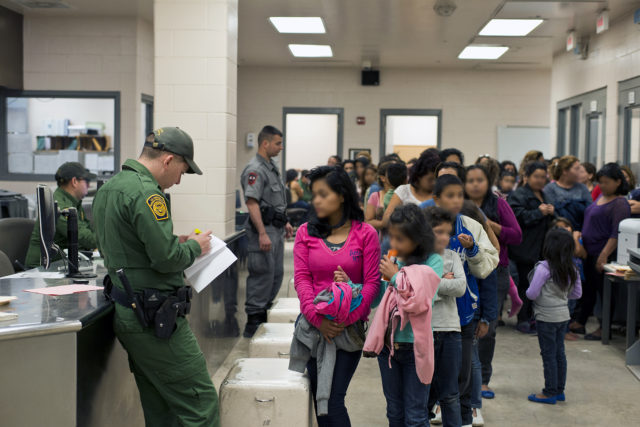 In his latest assault on our federal immigration policy in the lead-up to the midterm elections, President Trump proposed abolishing “birthright” citizenship, whereby children born on American soil are automatically granted citizenship status. In legal terms this form of citizenship conferral is known as jus soli, or the right of soil, and it is practiced in 36 countries, in addition to another 24 countries that practice a modified form. In the United States, jus soli was sanctified in the 14th Amendment in 1868, correcting a historic injustice whereby the children of slaves were denied citizenship.

As a researcher of migration and citizenship policies in the Middle East and North Africa where citizenship is primarily conferred through jus sanguinis (“the right of blood”) rather than jus soli, I have seen firsthand the consequences of exclusionary citizenship policies that deny membership to children born on a territory. The result is denizenship, whereby children are unable to participate in formal education or have access to basic services, and later are unable to attend university or participate in the workforce. Some children are also left stateless if their parents’ home country does not allow for citizenship to be easily conferred from abroad or through only one parent.

Jus soli as practiced in the United States ensures that children who are born here, whether to parents who have arrived legally or illegally, are able to participate and contribute as members of our society. They are given equal opportunities as equal citizens and are not automatically relegated to a denizen status at birth. If the 14th Amendment or its interpretation were changed, the result would be generations of individuals who are unable to obtain a legal status in the United States and who in some cases would be rendered stateless. Looking specifically at the implications for children born to unauthorized parents, a recent study by the Migration Policy Institute in Washington D.C. found that changing the 14th Amendment would increase the size of the unauthorized immigrant population in the United States from 11 million today to 16 million by 2050.

Trump and his supporters argue that jus soli allows for abuse of the immigration system, whereby foreign nationals come to the United States with the explicit purpose of giving birth to children who will obtain citizenship, so-called “anchor babies.” In actuality, children who acquire citizenship through jus soli must wait until they are 21 years of age to sponsor parents. The number who do is also quite small. According to the Pew Research Center, the number of births to unauthorized immigrants reached a peak in 2006 at 370,000, but then declined following the 2008 recession.

Trump announced on Tuesday, Oct. 30, that he is able to abolish jus soli through an executive order, even though the Constitution cannot be changed in this manner. Some conservative political commentators who favor abolishing jus soli argue that the existing amendment holds room for interpretation, specifically the term, “subject to the jurisdiction.” Yet the Supreme Court has affirmed that the amendment applies to all children born on U.S. soil, and in other jurisprudence has affirmed that both “legal” and “illegal” aliens are “subject to the jurisdiction” of the United States.

If the law is quite clear, why is this matter being raised? Ahead of the Nov. 6 midterm elections, this was yet another wedge issue that Trump and his advisors used to try and divide voters. Much like the migrant “caravan” of merely 7,000 people, whose claims for asylum United States border officials certainly have the capacity to process, the issue of “birthright” citizenship was meant to amplify nativist fears and distract from other more pressing issues. Now that the elections are over and the Democrats have taken control of the House, it is critical that we focus on needed reforms in other policy areas and not allow ourselves to be diverted by false claims and empty threats.

Kelsey P. Norman is a SSHRC postdoctoral fellow at the University of British Columbia where she researches migration, refugee, and citizenship policies in the Middle East and North Africa. She is also a Denver resident.