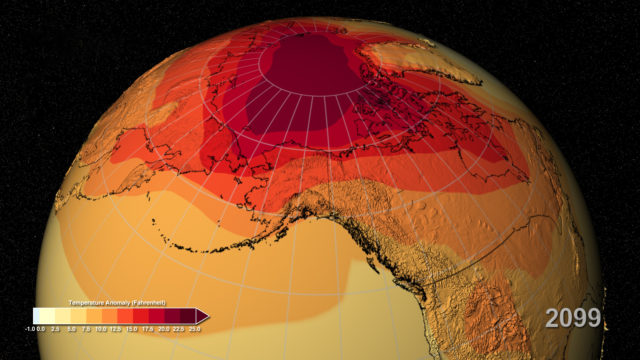 This year felt like déjà vu. On Dec. 10, I was again standing in line at the U.N. Climate Talks, waiting to disrupt the Trump administration’s panel on the “efficient” use of fossil fuels as a solution to climate change. Like last year, I attended the U.N. Climate Talks as a youth delegate with the organization SustainUS. And I find it ridiculous and shameful that the U.S. government is almost always the worst entity in the room, blocking climate progress on the international stage.

As a young person, I’m terrified about what my future holds, and I think about how my own home state of Colorado is dotted with fracking wells. While things look dim on a national level, it’s hard for me to feel hopeful about efforts on a local scale. It’s not just Trump that is in bed with fossil fuel CEOs, but it’s also Democratic politicians like Governor-Elect Jared Polis who refuses to take a strong stand against fracking and other extractive practices.

Just this past fall, Polis didn’t support the ballot initiative that would have required 2,500-foot setbacks between fracking wells and occupied structures. If we need to completely keep fossil fuels in the ground and switch to renewables as soon as possible to avoid catastrophic warming at an apocalyptic scale, minimum fracking setbacks for health and safety is a pretty low bar for a politician to back.

Now that I was here yet again at the U.N., surrounded by thousands of leaders from international governments and civil society, I felt especially ashamed about how far the U.S. as a whole was from the kind of action required to pay back our climate debt. I am both disenchanted by the politicians who actively promote fossil fuels as a solution to climate change and those who have silently let the industry have a powerful influence over our political system.

Ten minutes into the propaganda panel for the fossil fuel industry, as Trump’s fossil fuel cronies spewed their garbage, over 100 people in the audience broke out into laughter, calling the U.S.’s energy policy a “joke.” This response not only captures the international community’s collective disdain for Trump’s subservience to big oil, but also the sheer absurdity of even considering that fossil fuel use, which includes coal, oil and natural gas, is a compatible strategy with keeping rising temperatures under 1.5 degrees.

As U.S. envoys attempted to speak over the laughter, the entire audience stood up and started chanting, “keep it in the ground,” raising a large banner and blocking the panel from view. Four representatives from Indigenous, youth, and Global South communities took the microphone and shared stories about the growing movement in the U.S. to stop fossil fuel and uranium extraction, and advance a just transition to 100-percent renewable energy.

This is where the real solutions to the climate crisis lie — with impacted frontline communities and communities of color who have been working toward a just transition away from fossil fuels for many years now. As people took over the space and temporarily shut down the entire event, I felt like this is what we inevitably need: everyday people taking power back and demanding that all of our elected officials take the action necessary to keep it in the ground and provide reparations to those communities most impacted by climate change. As security escorted us out, we collectively chanted, “Shame on you!” over and over again, leaving the room empty, aside from a few corporate profiteers that remained in their seats.

This is the second year in a row that the U.S. government has held an event at the climate talks promoting fossil fuels and nuclear energy as a solution to the climate crisis. It’s obviously absurd, but it’s just as absurd as Democratic politicians remaining silent or complicit as our very own communities get fracked by corporations who don’t have our interests in mind. While the Trump administration’s presence at the climate talks was seen as a joke, Colorado politicians like Polis should not get off the hook.

By doing nothing about fracking, Polis is allowing fossil fuel CEOs to get rich off of the destruction of our communities across Colorado. I wish I had more hope about the future of our planet, but I honestly don’t. The IPCC report and recent U.S. National Climate Assessment back up the science we’ve known for decades. Yet our politicians continue to fail to take the necessary action to transform our global economy off fossil fuels and dirty energy to clean, renewable energy in a way that centers around communities and not corporations.

I’m afraid that the same profiteers that got us into this mess will only continue to profit off of an escalating crisis. As there is no hope on the federal level, it will take everyday people demanding that our elected officials at home take real action to keep it in the ground.

Michaela Mujica-Steiner, born, raised, and living in Boulder, is with the SustainUS Youth Delegation to the 24th U.N. Climate Talks in Katowice, Poland.