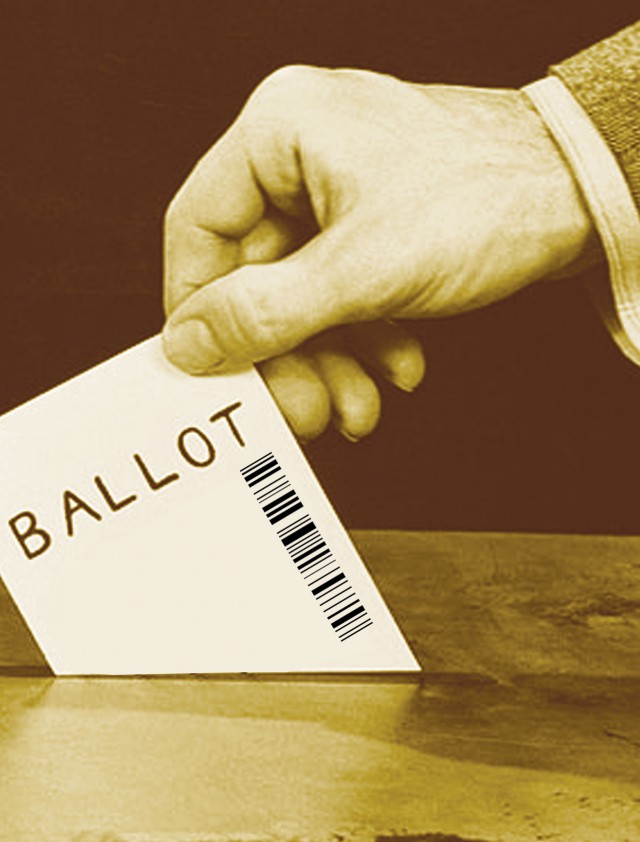 Well, it’s another first for Boulder County. Or should I say another black eye? When Nov. 6 rolls around, I hear we will be the only county in the nation that won’t be guaranteeing its citizens the right to a secret ballot, or at least that’s what voter privacy activist Marilyn Marks says. I don’t know if that’s accurate or not, but I do know we are going to be the only county in Colorado still using this particular system of bar codes and numbers on our ballots, and that as of the most recent primary, those markings could be used to connect an individual ballot to the voter who filled it out.

Boulder County Clerk Hillary Hall claims that, this time around, she is going to create a bar-code and number system on our ballots that is so complex and shuffled that a NASA geek with a supercomputer couldn’t trace a ballot back to the voter who filled it out, but I’m skeptical. She said that the old system she was using in June couldn’t be traced either, and she was wrong.

I know this because earlier this week, following a five-minute lesson on how to trace ballots, even I could connect the ballot to the voter. Shocking, considering I’m nearly computer-illiterate. So when I say that if I can do it, anyone can, I’m not exaggerating.

If that doesn’t scare you, it should. Think about it. Do elected officials really want their constituents to know exactly how they actually voted on every issue and race? Would the editors and publishers of area newspapers really want their readers to know how they voted? Would a Mitt Romney vote in a liberal market like Boulder cost a publication some of its advertisers? Would voting to legalize pot have potential ramifications for an aspiring local politician with his or her sights set on higher office someday? Do you want your boss to know how you voted on every single issue? How about your partner?

I can think of at least one judge, U.S. District Court Judge Christine Arguello, who deserves to have her ballot printed on page one after her recent ruling that claimed that we have no constitutional right to a secret ballot and that no one would be damaged if their voting results were made public. It was Arguello’s asinine ruling that cleared the way for Hall to continue marking our ballots with numbers and bar codes.

Colorado passed laws some 120 years ago guaranteeing that a ballot wouldn’t contain marks that would allow it to be traced back to the voter who filled it out. Newspapers of the day declared it a great victory, noting that, thanks to the laws, even your boss and the government can’t know how you voted. But that hasn’t been true in Boulder County, where the stroke of a key or two could pull up your voting results connected to your name.

Our government tells us that our voting information is safe because no county employee will ever break the law and look at our ballots or release all or part of the voter database into public domain. It’s like they never heard of Wikileaks, and I can’t count how many stories I have been able to write over the years because local government workers handed me information that they weren’t supposed to make public.

I’m very glad that Hall is going to shuffle the ballots and supposedly assign duplicate numbers in an effort to make it harder or even impossible to trace ballots to voters this time around. It’s at least an acknowledgment that we’ve been doing it wrong and an attempt to fix things. But being a skeptic who cares deeply about my right to a secret vote, I wish she would just do what other counties in the state, and the entire nation, are doing and just get rid of the bar codes or make all of the numbers the same. But since Boulder County is determined to do it “our way,” I’ve decided to fix the problem myself.

For the record, I am going to take a marker and black out the bar codes and numbers on my ballot before turning it over to the county to be counted.

The law says that if the intent of the voter can be determined by examining the ballot, then the vote counts. Getting rid of the bar code and number will not impact my intent. In her response to my questions regarding marking out the bar codes, Hall told me that such ballots would likely still be counted. She added that it would slow the process because a bipartisan team of judges would have to examine the ballot for intent and then transfer the votes onto a new ballot with a bar code that would be run back through the machine to be counted. This would also likely cause the ballot to be counted late, possibly even after election day, she says.

Well so be it. And as for the delay in being counted, that is simply Hall’s choice, and from where I sit, intended as punishment for those of us who won’t play by her rules.

My understanding from covering a recent meeting of the canvass board, a meeting that the clerk’s office claims was improperly called, is that Hall has the option of making the equipment count all ballots the first time through, even if the bar code has been marked out. But that would mean that Boulder would have to count its votes like every other county in the state. What a tragedy.

This is important. When a person sees a bar code and number on their ballot, they naturally, and at least up until now, rightfully, assume that how they vote on every issue could be found out by someone else. True or not, going forward, the bar codes and numbers on this November’s ballots will affect some people’s sense of security that their vote will remain a private matter, especially considering that an idiot judge in a post-9/11 world just ruled that we have no right to a secret ballot.

So I say mark out your bar code and number if you are concerned, and then cast your vote with confidence, knowing that it is truly secret. And if anyone tries to say that our votes don’t count because we marked out the bar code, I, for one, will gladly see them in court.