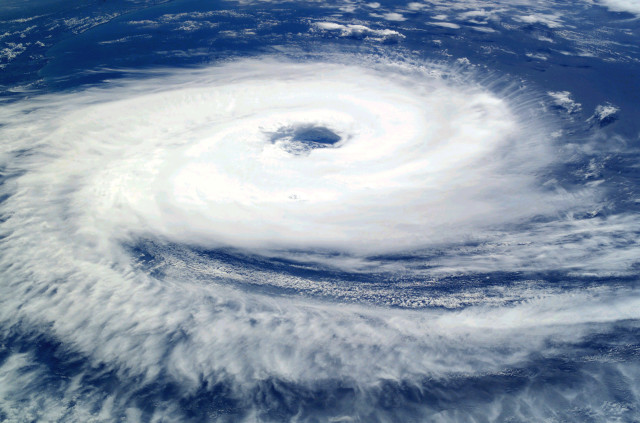 Naomi Klein says we had an opportunity for big changes in 2008 after the financial crisis hit and Barack Obama was elected president. She says, “Imagine if there had been a powerful social movement — a robust coalition of trade unions, immigrants, students, environmentalists and everyone else whose dreams were getting crushed by the crashing economic model — demanding that Obama do no less” than “build the new economy.”

Klein is an award-winning journalist, syndicated columnist and the author of The Shock Doctrine: The Rise of Disaster Capitalism. She’s on the board of directors of 350.org, the global grassroots movement to solve the climate crisis.

Her most recent book, This Changes Everything: Capitalism vs. the Climate, was shortlisted for the 2015 PEN Literary Awards in the nonfiction category. A documentary based on the book, directed by her husband Avi Lewis, was released last fall.

She argues that while it is urgent that we deal with climate change because time is short, it shouldn’t trump everything else. People are also dealing with other urgent issues such as fighting against police violence or for health care or a living wage. She says “we need to create integrated solutions — ones that radically bring down emissions, while closing the inequality gap and making life tangibly better for the majority. … We can create millions of living wage jobs in public transit and in renewable energy, in re-imagining our cities.”

She saw this in New Orleans when she was reporting about Hurricane Katrina. People were abandoned on their rooftops and in the Superdome. There was vigilante violence. Corporate lobbyists were coming in to privatize the school system and close down public housing. Klein says it was so shocking that she had trouble believing it was happening. She says, “African American residents were given one-way tickets out of their city, forcibly relocated, at gunpoint, people were loaded into buses. And there was no plan to bring them back. And while they were gone, their homes were bulldozed.”

The rise of global greenhouse gas emissions happened at the same time that capitalism became nastier. Life became more difficult for ordinary people as real wages went down and public services were slashed. It is called “neo-liberalism” in other parts of the world. This is confusing to Americans because it was carried out by rightwingers such as Reagan, Thatcher and Chilean military dictator Augusto Pinochet.

Democrats have offered kinder and gentler versions. Neo-liberals argue that the role of government is to liberate the power of capital to create economic growth that will trickle down to the rest of us. This is done by privatization, deregulation and cuts to corporate taxes offset by cuts to public services.

Klein sees hope in the growing grassroots climate justice movement around the world. She is encouraged by what has happened in Germany, the most powerful industrial economy in Europe. In the last 15 years, the Germans have shifted their electricity system to 30 percent renewable and created 400,000 new jobs. There are 900 energy cooperatives where they de-privatized electricity utilities across the country through referendum and a citizens’ movement.

This energy transition didn’t happen due to benevolent politicians. Militant environmental activists — struggling over many years — played a decisive role in this national transformation. So serious change is possible if we fight back. If we don’t, Klein argues that we will be faced with “a future of Katrinas because there will be more and more climate shocks intersecting with weak and neglected public infrastructure.”

On Sunday, Feb. 14, the local Democratic Socialists of America (DSA) chapter is presenting a free showing of the This Changes Everything film at 3 p.m. in the Boulder Creek Room (first floor) of the main branch of the Boulder Public Library at 1001 Arapahoe Ave. The screening will be followed by a discussion of the ideas in the film in light of Bernie Sanders’ call for a political revolution.