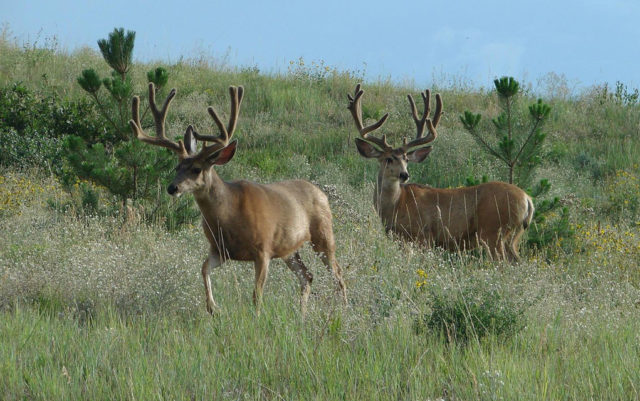 Though I am not a resident of Colorado, I have become aware of a recent development that should not only alarm Coloradans but all of us who cherish our wildlife heritage in this country. It appears that Colorado Parks and Wildlife (CPW) will be installing a new “rule” that will require all who use state wildlife areas to purchase either a fishing or hunting license. The supposed reason for this new rule is to “help fund wildlife conservation” by CPW. If this is the agency’s proposed rational, I must say that this is the most bold-faced lie I have ever heard from a state game agency. The reasons for it are many and because of limits on space I will only touch on some of the more egregious ones.

The first and foremost reason has to do with CPW, like so many other state game agencies, constantly perpetuating the myth that they are somehow these great “conservation agencies.” They strive to equate what they do to what real conservation biologists do. This cannot be further from the truth. CPW, as clearly stated, is not a true public entity but an “enterprise agency.” What that means is that CPW proudly proclaims it does not receive money from the state general fund but from “hunting, fishing and recreational shooting.”

This means that the primary clientele of CPW is not the public in general. It caters specifically to hunters and anglers. And hunters and anglers do not want conservation, they want management. They want their agency to make sure that there are enough of the 1% of the fish and game species they fish/hunt. It is hard to envision that such exclusion of a majority of the public (82% of Coloradans do not hunt or fish) is characteristic of a truly conservation-oriented organization.

And this exclusivity goes even further by the second myth that CPW perpetuates: True, hunters and anglers fund the agency but the agency argues that those license fees somehow go toward the conservation of all wildlife for the benefit of all Coloradans. This also cannot be further from the truth. One just has to look at CPW’s 2016 report, “Funding the Future: Public Engagement Report” (page 5: “Sportsmen’s license fees are spent entirely on wildlife management”) to understand that all those license fees, decreed by self-serving law, can not be used for conservation but only for management or production of game species. They are indeed to only grow, as one former director of Idaho’s Department of Fish and Game proudly stated, more fish in the creel and more game in the bag… period. These funds are for CPW to grow more game species, on land and in the water, for its primary clients — hunters and anglers — to kill.

But yet, in spite of all this, CPW and other agencies continue to delude themselves and us as being such great conservationists. Why? The supposed claim that these agencies hang their conservation hat on is another myth. True, license fees cannot go directly to wildlife conservation efforts, but maybe, just maybe somehow the other 99% of the wildlife species benefit from the management of the 1% game species. However, the policies and practices to grow more game species usually run counter to being beneficial to the rest of wildlife. And, in the case of predators, actually results in excess killing of them to propagate more favored game species. The infamous CPW cougar and bear study (See BW’s Off Target series parts 1-12) is a case in point of spending millions of dollars — all license fees — to kill a bunch of predators to grow more deer and elk. This is not conservation and the wildlife part of CPW is not a conservation agency. It is a hunter/angler-oriented quasi-public wildlife livestock agency dedicated to serving the approximately 18% of Coloradans who hunt (4%) and fish (17%) just so they have something to kill.

And now we have this agency, similar in many ways to the game keepers of medieval Europe, finding that there are not enough “royals” (hunters and anglers) to support these game-farming practices. So, what does it do? In true feudal style, the agency decides to tax the serfs! And to tax them in such a way as to make sure those dollars go specifically to growing more trout and deer…license fees.

Now I am not against others, especially the general public, supporting wildlife conservation. I think we should all pay something. However, I vigorously object to a game agency doing a purposeful end run to make sure that, in this case, hikers are paying for growing more wildlife to kill. It is not like CPW did not have other options. It has the Great Outdoors Colorado (GOCO) program, funded currently by the state lottery. Those monies diverted to the wildlife part of CPW are, hopefully, used to fund the limited, true wildlife conservation done. I say limited because it only comprises less than 10% of the wildlife section’s budget.

If CPW truly wanted to make sure hikers’ money went to conservation of the wildlife they enjoy rather than growing trout and deer, why did it not propose a hiking license, or whatever you want to call it, with those funds going to GOCO?

Unfortunately, there are sinister reasons I suspect for this that I don’t have space to get into. Suffice to say, what CPW chose to do was to divert, corrupt those dollars, forcing hikers to support hunters’ and anglers’ desires not their own. And that is wrong.

The last thing I think smells funny about this new CPW “rule” is how it came about. Not being from the state, I don’t know if CPW explored other alternatives or held truly public meetings to get all stakeholders’ views or talked about diverting the fees to GOCO or if they rushed this through behind closed doors and secret meetings. Knowing what I do about how hunter-oriented agencies’ work to avoid general public input, I fear the latter. I just cannot imagine, given the large percent of the population that participated in outdoor activities other than hunting and fishing — 37% based on a 2011 USFW survey data, 57% based on a 2016 data — that they would have agreed to have their recreation dollars go to supporting killing the very wildlife they hope to see alive on their outdoor adventures.

If it is the case that CPW did surreptitiously pass this rule behind the public’s back, this is indeed a dark time for both the public trust and the democratic rule of law regarding managing Colorado’s wildlife resources for all Coloradans. And if it is allowed to stand, it is a harbinger of even darker times for all of us as the dictatorial power hunters and anglers have over the wildlife we all own, is codified in official “rules.”