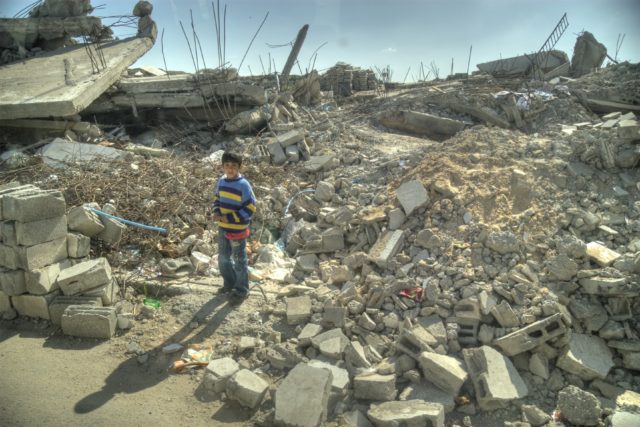 This column is in response to a column by Paul Danish (“Gaza: The usual suspects the usual lies,” June 7, 2018).

Before addressing the Great March, it’s useful to provide some background about the situation in Gaza, a topic unfamiliar to most Americans but crucial to understanding why the Great March came about. The illegal Israel blockade of Gaza began in 2007 and the three major Israeli attacks on Gaza since then have created a living hell for Palestinians there. In 2006, before the siege was implemented, Dov Weisglass, senior advisor to then-Israeli Prime Minister Ehud Olmert, said the goal for Gaza was “to put the Palestinians on a diet, but not to make them die of hunger.”

Despite Israeli claims, Gaza is an occupied territory and, in actuality, Palestinians and their leadership have little control over their lives. For example, Israel, abetted by Egypt, controls all of Gaza’s borders and determines what and who may or may not enter the area. Israel’s control has turned Gaza into what many call the “largest open-air prison in the world” while others call it a concentration camp. Making matters worse, the two major Palestinian groups, the Palestinian Authority and Hamas, have been at odds for years and their in-fighting adds to the incredible hardships Gazans face.

In 2012, the U.N. issued a report saying that Gaza would be unlivable by 2020. In 2017, the group Save the Children said it considered Gaza to be unlivable already. Among the many things it cited are:

• Gaza struggling with just two to four hours of electricity per day.

• 741 schools struggling to function without electricity.

• Environmental disaster due to untreated sewage.

With the above background, let’s now consider the Palestinian “Great March of Return.” This march is a grassroots-led and mainly peaceful effort despite the media’s attempt to portray it as a cynical and violent Hamas ploy.

The media coverage, besides being biased, is also incomplete in that it seldom considers the reasons that led Gazans to participate in this resistance action and to return week after week. Generally, as shown above, Palestinians in Gaza face dire living conditions. In addition, many have lost confidence in the Palestinian leadership that has been unable to bring about relief. Thus the grassroots are organizing and acting. In particular, Palestinians are: 1) protesting the illegal Israeli siege that will likely bring about the ethnic cleansing of Gaza; 2) standing up for their internationally recognized right of return to their former homes or for compensation for their losses; and 3) protesting the move of the U.S. Embassy to Jerusalem.

The Israeli reaction to this mainly peaceful march was to have well-protected snipers firing from long range into crowds and even at people away from the protest. The media desperately tried to justify this reaction. Only one side was shooting and killing/wounding large numbers of people. Some Palestinians, against the stated desire of the grassroots organizers, have thrown rocks or flown burning kites over the fence setting some fields on fire. To date, the Israeli snipers have killed 136 Palestinians including women, children, press, doctors and nurses, and wounded over 14,000, whereas one Israeli soldier was slightly wounded when hit by a rock.

Unfortunately, perhaps these killings could have been or were foreseen. For example, in 2004, Arnon Soffer, a Haifa University demographer and advisor to Ariel Sharon, said: “When 2.5 million people live in a closed-off Gaza, it’s going to be a human catastrophe. … The pressure at the border will be awful. … So, if we want to remain alive, we will have to kill and kill and kill. All day, every day. … If we don’t kill, we will cease to exist.”

This abominable Israeli behavior towards Palestinians will continue as long as the U.S. provides political cover at the U.N., vetoing resolutions that would impose any penalties on Israel for its crimes. The most effective current approach for changing Israeli behavior is the Boycott, Divestment and Sanctions Movement (bdsmovement.net/). Israel falsely claims that BDS is anti-Semitic and that BDS is also challenging its legitimacy. Unfortunately, similar to this false claim, the anti-Semitic charge has been so abused, like the boy who cried wolf, that there is an increased risk many will ignore the claim even in cases when the charge is actually warranted. Regarding Israel’s legitimacy, it is Israel’s own brutal and illegal policies that are delegitimizing it. Support BDS to change this intolerable situation.

If you wish to get involved in this or other peace and justice issues, please visit the Rocky Mountain Peace and Justice Center at rmpjc.org.