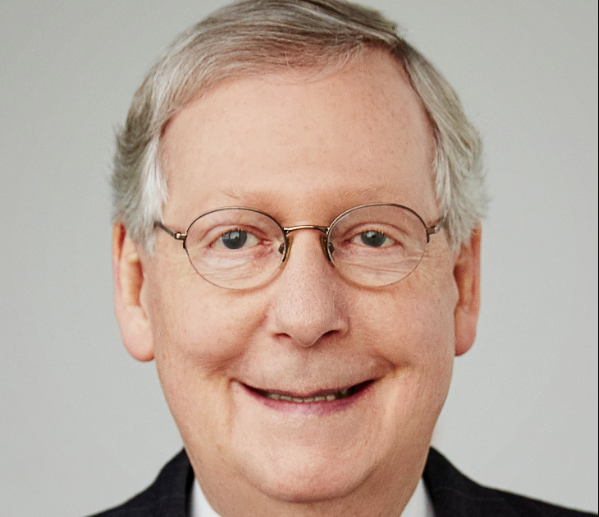 These days, people are searching the internet for good news. Journalists are searching for silver linings when writing about the COVID-19 pandemic. After all, depression and panic attacks aren’t good for our mental or physical health. Unfortunately, it is tempting to deny the grim seriousness of our situation, ignore the advice of health experts and be seduced by conmen whether in the business or political worlds. So we have to pay attention to bad news as well.

So here is some good news.

Why is that? Birnbaum explains:

“The philosophy in Europe is that the financial blow of the pandemic can be softened if workers are able to keep paying their bills and if businesses do not have to hire and train an entirely new set of employees as the crisis abates. Many European governments have implemented a subsidy program, pioneered by Germany in the last global recession, under which they pay up to 87% of salaries for workers sent home but kept on payroll.”

Many U.S. progressives pointed to the European model as a solution to our country’s gigantic unemployment. “Congress must cover the paychecks of every U.S. worker,” Senator Bernie Sanders said.

On April 18, Senators Sanders, Mark R. Warner (D-Virginia), Doug Jones (D-Alabama) and Richard Blumenthal (D-Connecticut) unveiled a proposal to establish the Paycheck Security Act, a program to cover the wages and benefits of employees of affected businesses and nonprofits until the economic and public health crisis is resolved. The ideological mix of the sponsors indicates that a unified Democratic response to both crises is emerging.

On April 10, Rep. Pramila Jayapal (D-Washington), co-chair of the Congressional Progressive Caucus, introduced similar legislation in the House. She said, “Mass unemployment is a policy choice. We can and should choose differently.” More than 100 economists called on House Majority Leader Nancy Pelosi to support Jayapal’s bill.

In a new report, the Economic Policy Institute (EPI) estimates that 12.7 million of the people who have lost their jobs since early March have lost their employer-based health insurance. This is a particularly terrifying experience right now. According to Time, the cost of COVID-19 treatment can run as high as $35,000.

Before the  COVID-19 pandemic impacted our politics, support for Medicare for All was becoming increasingly popular in the Democratic presidential primaries.  Now a new poll shows that a majority of Americans support Medicare for All. That’s 69% of all voters and 90% of Democrats.

Back in February, a study of Sanders’ Medicare for All single-payer plan conducted by researchers at Yale University, the University of Florida and the University of Maryland found that a transition to that system would save an estimated $450 billion each year, with the average American family seeing about $2,400 in annual savings.

The research, which was published in the medical journal The Lancet, also found that Medicare for All would prevent about 68,000 unnecessary deaths per year.

Now, Sen. Sanders and Rep. Jayapal have introduced the Health Care Emergency Guarantee Act that would empower Medicare to cover all health care costs for the uninsured and all out-of-pocket expenses for those with insurance for the duration of the coronavirus crisis.

If passed, the bill would take effect immediately and remain in place until the Secretary of Health and Human Services certifies to Congress that a Food and Drug Administration-approved COVID-19 vaccine is widely available to the U.S. public.

Time editor-at-large Anand Giridharadas cheered this development in a tweet: “Give people a taste of Medicare for All during this emergency while continuing to advocate for the real thing.”

A national coalition of progressive organizations is encouraging people to put pressure on lawmakers to reject any future COVID-19 relief measure that doesn’t provide “real relief” for working Americans.

They are pushing lawmakers to sign “The Peoples Agenda Pledge.” The agenda is grounded in four pillars:

“Protect public health: Full health coverage for all COVID-19 care and protections for all frontline workers.

“Defend elections: Enact a vote-by-mail requirement for 2020 federal elections while maintaining access to in-person voting for those who do not have access to mail voting.”

Mitchell McConnell controls the Senate and says he doesn’t want to send federal aid to the states and the cities. Well, this is vicious blackmail. States and cities are predicting a $500 billion shortfall, and soon it is likely that public safety agencies, schools and other vital services will start being disemboweled.

Recent polls show a large bipartisan majority supports the continuation of shelter-in-place policies until public health officials say it’s safe to end them. Nevertheless, Sara Jaffee reports in In These Times that “a small army of right-wing think tanks and conservative organizations is cynically invoking the plight of the downtrodden to make the case for swiftly reopening the economy and sending workers into deadly conditions.”

Some of the most vocal groups — like the Heritage Foundation, Americans for Prosperity and the American Legislative Exchange Council (ALEC) — have promoted the ugliest measures against working people and unions.

This is ghoulish class warfare. The corporate right is afraid of a “people’s bail-out.” They are afraid that maybe ordinary people will realize that they can use the government to make a better society.  They are willing to kill thousands to stop that from happening.