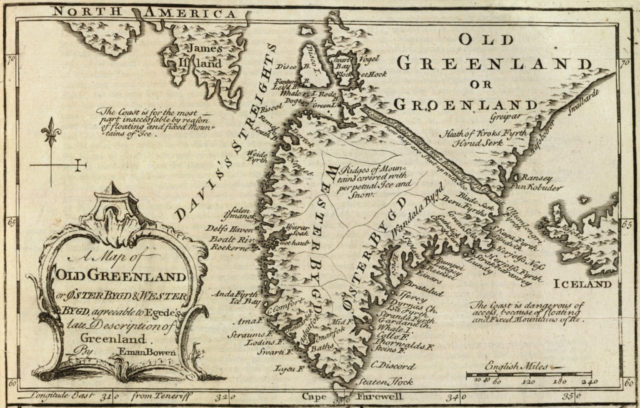 Trump, don’t get in a snit just because everyone in Greenland and Denmark blew off your idea about the U.S. buying Greenland.

Do what any good real estate guy does when he gets a “not interested, you’ve got to be kidding” reply to an unsolicited buy-out proposal.

Something along the lines of this, maybe.

First off, a Greenland deal will require a willing buyer and a willing seller. A hostile takeover won’t fly, much as the Marines might like the practice. This means that both the Greenlanders and the Danes have to willingly, and preferably enthusiastically, agree to the deal.

How to get this sort of buy-in? Start by taking the rubber band off the bankroll.

According to the CIA World Factbook, an indispensible work for anyone contemplating mergers and acquisitions on an international level, the population of Greenland as of July 2018 was 57,691.

Offer every man, woman and child $2 million each, tax-free, if 75% of the island’s citizens vote in favor of the sale in a national referendum. This works out to a payment of $115.38 billion. Round it up to $120 billion for easy figuring.

In addition, offer American citizenship to all who want it, or permanent resident status for those who want to retain their Danish citizenship. Throw in a generous infrastructure package as a further deal-sweetener.

OK, that’s all well and fine for the Greenlanders, but what about Denmark? What could get the Danes to buy into the deal?

There are too many Danes, roughly 5.8 million, according to the CIA, to offer each of them $2 million. Instead, offer the Danish government a sum equal to the payout to the Greenlanders: $120 billion. And to sweeten the deal, throw in a $1 billion endowment for each of the country’s eight universities. And all the F-35s the Danish Air Force wants, free of charge.

If there’s still resistance to the idea of selling, raise the payout to Greenlanders to $3 million per head and the payment to the Danish government to $180 billion.

Would payouts of this magnitude persuade the Greenlanders and the Danes to sell? We won’t know unless we ask. But it’s certainly reasonable to assume that there will be some Greenlanders and Danes who would argue that within a few years of a U.S. acquisition of Greenland, the Greenlanders’ culture and way of life would be swept away by a gringo Tsunami. And there’s a good chance they would be right.

So offer a Plan B. Instead of buying all 836,325 square miles of Greenland, offer to buy only 95% of the island (794,508 square miles). The remaining 41,817 square miles would be retained by Denmark in the form of 1,000- to 5,000-square-mile enclaves around the island’s communities. That way the local way of life could be preserved for those who wanted it.

The real question isn’t what would it take to get the Greenlanders and the Danes to sell, but why would the U.S. want to buy Greenland in the first place? After all, about 80% of Greenland is covered with ice. So would paying $250 billion or so for Greenland be worth it?

You bet it would. It would be a bargain at twice or three times the price. And not just for the natural resources — the CIA says Greenland has coal, iron ore, lead, zinc, molybedenum, diamonds, gold, platinum, niobium, tantalite, uranium, fish, seals, whales, hydropower, and possible oil and natural gas — or for national security reasons like keeping the Chinese from setting up outposts there (they’ve already been feeling out the Danes).

Eight-tenths of Greenland may be under ice today, but thanks to global warming, the ice is melting. And there is ample reason to expect that the rate at which it’s melting will accelerate. “Buy land, they’re not making it anymore,” Mark Twain once remarked, but in Greenland land is defrosting, which is almost as good as making it. Talk about an appreciating asset.

The real reason the U.S. should buy Greenland is because we’re going to need more land. That’s because, unlike most other countries, millions of people want to move to the U.S.

About a million people a year immigrate legally. The waiting list for a green card currently has about 4 million names on it, and it keeps getting longer. Depending on a potential immigrant’s status under the law, the wait can be more than a decade. That helps explain why there are 11 million non-Americans in the country illegally.

America used to absorb and assimilate millions of immigrants effortlessly because it had a frontier. Unfortunately, it closed about 130 years ago.

Today we need a new one, to accommodate both wannabe Americans and American malcontents looking for a new start.

Greenland is no Louisiana Purchase or Alaska Purchase even. But a) it has the virtue of being almost totally uninhabited, and b) it’s thawing out.

Granted, like the old frontier, Greenland wouldn’t be for the faint of heart. But while people who walk from El Salvador to the Rio Grande in order to sneak into the U.S. can be called many things, faint of heart isn’t one of them. In fact they may be just the people you would want to invite to help you settle a new frontier.