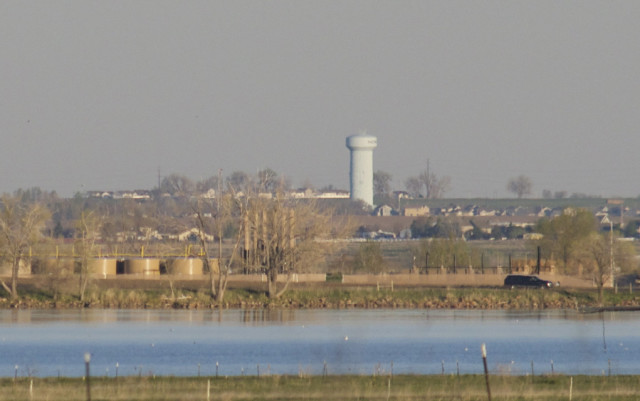 The presentation that Dr. Detlev Helmig gave at the Longmont City Council meeting on July 28 was detailed and conclusive as to the source of the high concentrations of ethane, methane, propane and other VOCs [volatile organic compounds] that cause health problems. Longmont contracted with Dr. Helmig for air quality monitoring after noting the high concentrations of VOCs at monitoring stations at Boulder Reservoir.

Following the wind patterns, it was clear that the readings were coming from the north and northeast. Dr. Helmig’s instruments to measure air quality are more sophisticated and accurate than those used by city staff. The unusually high spikes in the VOCs after midnight are concerning. Is this when these wells are flaring? Our city needs to continue monitoring the wells to the east and north of our city.

The world has been plagued by industries making billions of dollars selling products which cause addictions, terminal diseases and death. Two examples are the tobacco companies and most recently the Sackler family and Purdue Pharma, who are being prosecuted for their part in contributing to the opioid epidemic.

In the July 31 article in the Longmont Leader, “Oil and gas association takes aim at researcher’s findings regarding emissions in Longmont,” the CEO of the Colorado Oil and Gas Association (COGA) blasted the scientist that Longmont has contracted for air quality monitoring. In the article, Dan Haley, CEO of COGA, said, “The findings from controversial research scientist Detlev Helmig are driven by his distaste of the oil and gas industry and studies that show oil and gas emissions are no more harmful than those coming from the family lawnmower.”

These statements are similar to ones made by the tobacco industry and Purdue Pharma when they were starting to be made accountable for their industries’ harmful activities. This is a weak defense but understandable given the declining market for the gas and oil industry. It is troubling that COGA has so much influence in our public universities and our local newspaper. John Spina was fired by the Times Call and Dr. Helmig by the University of Colorado after the readings at Longmont’s monitoring stations were made public.

In February, I was contacted by residents about unusual activity around the Stamp well on the northwest bank of Union Reservoir. It wasn’t until May that TOP Operating, owner of the well, reported a leak and ground contamination. This well is so close to our reservoir that I’m concerned about water contamination.

I support renewing Dr. Helmig’s contract with Longmont for air quality monitoring. It is my duty as a council member to advocate for the health and welfare of our residents both in the city as well as the county. With our current COVID pandemic, we must be made aware of the affect the emissions from the flaring and leaking of fluids from the oil wells that are being fracked. Anyone with lung problems and autoimmune diseases are at risk. Benzene is one of the VOCs monitored at Union Reservoir. The World Health Organization states there is no safe level. The levels given by EPA are based on adults during a work week, not children who may be exposed 24 hours a day. Benzene can cause a wide array of issues including leukemia and other types of cancer. (emergency.cdc.gov/agent/benzene/basics/facts.asp)

We can all monitor the air quality in Longmont on a daily basis by going to bouldair.com/Longmont.htm. This website works best on Google Chrome. If the air quality is bad, consider staying inside and closing your windows. My hope is that Senate Bill 181 can give municipalities more authority and control over air quality.

Joan Peck is a member of Longmont City Council. The comments and opinions expressed here are her own and do not represent Longmont council as a whole.

Congress should lower drug costs, but look beyond numbers