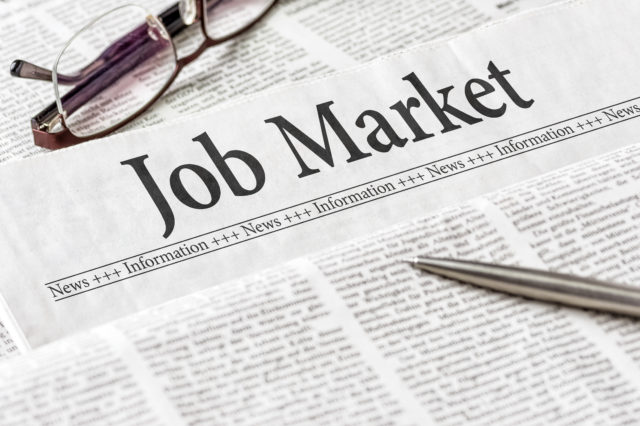 Noticing all the rosy accolades about the job market in the commercial media, one would think the economy is on cloud nine and workers are in hog heaven.

“Employment gains were particularly strong in restaurants and bars, which added nearly a hundred and twenty thousand jobs.”

These are just a couple of examples of the ecstatic media pronouncements of workers’ deliverance from the COVID doldrums. We all should be popping the champagne corks.

Yet, as many might suspect, reality exists in a different universe. First, restaurants and bars are among the lowest paid professions, nowhere near what manufacturing used to pay before millions of those jobs were shipped to China and Mexico under various bipartisan trade agreements since 1994, as low wages, lax environmental and workplace regulations and currency manipulation have priced US workers out of the global market or forced them to accept much lower pay. If we’re gauging the economy on the lowest-wage jobs, we’ve certainly reached the lowest common denominator.

Another job market reality not presented by the corporate media is the true state of “unemployment”. Statistics reported to portray the situation are cherry-picked to paint the brightest possible picture so struggling workers won’t see a systemic problem, but blame themselves instead. The statistic almost exclusively quoted in the media is the U-3 unemployment rate that now stands at a seemingly respectable 4.6 percent. But this measure paints a distorted picture. It excludes discouraged job seekers who stopped looking in the past four weeks and part-time workers who want full time work. It also excludes those toiling at a below subsistence wage. Another measure, U-6, which includes the first two groups, is almost never reported. Adding workers who don’t earn a living wage, pegged at $20,000, to U-6, the real un-and-under-employment rate was 25.1 percent in September.

These more descriptive figures might give one a clue why a whopping 71 percent of Americans think the economy is moving in the wrong direction according to an October NBC poll. Add to that the fact that surveys reveal the vast majority of Americans are struggling with financial issues that the recently created jobs fail to ameliorate. Lending Club reported in July that 54 percent of consumers live paycheck to paycheck and 21 percent are struggling to pay their bills. In April, Career Builders reported 34 percent of women and 45 percent of Black Americans accepted a pay cut to become employed again after leaving their jobs during the recession.

As the economy is shredding the American Dream, the Democratic-controlled Congress has wasted much of the year failing to pass legislation that might improve the economic situation for most workers. Obstructionists on both sides of the aisle spend more time trashing proposals that could actually help people, instead blaming “minorities,” “immigrants,” and “big government” for the economic pain their constituents may be feeling. But hey, be happy. The economy’s booming for millionaires and billionaires . . . ain’t it?